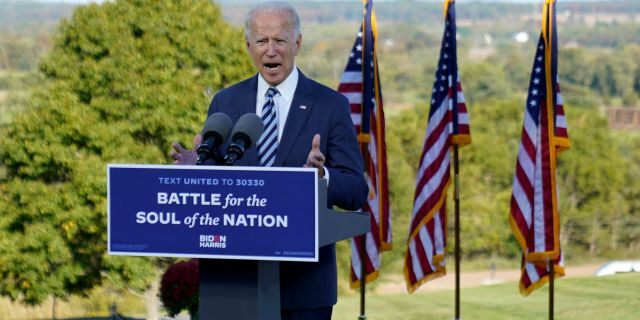 These three words are enough to make me sick. Why? Because as my friend Steve Silbiger reminded me, in 1987 when Biden was running for President he bragged that “we Delawareans were on the South’s side in the Civil War.” He also touted the fact that George Wallace once praised him as one of the outstanding young politicians in America.

That’s not all. In the 1970s, Biden worked closely with arch-segregationist James Eastland. He boasted about their relationship just a few years ago when campaigning for Doug Jones.

If great historical figures like John Witherspoon are to be removed from the pantheon for some of their positions on racial matters in the 1760s, I don’t why Biden should be let off the hook for his stances on such matters in the 1970s and 80s. It wasn’t common in the 70s and 80s for people outside of the South to be sympathetic towards the Confederacy or towards segregationist Senators.

No one I knew in my home state bragged about the allegiance many Marylanders had to the “South’s side in the Civil War.” But Joe Biden boasted about Delawareans’ treasonous stance.

Kamala Harris, now Biden’s running mate, understood the problematic nature of Biden’s past views on race. Unfortunately, she picked the wrong view with which to quarrel. Wanting to inject herself into the picture (as the first grader riding a bus to a desegregated school), she focused on Biden’s opposition to school busing — one of the few sensible positions he has ever taken.

But Harris’ more general concern is valid. Biden wasn’t on the right side of the struggle for civil rights in the 1970s and 80s. He straddled the fence, playing for both teams, in effect.

The hallowed grounds of Gettysburg are not for fence sitters. Joe Biden has no proper business being there, except perhaps as a tourist.