Livetweet thread: The most important VP debate in U.S. history? 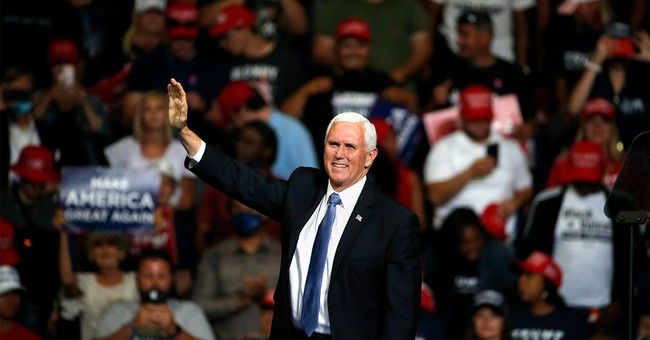 There’s no such thing as an “important” VP debate, really. In the end, voters decide based upon who’s at the top of the ticket. But tonight should work out well for the GOP for two reasons. One: Pence is a calming presence and sounds like he knows what he’s talking about, which will reassure voters in our nervous wreck of a country. Two: Kamala Harris is a much riper target for attacks that Democrats have been captured by the left than Joe Biden is. And those attacks may connect with voters more powerfully in a year when the Democratic nominee is 77 and not always the picture of mental sharpness. She has a better-than-usual chance of inheriting the presidency if elected VP. Convince the public that she’s a far-left crank and that might give some Biden leaners cold feet.

As for the optics, there’ll be two small plexiglass dividers between the candidates to protect them from COVID transmission. Photos of the set-up look simply ridiculous — as one Twitter pal said, it’s not as if cigarette smoke can’t travel around a minor obstacle — but they’re useful to Harris as a visual reminder for viewers of the outbreak that’s overwhelmed the White House. This debate should have been done remotely or outdoors, for maximum safety, but oh well.

The event starts at 9 p.m. ET. The CSPAN feed is embedded below in case you’re watching on a laptop. Beneath it you’ll find live Twitter reaction from editors at Hot Air and our four sister sites, Red State, Townhall, Pajamas Media, and Twitchy. The window will update automatically. Just keep this tab open in your browser.