Pence slams Democrats for ‘trying to overturn results’ of 2016 election, says he has ‘confidence’ in Trump victory 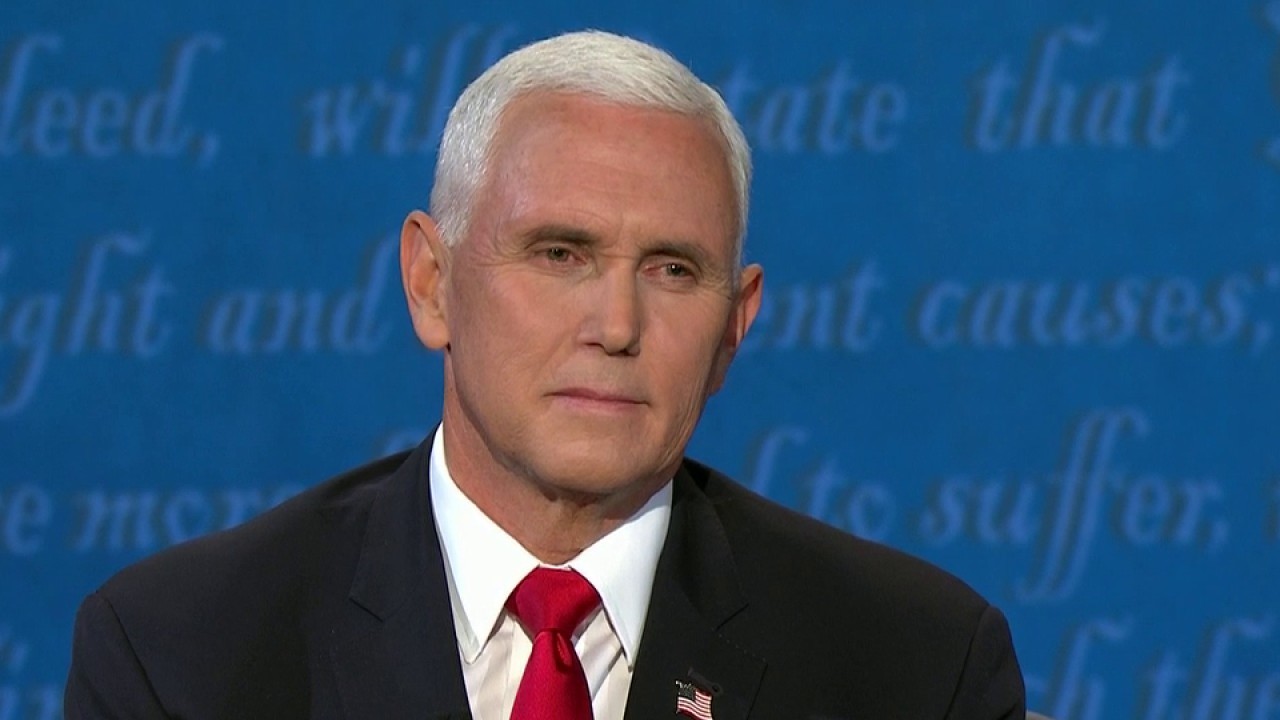 Vice President Pence slammed Democrats Wednesday night for spending “the last three and a half years” trying to “overturn the results” of the 2016 election, after being asked whether the Trump administration would accept the results of the 2020 race should they be defeated.

“When you talk about accepting the outcome of the election, I must tell you, Senator, your party has spent the last three and a half years trying to overturn the results of the last election,” Pence said during Wednesday night’s vice presidential debate.

“It’s amazing,” Pence said. “When Joe Biden is vice president of the United States, the FBI actually spied on President Trump and my campaign.”

“There were documents released this week that the CIA made a referral to the FBI documenting that those allegations were coming from the Hillary Clinton campaign,” Pence said. “We’ve all seen the avalanche with what you put the country through for the better part of three years, until it was found that there was no obstruction, no collusion, case closed.” Pence said, referring to documents, first obtained and reported by Fox News, that Director of National Intelligence John Ratcliffe declassified this week.

Ratcliffe declassified the handwritten notes of former CIA Director John Brennan, which were taken after he briefed former President Obama on intelligence that the agency received which showed Clinton’s purported “plan” to tie then-candidate Donald Trump to Russia as “a means of distracting the public from her use of a private email server” ahead of the 2016 presidential election.

Ratcliffe also declassified a CIA memo, which revealed that officials referred the matter to the FBI for potential investigative action.

“Per FBI verbal request, CIA provides the below examples of information the CROSSFIRE HURRICANE fusion cell has gleaned to date,” the memo, sent to former FBI Director James Comey and former FBI agent Peter Strzok, read. ““An exchange [REDACTED] discussing US presidential candidate Hillary Clinton’s approval of a plan concerning US presidential candidate Donald Trump and Russian hackers hampering US elections as a means of distracting the public from her use of a private email server.”

The memo is heavily redacted.

Meanwhile, Pence went on to slam Democrats for impeachment earlier this year.

“Sen. Harris, you and your colleagues in the Congress tried to impeach the president over a phone call,” Pence said.

At the center of the inquiry was Trump’s efforts to press Ukraine to launch politically related investigations — regarding former Vice President Joe Biden and his son Hunter’s dealings in Ukraine, as well as issues related to the 2016 presidential election.

The president’s request came after millions of dollars in U.S. military aid to Ukraine had been frozen, which Democrats argue shows a “quid pro quo” arrangement. Trump has denied any wrongdoing.

The president was acquitted on both articles of impeachment by the Senate in February.

Pence, though, shifted, pointing to comments recently made by Clinton, in which she said “under no circumstances” should former Vice President Joe Biden “concede the election.”

“Let me just say, I think we’re going to win this election,” Pence said. “President Trump and I are fighting every day in courthouses to prevent Biden and Harris from changing the rules.”

Pence, as the president has done repeatedly throughout the 2020 campaign, warned against universal mail-in voting in some states, which they said present the opportunity for “massive” “voter fraud.”

Nevertheless, Pence said that he and the president “have confidence” in the election, and believe they will win.