An Academic Responds to His Cancellers 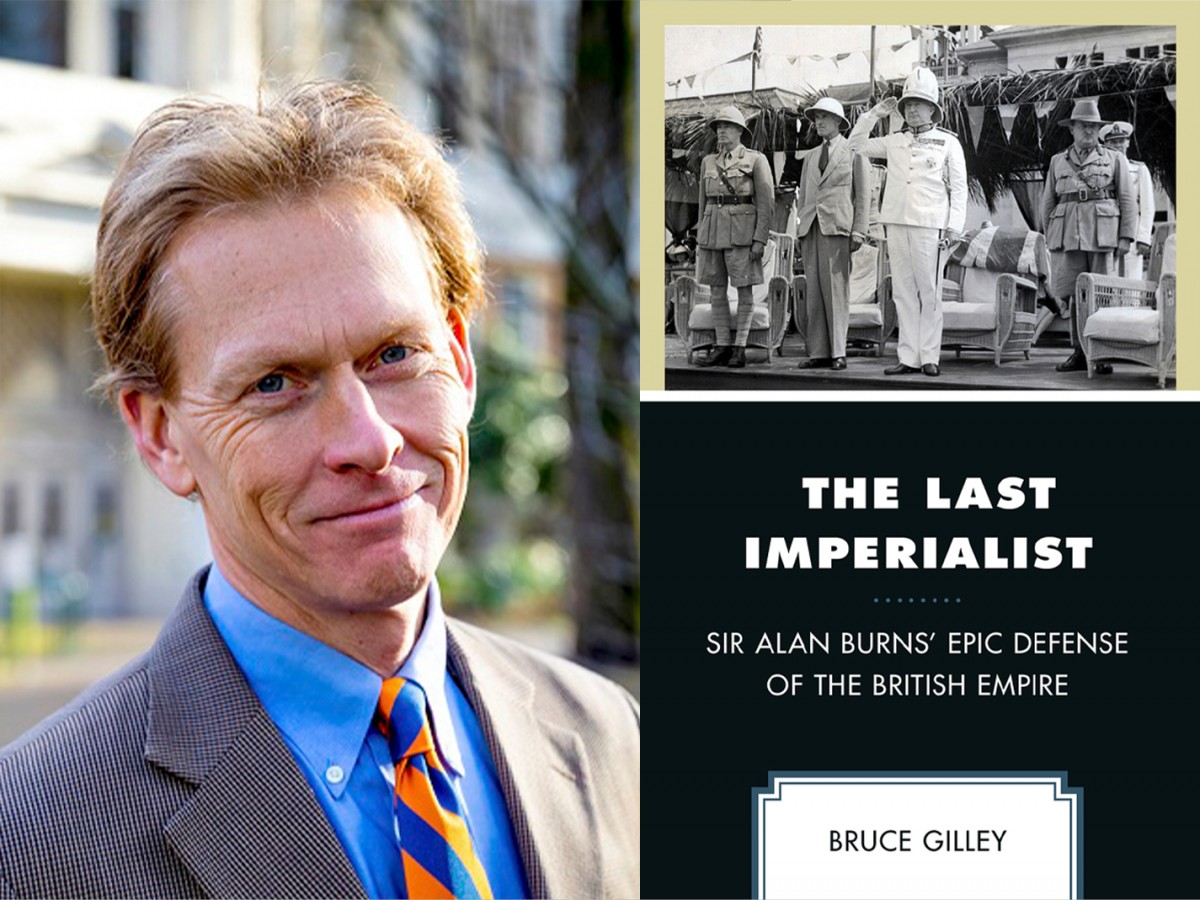 On October 8, Jed Lyons, the chief executive officer of Rowman & Littlefield Publishing Group, wrote an email to Dr. Andrew Nathan of Columbia University explaining why the publisher had cancelled my book The Last Imperialist as well as the book series, Problems of Anti-Colonialism, of which it was to be a part. Nathan had written a letter to the publisher on October 3 expressing his “dismay” at the cancellations, which followed a social media petition. As Nathan concluded: “When a publisher yields to pressure to reverse its decision to publish a book that has passed peer review and editorial review, it does great damage to the cause of academic freedom.”

In his email of response, Lyons insists that the editors “have tried very hard to straddle the political divide by publishing books by authors with a wide array of political points of view. In making publishing decisions, we do not discriminate against conservative authors any more than we do liberal ones.”

The reason for cancellation in this case, he explains, was not the political pressures of a petition campaign launched on September 26 that had gathered steam on social media. Rather, “we were made aware of problems regarding his previous work.” To illustrate, Lyons provided a link to an online commentary published by the Cato Institute in 2017, noting “Cato is hardly a left wing think tank.” Thus, the cancellations were not acts of censorship or political ideology but about upholding standards: “We trust their judgement as well as that of other detractors of Bruce Gilley’s academic work.”

The article he linked to was “The Case Against ‘The Case for Colonialism’” written by an adjunct scholar in the Cato Institute’s Defense and Foreign Policy Department, Sahar Khan, and published on the Cato website on September 19, 2017. It was a response to my article “The Case for Colonialism,” that was withdrawn from the Third World Quarterly with my consent days later in the interests of the physical safety of the staff of the journal.

Let’s start with obvious points of form. If the publisher had these concerns, why did it not let me know, and why am I finding out via a letter to a friend? In addition, whatever debate sparked by “The Case for Colonialism” article, how did that affect my book The Last Imperialist, which is a biography of a colonial official that passed peer review and carried endorsements from two giants in the field of colonial history, Jeremy Black and Tirthankar Roy? More broadly, I am the author of five academic press books and countless articles, which have together been cited more than 4,400 times. Why did the furor over one article justify the cancellation of a completely different work?

To the more general point about that furor over the 2017 article, there have also been many scholarly defenses of the article, and criticisms of the hysterical reactions it elicited from the academic community, including the one that Lyons sent to Nathan to justify cancellation of my book. As one Canadian critic wrote: “To read the reaction, you’d think he’d fed a puppy into a tree shredder live on the internet.”

As it happens, I have been working on a journal-length rebuttal of those criticisms. My main point, to spoil the ending, is that the so-called “errors” of my article are not errors at all, but rather are self-referential appeals by anti-colonial scholars to the shoddy scholarship of other anti-colonial scholars. The rot in colonial history, I conclude, is very deep indeed. Nothing short of a complete rewriting of almost everything published in the last half century about colonialism will allow us to recover something like an authentic history of that period.

Still, many will remain unconvinced, and that’s OK. Such debate is at the heart of the scholarly, and more broadly Western democratic, tradition. What is worrisome is that a major private publisher has decided to take sides after a quick Google search and then uphold its decision as based on “academic standards.”

Let me then address the specific arguments made in Khan’s article for Cato. For good measure, I will also respond to the elaborated critique that Khan wrote in another article, “Libertarians Shouldn’t Accept the Case for Colonialism,” published on October 9, 2017.

Before addressing specific charges, it is important to note the ways that Khan writes herself out of authority from the get-go. One of the key points of the prosecution against me in matters of colonial research has been that I am a political scientist who did not earn his doctoral credentials in colonial history. The same, as it happens, is true of Khan, a political scientist who specializes in contemporary security issues. While I have published three peer-reviewed articles on colonialism (one in the leading journal African Affairs), Khan has published nothing in this area as far as I can tell. It is not clear with which disciplinary credentials she is charging me with academic ignorance.

Secondly, while Cato might not be a left-wing think tank, as Lyons notes, Khan is most assuredly a left-wing scholar. Her writings sit squarely within the center-left mainstream of the American academy. She wrote darkly about my article being part of “President Trump’s apparent sympathy for radical right‐wing groups.”

Khan also weakens her authority by beginning her September article with the disclaimer: “The problem is not that the article is offensive (which it is).” In fact, dozens of powerfully argued books and articles by reputable scholars have argued the case for colonialism over the years. If Khan finds that “offensive”, and believes it is part of some Trumpian conspiracy, how can she possibly be in a position to objectively judge the arguments and the evidence?

Finally, showing her ideological hand rather too well, Khan insists that my article shows “there is a need to decolonize International Relations and other literatures.” To make a long story short, the “decolonize research” agenda is a far-left, anti-Enlightenment attempt to wrest political power from existing knowledge systems by declaring the old rules of evidence “racist” (or whatever the latest calumny is).

So without knowing any of her charges, Khan is hardly a reliable witness for Lyons to cite in making a major decision such as cancelling a book and series. But put all this aside.

Khan makes five major complaints against my article in her double-barreled assault. One is that I cite the research done by the British scholar Berney Sèbe concerning the resurgence of colonial heroes in national narratives in Africa but that I fail to agree with Sèbe’s conclusions about what it all means. I interpreted the evidence he marshals as evidence that (as many others have argued) post-colonial narratives about the joys of decolonization are on the wane. Khan charged that I “ignore postcolonial scholarship” that can never bring itself to say this and thus ties itself in jargon-ridden, self-contradictory knots to avoid it, as Sèbe does. Guilty, as charged, your honor. But hardly problems in my scholarship.

Next, Khan says I am wrong to say that decolonization was “sudden” which is, she tells us “empirically inaccurate” because calls for decolonization had existed for decades before the burst of departures from roughly 1946 to 1966. “This may be news to Gilley but decades of emancipatory struggles is not ‘sudden’.” To put it simply, I did not say “emancipatory struggles” were of recent vintage, although I think that is true too. I said decolonization, the act of going from colony to independent state, was an unexpected and rapid development in most places. This may be news to Khan, but that is the overwhelming consensus of the literature, and it is certainly the testimony of people like Sir Alan Burns who were actually there.

The biggest piece she bites off is to say that my claims that overall colonialism was objectively beneficial to subject populations across a range of issue areas, as well as subjectively legitimate among them, is wrong and that this has been “thoroughly documented and researched.” Therefore there is no debate. One piece of evidence: “The British exploited differences between the Hindu and Muslim communities in the sub‐​continent, creating deep resentments and divisions that persist today due to the 1947 Partition.” That very old saw about how colonialists magically conjured ethnic resentments ex nihilo is out of date, to say the least, as evident in the work of people like Camille Lefebvre at the French National Center for Scientific Research.

To the larger issue, it is true that I did not sufficiently document the research supporting those larger conclusions. I have since produced what is in effect the missing bibliography of the paper, Contributions of Western Colonialism to Human Flourishing. To put it politely, the anti-colonial emperor has no clothes.

Fourth, Khan makes the claim that it was not the anti-slavery campaigns of colonial powers like Britain that put an end to the global slave trade and then to slavery itself but “decolonization and wars of independence.” That is flatly contradicted by that old friend of the historian, chronology. Most slavery had disappeared by the mid-19th to late-19th centuries as a result of imperial expansion. Independence did not come for a century more. How can a cause come a century after an effect? Khan’s claim here is very far outside mainstream scholarship on the end of slavery.

Fifth, she rejects my consideration of new “charter city” colonies created voluntarily between rich and poor countries because of “the repressive nature of colonialism and the avenues it provides for gross violation of human rights.” Yet even from the “libertarian” perspective she urges on her readers, colonial rule brought far more freedom (especially for women and minorities) than the most likely alternative in those times and places. No one seriously doubts that except perhaps some Hollywood executives making action-hero movies about fantasy African states. It also reflects a remarkable degree of historical amnesia about what has been going on in most of the former colonial areas, including her homeland of Pakistan, since so-called “independence.” If colonialism offended libertarian values, sudden, unprepared independence was far worse.

Finally, Khan is bold enough to charge that colonialism impoverished the colonized, a claim whose rejection occupies several pages of research listings in my online bibliography. She also gives us this sentence: “Colonialism first and foremost was about mercantilism, an economic system that prioritizes the state’s ability to accumulate wealth, not on the people’s access to this accumulated wealth.” Whatever the distribution of wealth, no colonialism means no wealth. Even her own sentence implies this.

Khan’s articles, and Rowman & Littlefield’s attempt to take shelter behind them, are evidence of how badly needed alternative sources of information are. Many people will disagree with my arguments and continue to publish rebuttals. That is as it should be. But for a major publisher to take sides in the debate and then claim it is upholding freedom and political neutrality is a sad moment. It does no service to anyone’s values—liberal, conservative, or libertarian.

Bruce Gilley is professor of political science at Portland State University and a member of the board of the National Association of Scholars.