Here's Why AOC's Chris Wallace Tweet Is Causing Such A Stir 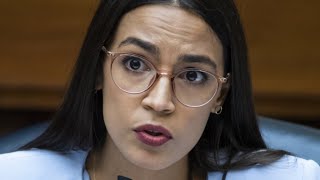 Alexandria Ocasio-Cortez wasn’t physically present at the 2020 presidential debate. But she was watching, virtually, when the event’s moderator, Fox News Sunday’s Chris Wallace began losing control over the presidential back and forth.

Wallace, as many noted, was rendered totally unable to control a debate that quickly devolved into, well CNN’s Jake Tapper probably said it best.

Ocasio-Cortez had her own sly take on the disastrous proceedings.

It’s not that Ocasio-Cortez was the first person to point out that the debate was spiraling out of control. By the time AOC tweeted, everyone and their great aunt twice removed was collectively screaming at Wallace from their virtual soapboxes. Even Trump’s former lawyer, Michael Cohen, was moved to speak, begging via Tweet:

“@JoeBiden can’t finish a single sentence before the petulant child known as @realDonaldTrump interrupts. Chris Wallace needs to do something.”

It’s that AOC’s analysis is leagues above all others. That’s no real surprise. In 2019, The Guardian declared what social media users already knew: The rising star of the Democratic Party had officially “beat” everyone on Twitter. And the publication had the stats to prove it. In less than a year, between June of 2018 and February of 2019, Ocasio-Cortez’s Twitter following increased by 600 percent. On presidential debate night, September 2020, she had a whopping 7.5 million eager Twitter followers, soaking up her social media genius.

So what’s the tweet that had social media buzzing? You might not understand it at a glance. Ocasio-Cortez tweeted,

“Someone call el chacal de la trompeta on Chris Wallace because this is very much an ‘y fuera’ situation.”

Don’t know Spanish? We’ll break it down for you.

As some of Ocasio-Cortez’s Twitter followers have pointed out, Sábado Gigante is almost the Latin American equivalent of The Gong Show, almost. Because it’s also much, much more than that.

Slate describes the show, which ran for over half a decade, as a, quote, “combination of Maury, The Price Is Right, and American Idol.”

Amid Tarzan impersonators, bullfighters, llamas, and time machines, there was a time carved out on the show for hopeful singing contestants, eager to impress the public. Their hopes were almost always, inevitably crushed by “el chacal de la trompeta”, in English, “the jackal with the trumpet.”

As a character, “el chacal de la trompeta” is a little bit hard to describe. He dressed in black, a parody of a Mexican luchador, and sometimes mysteriously carried around giant popsicle props. When he sounded his trumpet, the show’s singing contestants’ time was up. Another man, dressed as a lion, would then enter, stage center, and gobble the contestants up to sounds of appreciative applause.

That’s where the “Y Fuera”, loosely translated as “get out of here” comes in.

Sábado Gigante, was clearly, as Slate observed, “a universe unto itself.” Which was exactly AOC’s point. Watching the presidential head-to-head, the Representative from New York saw not a debate, but an alternate reality, a mix between the Twilight Zone and a circus.

In case you needed further confirmation that her analysis was on point, the morning after the presidential debate, Ocasio-Cortez’s tweet was plastered all over Latin American media as a de facto summary of what went down between Trump and Biden.

And, if the tens of thousands of likes and retweets on the post are anything to go by, a lot of people feel like the first 2020 debate was a bizarre game show, from which debate moderator Chris Wallace deserved to be booted off.

“GIRL….I am screaming at this reference, damnit I love you even more”

Another nominated her for a new job, saying,

“I vote for you to be the moderator.”

Some fans went further, still, cutting to the chase and begging Alexandria Ocasio-Cortez to put her name on a future presidential ticket. One AOC fan wrote,

“Technically you’re the Congresswoman from NY, but you speak for all of us. I hope to vote for you for the national office soon.”

Another voice chimed in, saying,

“i’m begging you to run for president in 2024, youll turn 35 the October before the election and you’re the kind of person we need”

To which another boldly replied,

“AOC alone can save the world.”

Ocasio-Cortez, of course, will have to wait until she’s 35 to throw her hat in the ring.