Mike Pence got the debate buzz, but Obama is the real Lord of the Flies 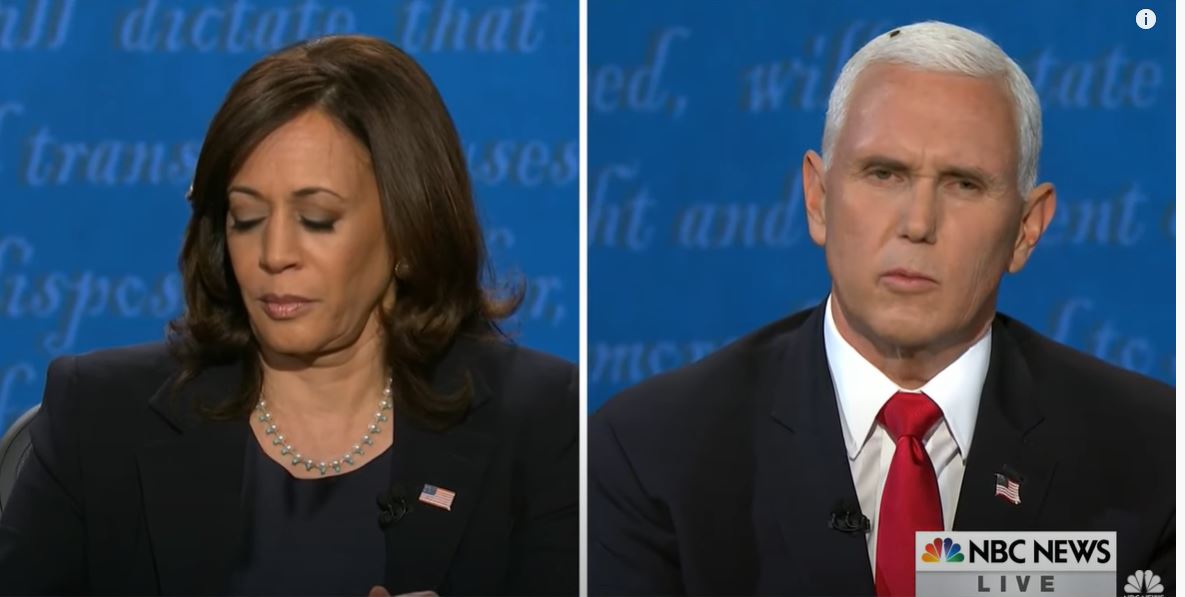 The leftist community is all abuzz about a fly landing on Vice President Mike Pence’s head, and remaining there for a few minutes, during Wednesday’s debate with Senator Kamala Harris. Dubbed #flygate on the Internet, the uninvited debate attendee inspired quips and comments, and not just because he was unmasked and uninterested in social distancing. And of all the reactions, perhaps the most striking is the claim that the fly’s treating Pence like a bowl of molasses doesn’t mean the vice president is sweet — but rather, is devil-influenced.

This is good to know, because none other than Barack Obama seemed to attract flies like Joe Biden does Russian money.

The man advancing the mark-of-the-devil theory is Steve Schmidt of the Lincoln Project, a pseudo-conservative, anti-Trump super PAC. “That’s a sign all through history of sin, and historically, biblically…. He who commands the fly has always been seen historically [as having] the mark of the devil,” Schmidt explained Thursday to chuckling MSNBC host Ari Melber.

Melber asked whether Schmidt was joking. The “fly could have landed on anyone,” he noted. “Yes,” Schmidt replied, maintaining a serious tone. “But it didn’t; it landed on Mike Pence — and it says something” (video below). Perhaps it says that Schmidt judges insect behavior as well as he does political candidates.

My take on the fly’s motivations is that he was seeking safe haven, terrified that, though Harris emitted an appealing pungency, invading her personal space could mean being snatched midflight by a bungee-cord-like tongue.

(Harris certainly has a sharp tongue. The Left is giddy over the repeated “I’m speaking” line she directed at Pence, believing she delivered it like a pro. And why wouldn’t she? I’m sure her husband has heard it a lot.)

Strangely, Schmidt’s demonological analysis wasn’t offered up by the establishment regarding Obama, even though he seemed so bedeviled by flies that his Secret Service should have been accompanied by a SWAT team. Just consider the 2015 video below of Obama contending with a fly that apparently didn’t appreciate his remarks about health care.

Then there’s the following CNBC interview, in which Obama swats a fly and then boasts about having murdered the insect (PETA could not have been happy).

As for Pence, another theory is that his visiting fly simply wanted to, for a change, trade its usual putrescence for purity. But, hey, leftists and their enablers are the people who, immersed in darkness, believe pentagrams should accompany Nativity Scenes at Christmastime and that Satanism belongs in schools. So far be it from me to question their knowledge of the ways and wiles of the Prince of Lies.