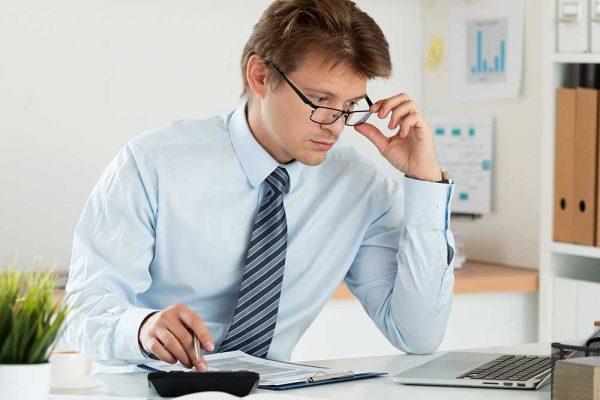 Soon after I graduated, I found myself running movie theaters. Like all businesses, cinemas are audited to make sure the managers and employees are honest, but my company had a problem – they had over 450 locations and wanted each theater audited twice a year, but they only had four professional auditors to do that. So, the workaround was that the senior managers in cities – like me – were trained to audit other locations. I found that I liked the work; learning to read details was not only important in proving the health of a business, but I learned that small things could reveal hidden truths. After I left running cinemas, I joined a health-care network and became a site auditor, evaluating practitioners and facilities for compliance in things like patient document privacy and medication security. Again, I found that what you see on the surface may be different from the true condition.

So here we are, finishing the first week of October and the media has put out new polls showing Biden with a big lead. There are a lot of people on the left crowing about how Trump is doomed, it’s too far to come back, yada yada yada.

So with the exception of CNN and IBD/TIPP, what we see is that the new polls are not really much different from their average over the last half-year. This is important, because that’s not normal for valid polls. Half a year ago, Biden was still struggling to convince Democrats to support him as their nominee, while President Trump still enjoyed some respect for his economic accomplishments prior to the pandemic. The idea that Biden has consistently maintained a 7 to 8 point lead over the last half year, somehow never coming up behind Trump in any of the media-sponsored polls, looks fishy.

What I mean is that challengers generally struggle to build support. Reagan crushed Carter in 1980, but his support showed up slowly, so that October polls in 1980 still showed Carter leading. Obama crossed 50% support in the summer of 2008, but was not consistently rated at 50% pls until October, and even then traditional polls like Gallup stubbornly kept him at 49% … but we’re supposed to believe that Joe Biden somehow collected and coalesced support to get him an average of 50% plus on a consistent basis since February?

That’s hard to accept without some empirical evidence, and poll headlines by themselves do not meet that standard.

So I had some fun and looked at some of the new polls showing Biden’s “new” big lead.

First up is that CNN poll. A sixteen point lead is a big deal, certainly no one else has Joe Biden that far ahead, so I wanted to see just what caused that big lead.

Here’s the poll for anyone wanting to see for themselves.

Short version, this is a very Emo poll. Lots of questions about Global Warming, who “cares more” about Racial Inequality or making sure the election loser concedes right away.
There’s not a lot of useful information in the first 21 pages, except that SRSS uses mixed methods to contact people, including landline and cell phones. Their party affiliation split was 39% Independents, 33% Democrats and 28% Republicans, even though the 2016 actual affiliation split in voters was 36% Democrats, 33% Republicans and 30% Independents. That squirrely playing around with numbers has happened all year long.

Starting on page 23, I finally found some useful numbers. The Biden lead mostly comes from a 66-32 split from women voters. I was amused to see that instead of breaking race down to the normal White/Black/Hispanic/Asian, CNN simply goes with ‘Whites’ and ‘Ppl of Color’. CNN tries very hard not to go into details. Small wonder since “people of color” in this poll gave Trump 27% of the vote and 32% Job Approval. Do the math and this could be very interesting.

Now on to NBC/Wall Street Journal. That October 4th release can be read here, and starts with a very strange question. Q2b asks if the respondent is Hispanic, then Q2c asks for the respondent’s race. This is interesting, because 10% said they were Hispanic in Q2b but only 5% said Hispanic for Q2c. At the very least this demonstrates sloppy methodology by the poll.

The NBC/WSJ poll never bothers to break the vote down by demographics. They also use a weird party affiliation breakdown which either works out to 35% Democrats, 27% Republican, 32% Independent and 6% ‘other’, or 45% Democrats, 36% Republicans, 13% Independent, and 6% other, depending on what way “lean” should be taken. Either way it does not match actual 2016 voter affiliation splits.

Garbage, by any professional standard.

Finally, I looked at the 12 point lead in the October 7 Reuters/Ipsos poll.

As you can see, they are very big on graphics, but lousy on actual data. They squirm like NBC on the party affiliation, so you have either a 33% Democrat, 28% Republican, 30% Independent or 42% Democrat, 36% Republican, 13% Independent split. So like the others, the party affiliation is once again thumb-on-the-scale time. But what I find fascinating is that, again like CNN and NBC, Ipsos wants to avoid talking about how much support Black voters are giving to Biden and Trump. That’s very interesting, given that Ipsos would not hesitate to brag about Biden’s support if he were pulling numbers similar to Obama’s results.

But if you look at internal details from polls, some interesting things pop out. For example, the Economist/YouGov poll says that Independent voters prefer Trump, 47% to 42%. But by counting Republican participation at only 27.3%, they can fudge the numbers to show a 9 point lead for Biden anyway.

The FOX poll gives Biden a 53-43 lead overall, but they note that respondents think their neighbors will vote for Trump, 48% to 39%. Voter expectation data has proven to be more accurate than stated support in close races, yet FOX leaves that out in their summary of the poll. That FOX poll, by the way, counts Democrat participation at 49%, higher than any historical result in any actual election.

The most recent IBD/TIPP poll also says voters expect Trump to win, in their poll 45% to 36%. IBD also shows Trump getting 15% of the Black vote and 36.5% of the Hispanic vote, despite giving Biden a 2.7 point lead overall.

The newest Hill/Harris poll gives Biden a 7 point lead but gives Trump 17% of the Black vote and 31% of the Hispanic vote.

Finally, the most recent CBS News/YouGov poll says Independents break for Trump, 47% to 40%. Biden gets his 10 point lead because CBS counts Democrats 9 points higher than Republicans in their poll.

What I see when I look at the polls, is a curious trend towards rising Independent support for Trump, improved support from both Blacks and Hispanics, and voter expectation supports Trump, to the point that a number of polls have stopped asking that question, apparently because they don’t want to know the answer to that question.

The consistent level of support for Biden in those polls does demonstrate that there is a base of anti-Trump hatred. But that kind of emotion tends to rise and fade, it does not stay steady, especially when there is evidence that Trump is winning support from key demographics.

Back in June, I wrote an article about who does polling, and about the focus and bias of the various groups who perform polls which are released to the public.

The race is far from over. It’s vital for us all to vote, and to stay energized, because the polls we see published and lionized do not have the substance to match the claims made on TV and on websites.