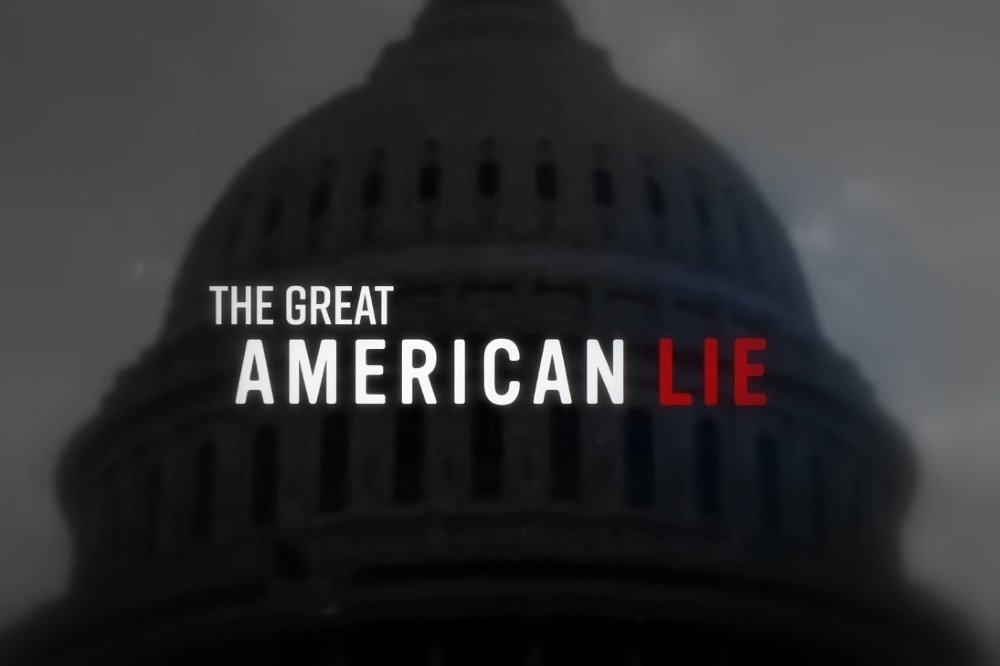 Jennifer Siebel Newsom pulls no punches with the title of her latest documentary: “The Great American Lie.” According to Newsom, America doesn’t fall prey to human error or mistakes in governance; no, America “lies” that it is founded on the idea of equality, which has allowed white males to hold down women and minorities for centuries. A collection of leftist pundits, journalists, and academics expound on this “lie.”

Inevitably, the documentary’s conclusion lands right on critical theory’s rocky shore: America’s founding at the hands of white males is so inherently racist and sexist that all negative life experiences can be attributed to it, and radical change is necessary to correct it. While Newsom never tells us what that radical change might entail, if viewers know anything about the French, Bolshevik, or Maoist revolutions, they should recoil in horror.

Siebel-Newsom is the wife of California Gov. Gavin Newsom and thus the self-titled gender-inclusive “first partner.” She scolds the United States for being greedy and uncaring, despite the American people’s astounding charitable donations.

Her experts are doing well, however, such as a school principal at more than $112,000 in salary, an NBC personality at more than $2 million per year, and of course the Newsoms themselves, reportedly worth $20 million from businesses financed by a close family friend and uber-wealthy Gordon Getty of Getty Oil. Perhaps the governor took business advice from other wealthy kin, like Nancy Pelosi.

It is, of course, all perfectly legal and commendable for a wealthy family to sponsor a bright young man in business and politics. It also looks an awful lot like an aristocracy — or a bipartisan, rent-seeking division of the informal Ruling Class.

With ominous bass notes sounding in the background, the film opens with two immigrant children walking down a rough street expressing hope for their American dream. We are led to believe that they are sadly naïve, as they sit in class wide-eyed with fright at the mention of Trump’s name.

For most of the documentary, as in this scene, Newsom’s argument rests on anecdotes and opinions. Yet, for every anecdote she presents, most of us, of course, can recount others. Like my friend who came to the United States legally with her mother and two brothers who are now doctors, and who is now a registered nurse.

Of course, it’s worth remembering that except for a brief interregnum with nominal Republican Arnold Schwarzenegger at the helm, her husband’s party has ruled California exclusively for the past 20 years. After the defeat of ballot initiatives at the hands of powerful unions, The “Governator” simply gave up trying, hired a Democrat chief of staff, and signed whatever that staffer put on his desk, including the ruinous Global Warmings Solutions Act.

So California, the sixth-largest economy in the world, should be by now an exemplar of income equality, right? Not so. The state currently leads the nation in poverty, homelessness, and unaffordable housing and energy costs.

Sadly, Newsom’s husband’s new plan reflects the state’s trend towards more of the same. He even proposes government-provided child care for every child’s first three years, as if K-12 were not adequate evidence of government failure, plus more regulation and redistribution elsewhere.

The data show income inequality, but the documentary never pinpoints the cause, instead suggesting more wealth redistribution. The film ignores that since the War on Poverty began in 1964, the U.S. government has redistributed trillions of dollars to combat poverty.

Even the Washington Post admits that, if not the exact figure of $15 trillion oft-cited by right-leaning sources, taxpayers have spent vast amounts on social programs in the past 60 years. Increases in government spending on schools have resulted in zero net gain in student performance. So why is more spending the answer? The school principal we follow rightfully rails against the “system” but never mentions competition to replace this very system.

The viewers would do well to compare and contrast the governor’s wonky, control-freak plans with the President Trump economy. Both men have had to adjust to new realities because of COVID-19 yet Trump’s plan has resulted in astounding growth, the lowest unemployment ever for black Americans and Latinos, and the ability for America to begin energy independence, making the Middle East oil card unplayable.

The film also bemoans the lack of affordable housing in the state. Again, Newsom uses the editorial “we” to ask why “we” have not provided adequate salaries or lower-priced homes for the middle and working classes. She does not address analysis by land-use experts like Joel Kotkin, who cites California as an evolving progressive feudal society, with lords like the Gettys and Newsoms living far better lives than the service workers below them. But cutting off the land from development means we have our precious open space, say the bien-pensant!

We have all seen this narrative before: the destruction of industry, the persistent poverty in the inner cities, the failures of government schools, constant violence in the schoolyard and the street. The blame — or the “lie,” as she puts it — is not in the nation’s founding. No, the lie is inherent in leftism and globalism.

A cynic might surmise that these films are designed not to answer questions of policy but to tug at the heartstrings, all to persuade another generation to fall for the same lie that leftists have been telling since Franklin Delano Roosevelt built and Lyndon Johnson perfected the welfare state machine. Sixty years of progressive policy has created more problems than it has solved.

The “first partner” might want to interview some of the CEOs she condemns for her next film and ask why they donate so heavily to politics, as well as to the social justice movements that burn and destroy our cities. What’s in it for them?

Increasingly, the American people know the answer to that question. The super-rich and the corporations lean left because corporations thrive under specially designed regulations and wages, with middle-class Americans on the losing end. More and more Americans are rejecting the shallow culture of victimhood and anti-Americanism as depicted in this film, and simply walking away.