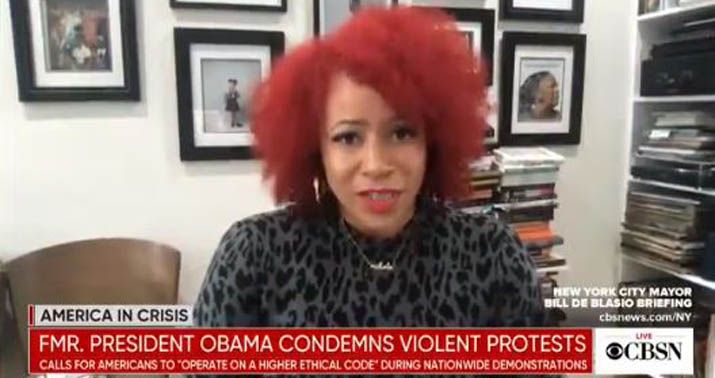 The National Association of Scholars is the name of a non-profit which has been involved in advocating against political correctness on campus and has advocated for the teaching of classic books. Earlier this week the group published a letter calling on the Pulitzer Board to revoke the award given to 1619 Project author Nikole Hannah-Jones:

We call on the Pulitzer Prize Board to rescind the 2020 Prize for Commentary awarded to Nikole Hannah-Jones for her lead essay in “The 1619 Project.” That essay was entitled, “Our democracy’s founding ideals were false when they were written.” But it turns out the article itself was false when written, making a large claim that protecting the institution of slavery was a primary motive for the American Revolution, a claim for which there is simply no evidence…

Beginning almost immediately after its publication, though, the essay and the Project ran into controversy. It has been subjected to searching criticism by many of the foremost historians of our time and by the Times’ own fact checker. The scrutiny has left the essay discredited, so much so that the Times has felt the need to go back and change a crucial passage in it, softening but not eliminating its unsupported assertion about slavery and the Revolution…

Hannah-Jones’s refusal to correct her errors or engage her critics, we have recently learned, was accompanied by surreptitious efforts by The New York Times to alter the record of what it had published in the original magazine of August 18, 2019. Providing no public explanation or acknowledgment of its actions, the Times amended the digital version of the Project text. Not until September 19, 2020, when historian Phillip Magness compared the original and digital versions of the essay in the journal Quillette, did the alterations come to light.4 These were not changes to Hannah-Jones’s essay itself, but to the crucially important introductory materials whose claims—for example, the “reframing” of American history with the year 1619 as the nation’s “true founding”—form the underlying rationale of the entire Project…

It is time for the Pulitzer Prize Board to acknowledge its error rather than compound it. Given the glaring historical fallacy at the heart of its account, and the subsequent breaches of core journalistic ethics by both Hannah-Jones and the Times, “Our democracy’s founding ideals were false when they were written” does not deserve the honor conferred upon it. Nor does The 1619 Project of which it is a central part, and which the Board seeks to honor by honoring Hannah-Jones’s essay. The Board should acknowledge that its award was an error. It can and should correct that error by withdrawing the prize.

The piece is signed by 21 academics and authors including Victor Davis Hanson, Roger Kimball, Stanley Kurtz and others.

The authors make a solid point about the errors in the piece and the shoddy way in which they were first ignored and later addressed by doing the bare minimum of corrections. Even those corrections only happened after their own fact-checker said they had been warned in advance that Hannah-Jones theory about the Revolutionary War was false.

I don’t know if the tweets below were intended as a response to this or to something else but she posted them on the same day the letter above was published:

If my work makes comfortable powerful people who believe they are the gatekeepers of the American narrative and who should tell it, I am failing. In other words, I am unbothered. I take these actions as a badge of honor.

Again, the Times’ own fact-checker said she didn’t tell the truth. She was told the truth about the causes of the Revolutionary War in advance and decided to go with the lie that suited her instead.

At one point, she sent me this assertion: “One critical reason that the colonists declared their independence from Britain was because they wanted to protect the institution of slavery in the colonies, which had produced tremendous wealth. At the time there were growing calls to abolish slavery throughout the British Empire, which would have badly damaged the economies of colonies in both North and South.”

I vigorously disputed the claim. Although slavery was certainly an issue in the American Revolution, the protection of slavery was not one of the main reasons the 13 Colonies went to war…

Despite my advice, the Times published the incorrect statement about the American Revolution anyway, in Hannah-Jones’ introductory essay. In addition, the paper’s characterizations of slavery in early America reflected laws and practices more common in the antebellum era than in Colonial times, and did not accurately illustrate the varied experiences of the first generation of enslaved people that arrived in Virginia in 1619.

That was one of the problems several eminent historians had raised with the piece but both Hannah-Jones and the Times refused to acknowledge the problem until the article above belatedly forced them to admit it. That doesn’t make Hannah-Jones a victim but that seems to be the role she’s determined to play.