NBA’s kowtowing to China pays off 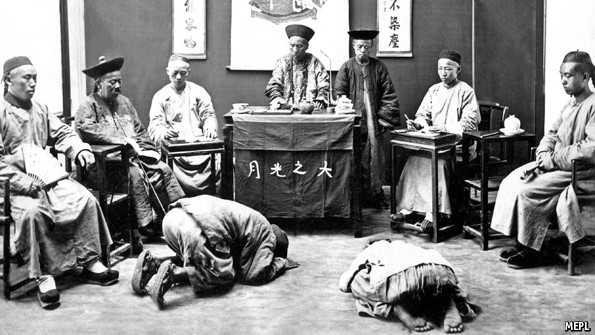 The NBA (or should I call it the ChBA) is back on Chinese state television after a one-year absence. The absence occurred because Daryl Morey, general manager of the Houston Rockets, expressed support for protesters in Hong Kong, as they suffered from ramped up oppression by the Red Chinese.

The NBA and its players, led by Lebron James, bowed and scraped as best they could, but the Red Chinese weren’t placated. The outbreak in America of speech China’s tyrants don’t like could not be tolerated. It had to be punished.

But the NBA kept kowtowing, and it has finally paid off. The operators of Chinese state television are televising NBA games again, starting with Game 5 of the Lakers-Heat Finals. They stated:

In the Chinese National Day and Mid-Autumn Festival that just passed, the NBA expressed holiday blessings to Chinese fans. We have also noticed the goodwill continuously expressed by the NBA for some time. Especially since the beginning of this year the NBA has made active efforts in supporting the Chinese people in fighting against the novel coronavirus epidemic.

In the past year, China hasn’t moderated its oppressive stance towards Hong Kong. Nor has it let up on its enslaved Uighur population of Muslims.

None of these horrors, not even the forced sterilizations, bothers the NBA. It would rather obsess over a few cases in which American police officers have killed African-Americans, almost always either accidentally or with justification.

Kowtow to the ruthless tyrants of China, but hammer the Americans who protect us from crime. That’s how the NBA rolls.

Its reward is a Chinese television audience to replace the millions of Americans who are tuning the NBA out. . .for as long as the NBA sides with Red China and backs the radical BLM movement, I hope.