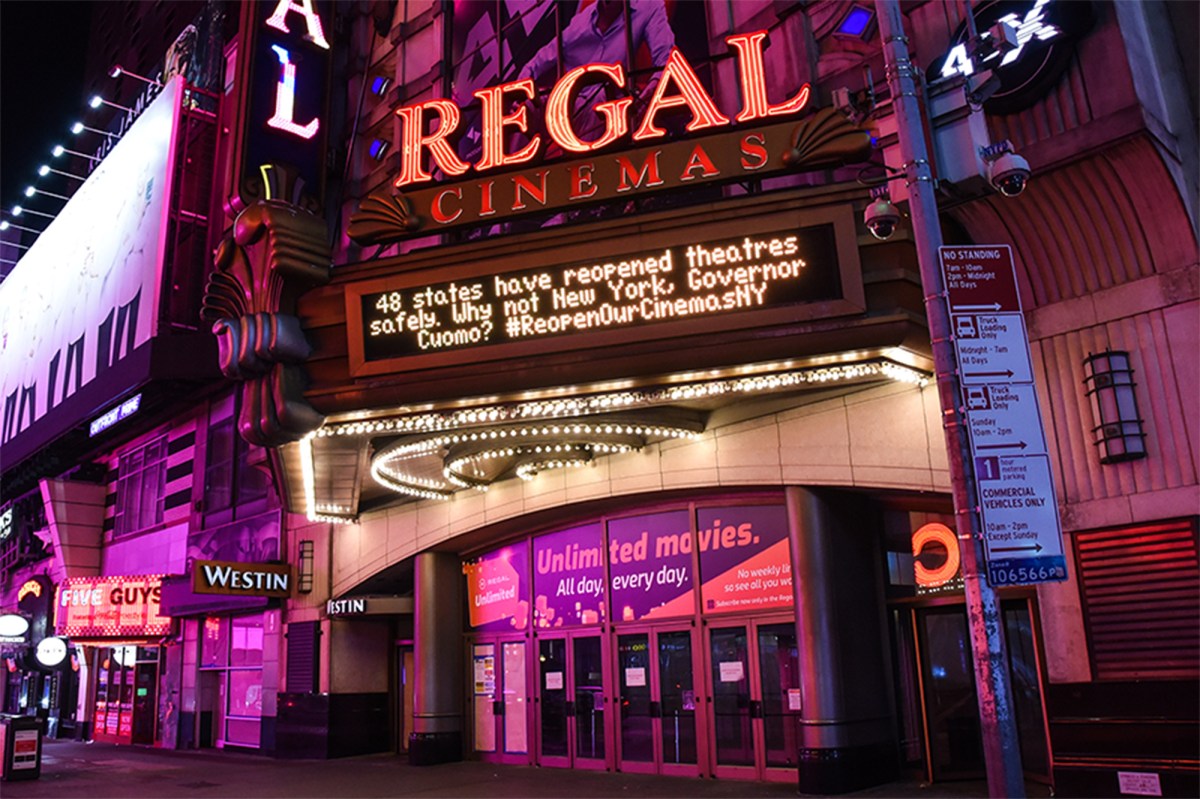 A Regal movie theater in Times Square — shuttered like all others in the state — has found an interim use for its empty marquis: blasting Governor Andrew Cuomo.

Instead of movie titles, the message that plays across the Regal E-Walk reads “48 states have reopened theaters so far. Why not New York, Gov. Cuomo? #ReopenOurCinemasNY.”

Cuomo, who said back in August that theaters would soon be up and running, still has not made good on his word, even as indoor dining, gyms and other businesses have started to reopen.

Many movie theatres have had it, according to The Hollywood Reporter.

“We are owed an answer. We’ve answered every question. He said theaters would be next, but that was almost a month ago. And then crickets,” said Joseph Marsher, president of the New York chapter of the National Association of Theatre Owners.

Business took a turn for the worse when Regal’s parent company Cineworld Group announced that its revenue dropped nearly 67 percent.

The Time Square theatre is not the only theater to take aim at the governor.

The Aurora Theatre in East Aurora, New York, put the same message up earlier this week, going one step further by adding to its marquis: “Playing nothing. Starring nobody.”

Richard Azzopardi, a senior advisor to Cuomo, responded to the signage by saying, “We understand some people are unhappy, but you know what? Better unhappy than sick or worse.”

“We’re moving heaven and earth trying to stop a second wave and people need to acknowledge that we’re still in a pandemic and start to act like it.”