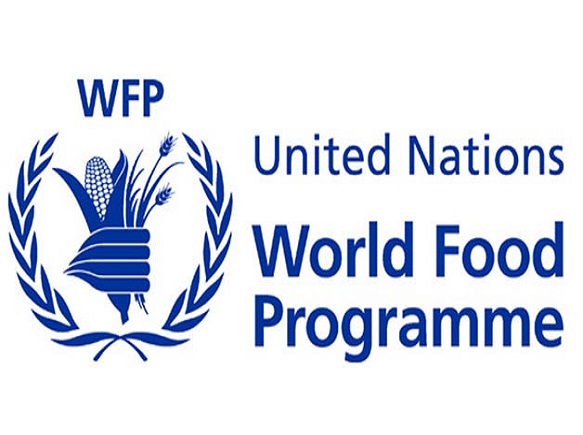 This year’s winner of the Nobel Peace Prize is a notorious scandal-ridden organization, guilty of heinous crimes for many years.  Instead of recognizing the magnificent achievement of President Trump and Jared Kushner in bringing together leading Arab states and Israel, which is the very obvious thing to do if peace-making is to be recognized, the 5 members of the Nobel peace Prize Committee – Norwegian politicians appointed by that country’s parliament, the Storing – have disgraced themselves and killed any remaining credibility and prestige the prize once carried.

Here is the official notice of the prizewinner:

The Nobel Peace Prize 2020 was awarded to World Food Programme (WFP) “for its efforts to combat hunger, for its contribution to bettering conditions for peace in conflict-affected areas and for acting as a driving force in efforts to prevent the use of hunger as a weapon of war and conflict.”

The UN Food Programme has long been notorious for “rampant corruption.” From Newsweek, not exactly a conservative outlet, 10 years ago:

A U.N. report released last week paints a damning portrait of the World Food Programme’s operations there: an estimated 50 percent of food delivered by the U.N. agency is essentially being stolen—not only by the WFP’s own personnel and contractors, but also Somalia’s armed militias, some of whom are radical Islamists.

Somalia is not the first crisis for the agency. These new allegations join a series of recent missteps there that have brought its contracting and operations under scrutiny for its role in aid missions around the world, from North Korea to the Horn of Africa. And the report sent the U.N. backpedaling in its war of words with Washington over the Obama administration’s decision to cut aid to Somali operations last year. What is going on at the WFP?

The ugliest revelations are in the report’s details. Three Somali businessmen won about 80 percent of the agency’s $200 million in transport contracts last year, in what is described as a 12-year-old “de facto cartel.” One of them, Abdulqadir Nur “Enow,” apparently staged a hijacking of his own trucks in order to sell the food. In another case, the report cites witnesses saying Enow’s company sold hundreds of thousands of dollars of food aid in local markets, an outcome made possible by the fact that WFP depended on a local agency run by Enow’s wife to verify his deliveries. Meanwhile, a second WFP trucking contractor, Abukar Omar Adaani, used his wealth to finance a rebel militia that launched an offensive in Mogadishu last year against Somalia’s U.N.-backed transitional government and African Union peacekeepers. Adaani also persuaded the WFP to fund a road officials said was designed to give Islamist insurgents access to an airstrip, according to the report.

That is far from the worst of it. Trading food for sex has long been a feature of the program’s staff. From 2 years ago, in the New York Post:

Workers from more than 40 charity organizations exploited refugee children and women in West Africa by trading food for sex, according to a leaked report — that the United Nations has known about for 16 years.

The disturbing scandal is laid out in an 84-page report produced in 2001 by researchers for the United Nations High Commissioner for Refugees and Save the Children working at refugee camps in Guinea, Sierra Leone and Liberia.

The report was handed over to the UNHCR in 2002 but only a summary of the allegations was published.

Identified in it are 40 organizations “whose workers are alleged to be in sexually exploitative relationships with refugee children,” according to The Times in the UK, which obtained a copy of the full report.

Aid workers were “among the prime sexual exploiters of refugee children, often using the very humanitarian assistance and services intended to benefit refugees as a tool of exploitation.”

They allegedly traded basic needs — like food, oil, access to education and plastic sheeting for shelters — for sex.

Women at a camp in Guinea told the researchers, “In this community, no one can get corn soya blend without having sex first. They say, ‘A kilo for sex,’” the Sun reported.

“These NGO workers are clever, they use the ration as bait to get you to have sex with them,” a teenage girl in Liberia added.

Some families felt compelled to offer their young daughters as a way to “make ends meet,” the report found.

Many of the organizations implicated were small and local but 15 were international, including UNHCR, the World Food Programme, Save the Children and Merlin. [emphasis added]

And from last year, via Code Blue:

A total of 28 respondents to an independent survey of WFP staff members said they “had experienced an act of ‘rape, attempted rape or other sexual assault or rape’ while working at the food agency,” according to an article published yesterday in Foreign Policy.

The survey, which has been cited by both Foreign Policy and The Italian Insider newspaper, found WFP to be a cesspool of harassment, discrimination against women and minorities, abuse of authority, and retaliation. More than 8,000 WFP staff members participated in the survey conducted by an independent management consultancy.

We are appalled and disgusted, but not at all surprised. The level of abuse revealed by the WFP survey is clearly endemic across all UN entities.

Yet UN Secretary-General António Guterres has steadfastly refused to face up to the grim reality of the crisis. Instead, he has mouthed empty bromides about “zero tolerance” and a “victim-centered” approach and initiated “reforms” that are little more than public relations exercises.

When Barack Obama was awarded the Nobel Peace Prize in 2009 before he had taken any significant actions as POTUS, conservatives recognized that it was a joke.  This year’s prize to an organization that has a long track record of horrendous abuse takes the cake, though. The Nobel peace prize is now a mark of shame.