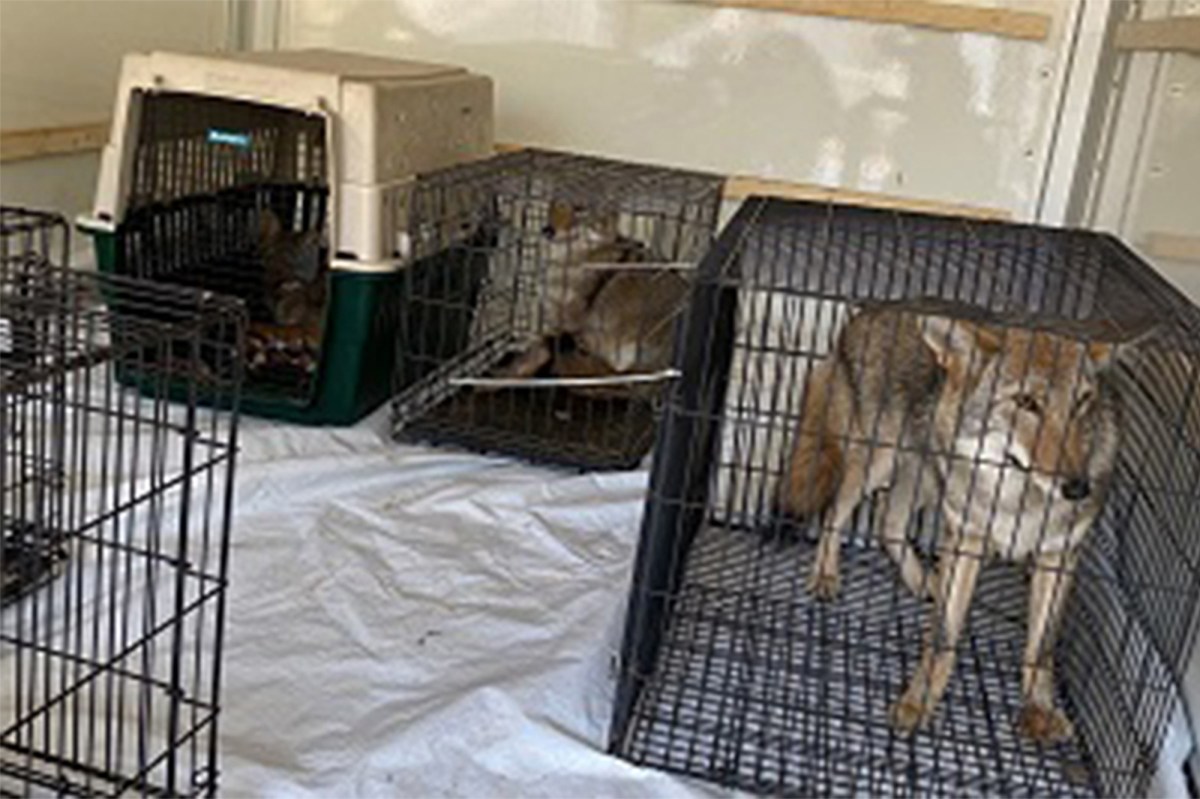 Michigan authorities have removed an assortment of wild animals from an unlicensed rehabilitation center where the owner’s 2-year-old granddaughter had lost her arm in a “wolf-dog” attack.

Six red foxes and three coyotes were confiscated, while another 47 illegal wolf-dog crossbreeds were found on the grounds of Howling Timbers, in Muskegon.

The raid followed an investigation stemming from the August incident involving the toddler, Michigan’s Department of Natural Resources announced.

A wolf-dog hybrid bit the little girl’s arm off on July 23, when the child stuck her arm in one of the cages.

“No person should be allowed near those dogs,” conservation officer Anna Cullen said in a statement. “It’s not fair to this child who lost an arm. We are doing everything we can to ensure the safety of anyone who may encounter any animal at Howling Timbers, including the health and safety of all the animals at the facility.”

The girl was the grandchild of owner Brenda Pearson, 59, who has been slapped with several criminal charges related to her facility over the years, according to the department.

“She’s been applying for licenses with different departments but doesn’t follow through with the inspection process — she’s failed to complete all of her applications,” Cullen went on. “An application is not a permit.”

Pearson told The Associated Press she has been in business 27 years and that her organization doesn’t bread wolf-dog hybrids, but collects them from outside Michigan.

She said she cares for the animals because they can’t be released into the wild.

Her past criminal violations include failing to submit wildlife rehabilitation permit records; failing to notify authorities regarding an escaped bear; and failing to properly care for animals at the facility in humane and sanitary conditions, according to the department.