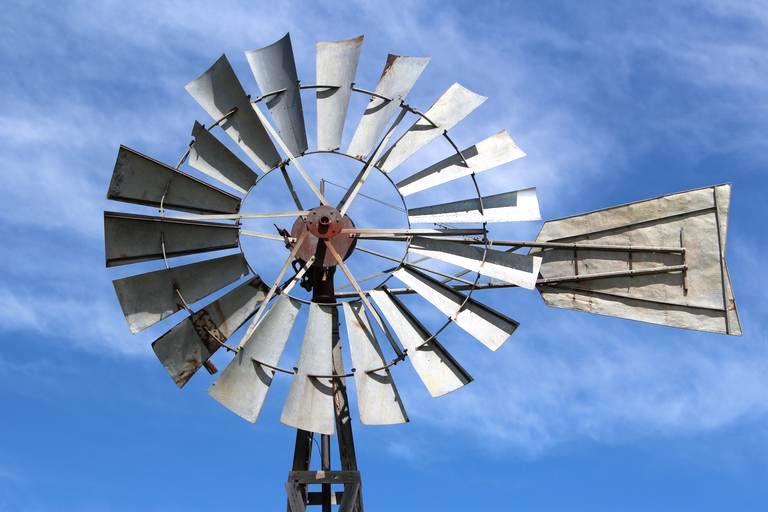 There are many reasons why Joe Biden and his cohorts should never govern the country, but let’s not forget their commitment to some version of the Green New Deal. Biden has alleged that he doesn’t support Ocasio-Cortez’s fantasy, apparently unaware, in his senescence, that his web site says that he does support it. Or maybe he is just confident that reporters won’t tell on him.

In any event, a Biden/Harris administration would mean an all-out attack on reliable fuel sources (natural gas, coal and nuclear) and countless billions wasted on “green” energy (wind and solar) which is pretty much useless unless you are a government-favored investor. At American Thinker, Norman Rogers begins by noting Amazon’s conversion to the green religion:

Amazon has jumped on the global warming/ renewable energy/ sustainability bandwagon. They are spending millions on television ads to tell everyone how virtuous they are. Amazon’s 2019 annual report is heavy with climate change, carbon footprints and renewable energy. Amazon is building wind and solar farms. They have signed a “climate pledge.” … Although Amazon has a history with renewable energy, it is necessary to keep in mind that in some circumstances, due to massive subsidies, renewable energy can be a profitable exercise.

“Green” energy will never replace reliable energy sources, because physics. It is also noteworthy that wind turbines cause more warming than they avert, even on the leftists’ false calculations. But a great deal of money will be made, at taxpayer and ratepayer expense, before this becomes blindingly obvious to everyone. More:

Of course, not seeing the truth is easier if your paycheck depends on not seeing the truth. Climate Scientists for Nuclear agree with me. They say renewable energy is useless and won’t be remotely useful for reducing CO2 emissions. James Hansen, the most prominent climate scientist in the world and a proselytizer for global warming, calls renewable energy “grotesque.”
***
Climate Scientists for Nuclear tell us that wind and solar will never be effective for reducing CO2 emissions. They are horribly expensive energy, requiring an 80% subsidy. If you get to the point of replacing about 25% of the grid electricity with wind and solar, the cost and difficulty of adding more becomes overwhelming.
***
Since the Religion of Green is a religion, it can be difficult to counter with scientific or engineering facts or data. The facts and data concerning global warming (now called climate change because there wasn’t enough warming) lead directly to a swamp populated with computer models. But when it comes to wind and solar, the renewable energy that counts, the facts are very clear. The crippling handicap of wind and solar is intermittent and erratic operation. Because their operation is unpredictable, wind and solar can’t replace existing fossil fuel plants. The existing plants have to stay, in full force, to take over when the wind stops or the sun is obscured by clouds. Either wind or solar electricity costs, exclusive of subsidies, about $80 per megawatt hour. The cost is mostly the capital cost of the plant amortized over the life of the plant. The alternative is to burn natural gas in the existing plants at a fuel cost of $15 per megawatt hour. Renewable energy is a scheme to displace $15 electricity with $80 electricity.

Wind and solar are archaic, primitive energy sources that we wisely abandoned long ago. (Think steamships.) They are not going to come back in any significant way, but many billions of dollars will be wasted and hundreds of thousands of jobs will be destroyed in order to funnel money to Democratic Party constituencies. This is why Democratic cronies/donors are salivating at the idea of a Biden/Harris administration.

One of the best writers on the folly of “green” energy is my colleague Isaac Orr. You can follow him daily at the American Experiment web site–which, by the way, is due for a total revamp around the first of the new year. We also have in the works papers by Isaac and by Robert Bryce on the environmental and land use evils of wind and solar energy. Bryce has calculated that if we were to try to get all of our electricity from wind power, we would need to dedicate an area twice the size of California (or, put differently, an area the size of Texas plus Kentucky) to wind turbines. That simply isn’t going to happen. Nor, needless to say, should it. I will have more to say about their papers and events drawing thereon in days to come.