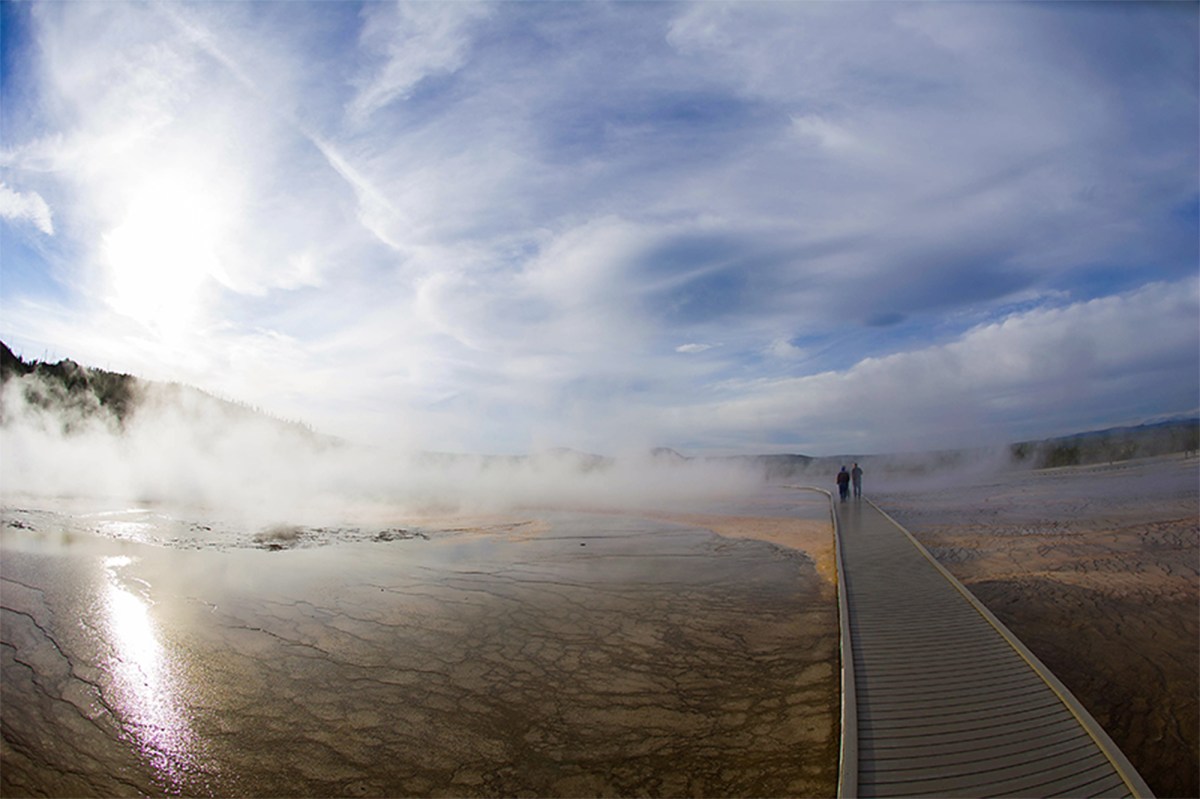 A 3-year-old child is being treated for second-degree burns after falling into scalding water at a hot springs site in Yellowstone National Park Friday morning.

“The child took off running from the trail, slipped and then fell into a small thermal feature,” said a statement issued by the National Park Service.

Doctors described the second-degree burns to be concentrated on the lower body and back.

The child was flown to the burn unit at Eastern Idaho Regional Medical Center.

Yellowstone, which opened in 1872, covers almost 3,500 square miles, is famous for its geysers and hot springs.

Officials have described the ground around these features as ” breakable crust.”

This is the second time that someone has been injured by scalding water at the park.

In March a woman was injured when she accidentally fell into Old Faithful while trying to take a picture.

The woman had entered the park illegally while it was closed due to the coronavirus pandemic.

Yellowstone has stressed the importance of remaining on boardwalks and trails; parents are advised to keep kids close and prevent them from running while they are at the park.

“Hot springs have injured or killed more people in Yellowstone than any other natural feature,” says a warning on the park’s website.