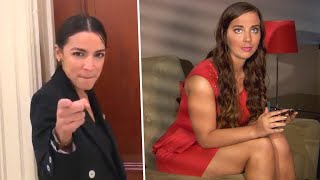 Another attempted smear of Congresswoman Alexandria Ocasio-Cortez has backfired. An image of a naked woman in a bath purported to be her was circulated on conservative websites. The Daily Caller posted it under the headline: “Here’s The Photo Some People Described as a Nude Selfie of Alexandria Ocasio-Cortez.” The congresswoman hit back on Twitter, saying the photo was a fake. The Daily Caller apologized. Sydney Leathers, Anthony Weiner’s former sexting partner, revealed it’s actually her.