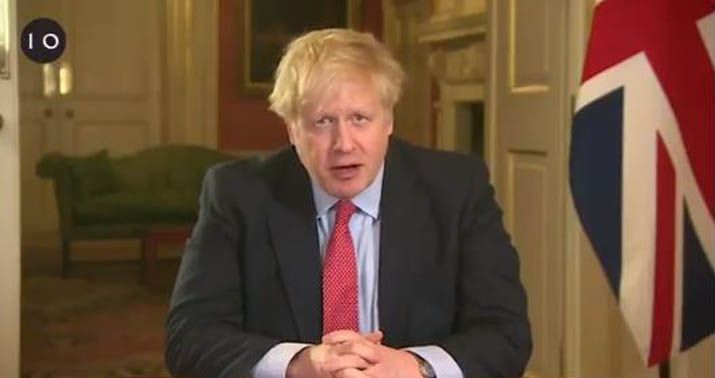 BoJo had better hope that he hasn’t lost his mojo. There now appears to be little question that the United Kingdom (along with much of the rest of Europe) is in the midst of a second or third wave of COVID-19 infections, depending on how you count “waves.” While not fully spread across the entire nation, many new hotspots have cropped up and ICU beds are becoming scarce since this wave is happening simultaneously with the expected, seasonal arrival of the flu. With that in mind, Boris Johnson’s government is preparing to roll out yet another series of lockdown orders to “flatten the curve” before the situation spirals further out of control. But it won’t be a universal lockdown like they did in the spring and early summer. This one will have three different levels of restrictions based on the severity of the outbreak in each given area. The problem is, many of the Brits are fed up with all of this, and compliance with the new orders doesn’t appear to be a given. (Associated Press)

In response to the virus’ resurgence, Prime Minister Boris Johnson is expected to announce a new three-tier local lockdown system Monday, which could temporarily close pubs and restaurants in the virus hot spots. The speculation is that those areas put under the tightest restrictions would forbid all household mixing, indoors or outside. He is briefing members of the Cabinet by conference call Sunday.

Local leaders in northern England have vented their fury at the Conservative government over what they see as an “inadequate” wage support scheme that it announced Friday and for not properly telling them about the upcoming restrictions. The wage plan aims to help employees in companies that are forced to close because of virus restrictions, but mayors say it’s not generous enough in paying only two-thirds of employees’ wages and doesn’t compensate those indirectly hit by any business closures, such as drink suppliers to pubs.

Communities Secretary Robert Jenrick on Sunday sought to assuage concerns that the government was being overly hierarchical in its approach.

There’s already a lot of pushback to Johnson’s proposals showing up in the press and at protests staged by angry Brits. One of their complaints is that the government isn’t handing out the “free money” fast enough or to the right people. Parliament is preparing yet another stimulus package to help those who lose their jobs when businesses – particularly restaurants and pubs – are forced to close. But the measure doesn’t do much, if anything to prevent those businesses from going under if they are closed for too long. Further, the proposal does nothing for the “secondary” businesses that wind up being indirectly crushed.

One example of that would be a company that provides beverages to pubs. With all of the gin joints shut down, nobody orders any fresh supplies so the company generates no revenue and has to cut its workers loose. But they aren’t covered in the stimulus package, even though both the workers and the owners are in just as much trouble as the pub owners and bartenders.

That’s not the full extend of BoJo’s woes in this matter, though. All across Great Britain, people are fed up with the entire lockdown process, much the same as we’re seeing in the United States. This “pandemic exhaustion” is taking a toll on people and they’re tired of remaining patient. But the new plan that’s being discussed could make matters even worse. It’s one thing if you tell the entire country to lock down and they’re all suffering together. But it’s even worse if some communities are put under full restrictions while they watch their fellow countrymen in less-afflicted areas being allowed to go out and about in a mostly normal fashion. The orders will be further complicated by the public’s knowledge that the WHO has just come out and said that lockdowns probably don’t work anyway.

That’s always the risk of creating different classes of people. Some in the highest level of lockdown will be unhappy seeing others going out to the pub for a pint. But Johnson doesn’t want to shut down the entire country again because their economy has already taken too much of a battering as it is. If some of the people begin to revolt and simply refuse to follow the orders, what will he do? The Brits threatened to start locking up non-compliant citizens during the original lockdowns, but most people went along with the program so it wasn’t that much of an issue. This time may be different. And if so, BoJo’s already tenuous hold on power might not survive the next wave.