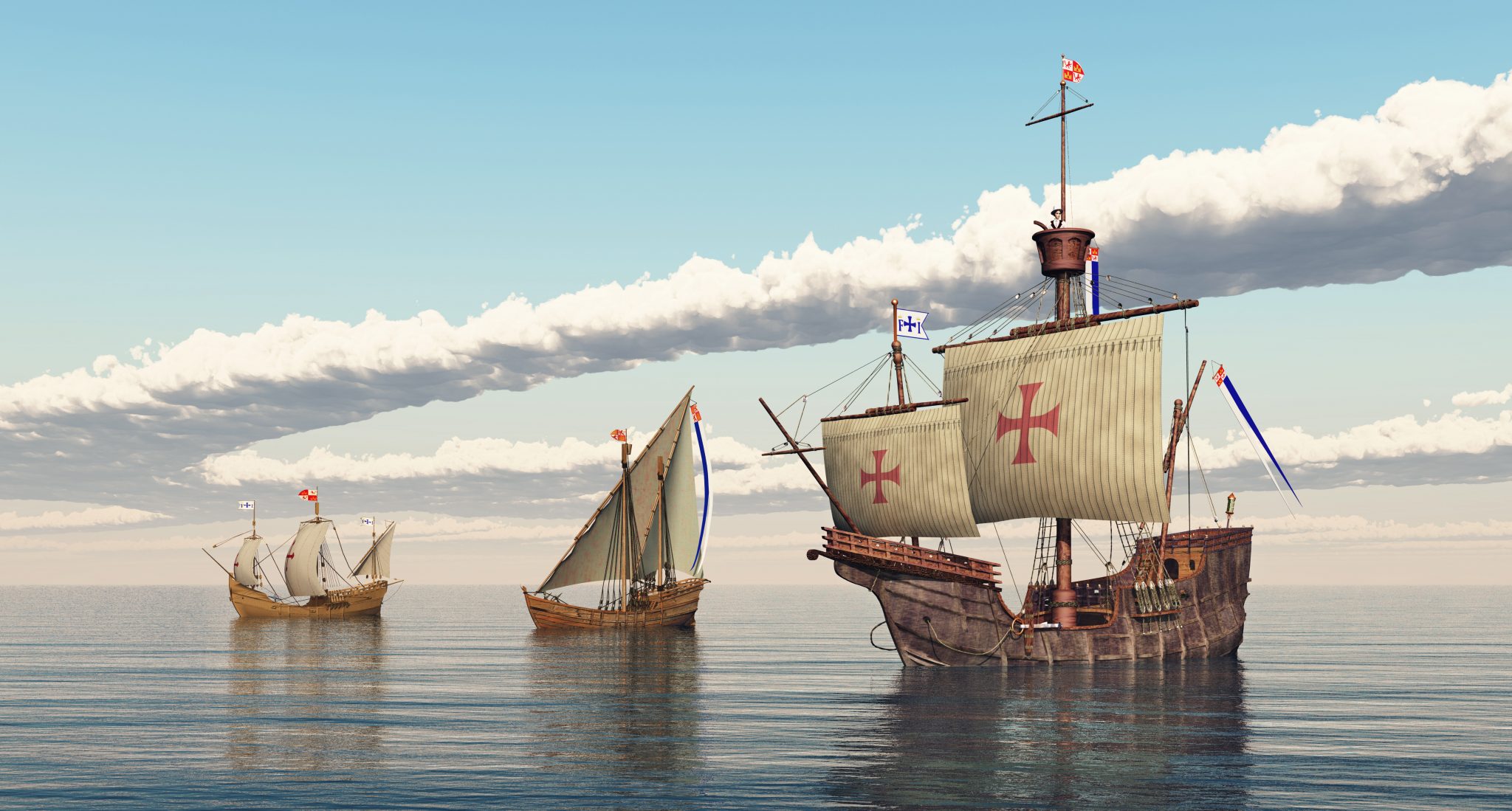 If you do a Google search looking for contemporary opposition to Christopher Columbus’s proposal to the Spanish monarchs Ferdinand and Isabella to sail west and prove the existence of a passage to Asia around the land then controlled by the Turkish Empire, you won’t find much. That history hasn’t been particularly popularized.

Which isn’t to say it doesn’t exist. In the court of Ferdinand and Isabella there was undoubtedly dissension over the idea of spending scarce capital on three quite expensive ships rigged for long-distance voyaging, an idea that had been bandied about in European courts for years with no takers. At the time there was surely little to no recognized prospect of a fiscal return on the investment in the near term, when the Spanish monarchs were busy squabbling with the other powers of Western Europe and engaged in finishing off the centuries-long Moorish invasion of the Iberian peninsula. Columbus’s proposal, which was the 15th century’s most colorful and consequential example of a startup business concept, would have been a questionable prospect at best. Its failure in multiple venues of finance at the time is proof of that.

And yet Columbus secured the investment from the Spanish king and queen, put his three-ship expedition into the Atlantic and, a few weeks later, inexorably changed history. The wealth his exploits brought home for the Spanish monarchy, which was a minor potentate on the southwestern fringe of Europe in 1492, changed the course of history for the next 500 years, and while Columbus became wealthy for his time he reaped only a minor sliver of the proceeds from his most daring and sensational achievement of opening an entire continent to colonization, capitalization, evangelization, and civilization. While the worldwide cultural Left wants to defenestrate Columbus, the fact is he’s the man who facilitated the spread of Western civilization to half the world.

Which is, by the way, an unalloyed good thing, regardless of the bleatings of those who would argue otherwise.

That the government Columbus threw in with screwed him and his family unmercifully is one of the everlasting proofs of the conservative argument. But that might be beside the point.

Those Democrats who are determined to trash Columbus Day as Indigenous People’s Day shout loudly that Columbus’s expedition to the New World was responsible for slavery and oppression. What they refuse to recognize is that the Stone Age people occupying small slivers of the Americas when Columbus’s men landed were well-practiced in the sins of slavery and oppression in their own right; no one should deny the St. Paul Saints their due for the presence of the Minneapolis Twins. After all, just five years before Columbus landed in the Caribbean, the Aztecs reconsecrated the pyramid at Tenochtitlan with the human sacrifice of 84,000 people.

That happened in four days.

Oh, and then there was this quote from Columbus himself:

Many of the men I have seen have scars on their bodies, and when I made signs to them to find out how this happened, they indicated that people from other nearby islands come to San Salvador to capture them; they defend themselves the best they can. I believe that people from the mainland come here to take them as slaves. They ought to make good and skilled servants, for they repeat very quickly whatever we say to them. I think they can very easily be made Christians, for they seem to have no religion. If it pleases our Lord, I will take six of them to Your Highnesses when I depart, in order that they may learn our language.

Please, tell us more about the pacifist and civilized nature of the good folks Columbus disturbed in their urbane, sophisticated lives. And how it was Columbus who brought slavery and oppression to the New World when its occupants had established a primitive Utopia for the white man to disturb.

Columbus, for whatever criticism the idiots of the presentist crowd assaulting his statues and legacy might fling at him, was bold. He had what used to be called sand in our culture. Columbus braved the unknown of the Atlantic, and set the precursor to the United States of America, far and away the richest, freest, sweetest, most moral, most dynamic, most inclusivist society ever to occupy this planet.

And those who trash this man, who set out into the ocean sea with absolutely no idea whatsoever what he would find on the other side, have … what to say?

That there was cruelty practiced under his name.

The trashers of Christopher Columbus are almost solely voting for Joe Biden. Which, based on Biden’s career, sounds correct.

It’s interesting that Biden’s fan base trashes Columbus, because of what it says about them. Christopher Columbus and Joe Biden almost literally could not be more different men.

Which is not to validate the criticism the cultural Marxist crowd belches at Columbus, mind you.

For example, there is far more documentable evidence that Biden is a racist than that Columbus was. Yes, Dunkin Donuts was less of a thing in 15th-century southern Europe than in early 21st-century America, but it’s still a fact that Biden has made more cringeworthy statements about south Asians than Columbus did of indigenous Americans. And Biden’s comments about subjecting his children to a “racial jungle” brought on by integrated schools pretty much trump anything Columbus wrote about what he saw in actual jungles.

Nobody knows who the people were in the Spanish court standing against investing in Columbus’s expedition. Nobody should. Those were small-minded, petty, insignificant men and women who by 1493 had become irrelevant and abjured by history, to such an extent that we no longer know their names. They were the Democrat establishment of their day. And they invariably argued for the stupid establishment position of the time, just as Biden and his sycophants argue for it now.

Who’s calling for a nationwide mask mandate? Do you think COVID-19 would have scared the residents of Genoa or Seville in 1492?

Biden has always offered the safe, stupid, establishment position. Which is why he simply could not be more unlike Columbus in the context of history. If the Genoan explorer represents the successful assumption and navigation of risk, and the entrepreneurial spirit that has distinguished the rise of Western civilization over the last half-millennium, what does Biden represent?

Columbus’ expedition to the Americas contained a ship called the Niña, or little girl. Biden has built a reputation for creeping on little girls.

Columbus was enthusiastic about exporting the virtues of Catholicism. Biden happily solicited some $1.5 billion for his son in Chinese capital while downplaying the Chinese Communist Party’s cultural and political offensive against the United States.

But one comparison between the two is fair. Columbus originally applied to the Portuguese, Venetians, and Genovese for sponsorship of his expedition, and was turned down. Biden has multiple times been similarly rejected by the Democrat Party. Of course, the reasons for those rejections aren’t the same.

On this Columbus Day, we ought to recognize what it is we’re celebrating, which is the sheer guts it took to travel over an ocean nobody had ever tried to cross before. To mark Columbus Day and then to look at Joe Biden, the most craven, risk-averse, frail political figure in modern American history, is to note opposites so polar as those bloody Aztecs and the nameless Spanish courtiers whose advice would have precluded the Age of Discovery we celebrate this week.