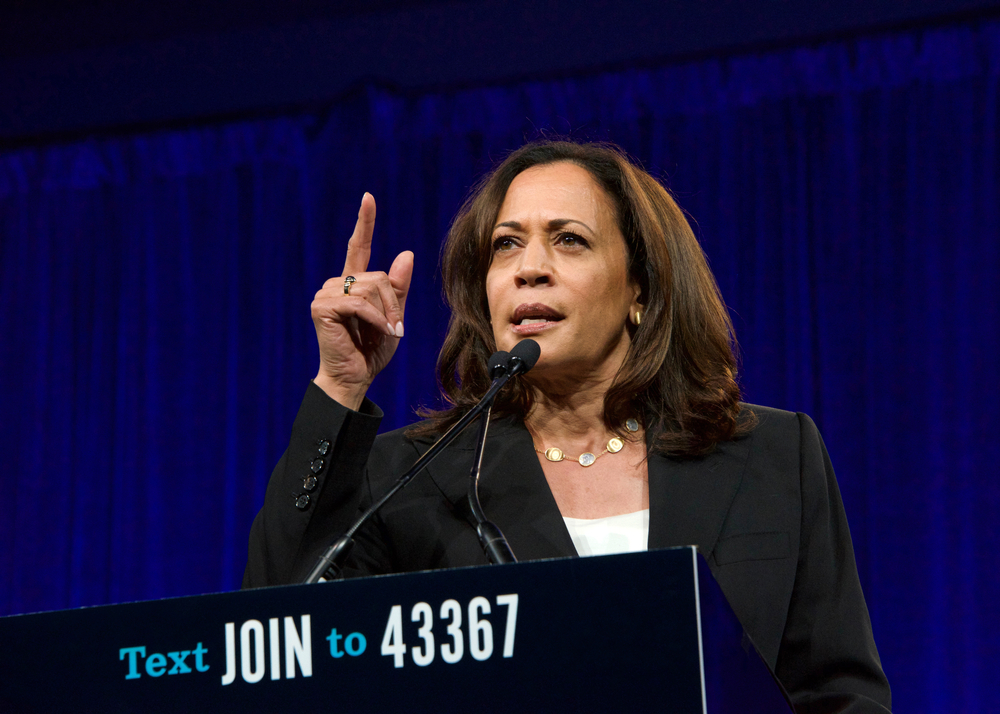 As California attorney general, she was more than willing to live large off of business and the productive.

During the vice presidential debate between Senator Kamala Harris and Vice President Michael Pence, the former claimed that she was the only one in the race who had “prosecuted the big banks.” This was completely wrong.

In fact, as California attorney general, Kamala Harris pretty much let the big banks do what they wanted while extracting billions in extortion money from their shareholders. Not a single executive of a large bank was prosecuted during the Obama administration. Harris typifies the modern-day progressive politician, using regulation and threats of enforcement actions to accumulate a political war chest.

As the old saying goes, “AG” stands for aspiring governor—or in this case, senator. In practice, American politicians are generally more interested in helping themselves than voters and consumers. Harris was elected California attorney general in November 2010, as the Obama administration was trying to deal with the great financial crisis. This was the perfect moment for her and other Democrats to ride the wave of national angst against the large banks that were receiving federal bailouts.

By 2012, Harris was already a rising Democratic star and a potential gubernatorial candidate. When she announced that California would receive by far the largest share of the $26 billion during the initial announcement of the National Mortgage Settlement, it signaled her arrival to national politics. Harris controlled the distribution of this money extracted from pension funds and investors who typically own equity in large banks. This treasure trove allowed a child of Indian immigrants with no particular political skills, charm, or ideological direction to jump the proverbial shark of California politics.

Michael Hiltzik, a business columnist for the Los Angeles Times, called the overall settlement “a parade of rosy self-congratulation,” adding, “I believe the technical term for all this is ‘big whoop.’” But the duplicity displayed by Harris and the other state AGs during the settlement negotiations was monumental. The AGs made common cause with big Wall Street firms that were selling the shares of the banks short in the pubic equity markets before each salacious headline appeared in the New York Times.

Properly understood, Harris and her ilk, including Senator Elizabeth Warren, were taxing the victims in the National Mortgage Settlement. The big banks and government-sponsored entities like Fannie Mae and Freddie Mac were the stooges of the financial crisis of 2008. It was them that bought all of that toxic fraudulent mortgage paper into the secondary loan market from the likes of Countrywide, Washington Mutual, Lehman Brothers, and Bear Stearns. In 2004, the GSEs were the biggest buyers of subprime mortgages in the country, followed by the likes of Citigroup, all of which ultimately collapsed.

Kamala Harris and President Obama refused to prosecute the guilty, but they were happy to use their legal powers to tax the shareholders of the big banks. The pension funds of public employee unions and teachers’ unions paid for Kamala Harris’ political career. There is nothing pro-consumer or even mildly progressive about Kamala Harris. She is the pinup girl of the corrupt corporate crony capitalist state. And she comes from California, one of the most hostile environments for the poor and disadvantaged in the entire country.

“By putting Harris on the ticket, the Democrats now have to defend the same Golden State that Harris has represented in Washington for less than one term (the same amount of time in federal office as Barack Obama),” writes Bill Whalen of Hoover Institution. “From the left’s perspective, the land of abundant sunshine and endless summers (that is, when the governor hasn’t ordered the beaches closed) is the answer to what ails America: one-party rule that won’t hesitate to raise taxes or launch grandiose government schemes in the name of social and racial justice.”

In the debate with Pence, Harris revealed her lack of depth. Conservative political parties in America have always had the support of the business community and those who work and employ other people. Going back to 1896 when the Republicans crushed William Jennings Bryant for the last time, the half of the population that makes the existence of the other half possible has traditionally voted Republican.

Since the New Deal and FDR, however, the liberal tendency has become embedded in government as illustrated by the Democrats’ obsessive focus on supposed consumer issues. The sad part, of course, is that consumers end up paying for the expansion of the regulatory state. As the cost of making and servicing residential mortgage loans has increased since the 2012 National Mortgage Settlement, these costs have been passed along to consumers in the form of less credit availability for low-income households.

Harris and her ilk in liberal politics represent a frightening new evolution, part trial lawyer, part media star, part fundraising machine, but all empty inside. Her big idea in 2019 was to give black families down payments and other subsidies to encourage home ownership. “We must right the wrong, and after generations of discrimination give black families a real shot at home ownership—historically one of the most powerful drivers of wealth,” she said, providing no further details.

Without sufficient household income, such experiments are likely to fail. Indeed, for many low-income families in California and other high-cost blue states, renting is a far better deal financially than trying to purchase an entry-level home in a major metropolitan area. The last thing a low- or moderate-income family needs right now is to get saddled with the overhead cost of paying property taxes in a new-era socialist paradise like New York City, which is facing financial collapse because of the mismanagement of Mayor Bill De Blasio.

Like many supposed “progressives,” Harris cannot tell you why she advocates socialist policies or even articulate a personal political philosophy. Like obvious role models such as Hillary Clinton and Joe Biden, she’s in it for the power. Her future scripts will be written by the lobbyists of the big banks and corporations she has come to know over the past decade. But have no doubt that the Democrats will continue to use the levers of power to tax the productive part of society to provide the level of existence to which they feel entitled. We will all pay for that privilege.

Christopher Whalen is an investment banker and chairman of Whalen Global Advisors LLC. He is the author of three books, including Ford Men: From Inspiration to Enterprise (2017) and Inflated: How Money and Debt Built the American Dream (2010). He edits The Institutional Risk Analyst, and appears regularly on such media outlets as CNBC, Bloomberg, Fox News, and Business News Network. Follow him on Twitter @rcwhalen.