Sheldon Whitehouse’s not so beautiful mind 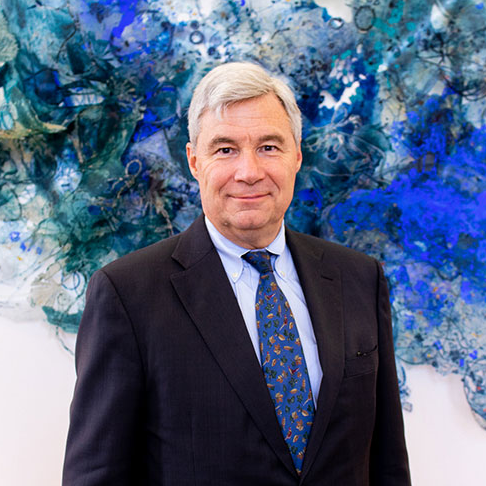 I skipped yesterday’s hearing on the nomination of Judge Amy Coney Barrett to the Supreme Court. I didn’t want to waste a day listening to speeches by Judiciary Committee members.

In theory, today’s hearing is devoted to questions for Judge Barrett. Yet, in the nearly three hours of the hearing I watched, there wasn’t much questioning.

Mostly, there was speechifying. If I’m not mistaken, Sen. Sheldon Whitehouse devoted all of his 30 minutes to delivering a speech. Sen. Mike Lee did nearly the same thing.

Whitehouse’s performance was something to behold. Sen. Ben Sasse labeled what Whitehouse laid out as a “beautiful mind conspiracy.” I assume he meant that the conspiracy theory Whitehouse posited, complete with a sign that said “The Scheme,” bears little relation to reality.

The scheme consisted mainly of conservative organizations like the Bradley Foundation contributing money so that various conservative interest groups can present amicus briefs to courts in important cases. Judges get to read the views of conservative groups if they choose to? The horror!

The other element of this vast right wing conspiracy is that the Federalist Society, which also gets money from the Bradley Foundation, has helped the Trump administration select judicial nominees. A conservative president seeking guidance from a conservative group about whom to select for court vacancies? What an outrage!

All the charts in world, even complete with Whitehouse’s flamboyant circle and line drawing, can’t make much more than a good comedy sketch out of this.

Whitehouse then said that there are 80 cases — count ’em, 80 — in which a 5-4 Supreme Court majority was formed by five conservative Justices (Whitehouse includes the Chief Justice). Whitehouse didn’t attempt to show that a single one of these cases was wrongly decided. In fact, he didn’t discuss the specifics of any of them.

Instead, he claimed, without evidence, that the outcomes in the 80 cases favor the groups who are giving “dark money” to organizations like the Federalist Society and the Judicial Crisis Network. And, he assured us, the outcomes in these cases are bad for America.

Whitehouse’s oration reached peak absurdity when he noted that the 80-0 split in Supreme Court cases can’t be a fluke. Instead, he thundered, its evidence that the “dark money” folks are getting what they paid for.

The 80-0 split isn’t a fluke. It’s the product of Whitehouse’s selection process.

How hard is it to find such a pattern when you confine your search to cases in which there was a 5-4 split and a conservative majority — i.e., cases that fit the pattern you want to establish? Whitehouse ignored cases in which one or more conservative on the Court — e.g. the Chief Justice, or Justice Gorsuch, or Justice Kavanaugh — voted with the liberal bloc of Justices. That’s how he got to 80-0.

Whitehouse marveled at what fine trial lawyers like Lindsey Graham and (um) Dick Durbin could do in court with evidence of 80-0 split. But Graham and Durbin would be laughed out of court if they compiled their 80-0 split the way Whitehouse did.

I don’t mean to suggest that Whitehouse’s presentation of his borderline-insane conspiracy allegations was ineffective. On the contrary, I think it was impactful. Exercises in demagoguery often are.

Whitehouse’s speech won’t have an impact on Judge Barrett’s confirmation. However, it might well serve its intended purpose — to make Republicans, especially President Trump and certain Senators up for reelection, pay a price for the confirmation of Barrett.

Fortunately, Sen. Ted Cruz gave the speech immediately following Whitehouse’s. Cruz turned Whitehouse’s “dark money” thesis against him. He showed how dark and corporate money overwhelmingly is on the side of the Democrats and is funding attacks on Judge Barrett.

Cruz also hammered the Democrats and their handpicked judges and Justices for their extreme positions on abortion, on religious liberty (they can’t even avoid oppressing The Little Sisters of the Poor), on the right to own a firearm, and on freedom of speech. Regarding the latter issue, Cruz did what Whitehouse wouldn’t — he talked about the facts of a case.

And not just any case — Citizens United, the Great White Whale of Whitehouse and his fellow Democrats. He noted that the governmental action at issue in Citizens United was the banning of a movie criticizing Hillary Clinton. I think most Americans still view such a ban as deeply offensive.

What most Americans will make of these hearings is less clear. I suspect the Democrats will be able to raise loads of money off of Whitehouse’s oration and that Republicans will do quite well in this regard off of Cruz’s.

The real question, though, is which party will win more votes in November based on these proceedings. I fear it may be the Democrats by virtue of their sheer persistence and of being able to talk so much, albeit speciously, about Obamacare.

It’s strange to see a nominee to the Supreme Court acting as a prop, a bystander, for rank electioneering. Yet, that’s what I witnessed today, in the latest installment of the degradation by Senate Democrats of the judicial nomination process.