Conservatives Shouldn’t Give Up on Academia 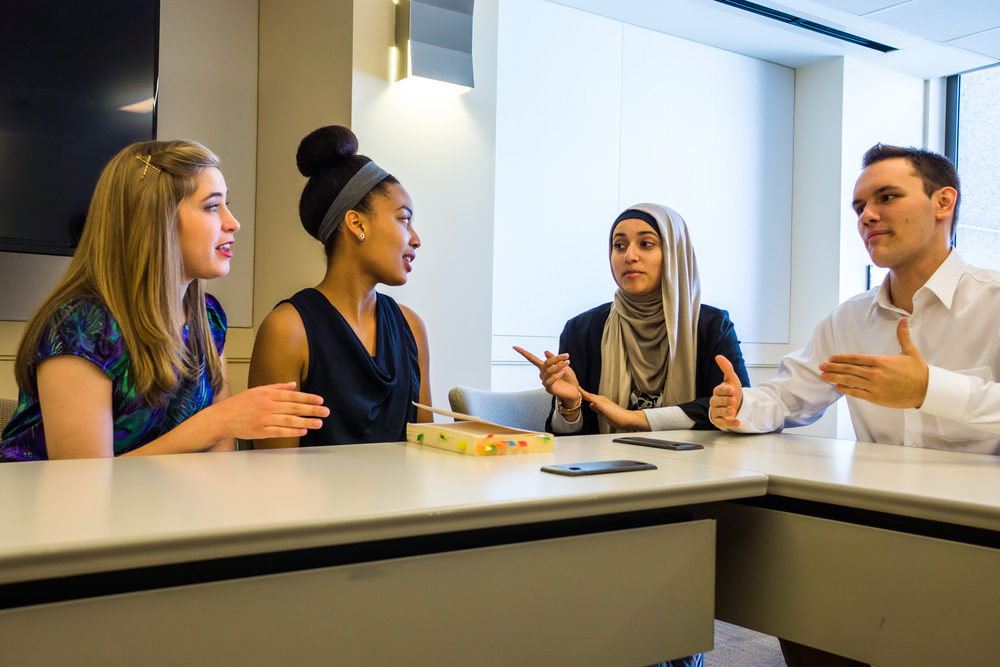 Rather than walk away from universities, they should challenge stereotypes about right-of-center ideas and try to change minds.

Academia continues its leftward shift at a rapid clip, as more schools move to remote learning. A professor at Marshall University was placed on leave after being recorded in a virtual class hoping that Trump supporters get COVID-19 and “die.” A few days ago, a student at San Anselm College, a Catholic university in New Hampshire, claimed that she’d failed an assignment after using “gendered” language directly from the Bible.

It’s no surprise that conservative professors are disappearing. Right-leaning academics report more hostility during the hiring process in higher education, while conservative students are more reluctant to share their views in the classroom than their fellow peers. It’s a grim picture, but the solution is not for conservatives to abandon academia. Instead they should embrace it.

I don’t make this suggestion lightly. Clearly, the hostility conservatives face in academia is no joke. In fact, it can affect their ability to succeed in the academy. Consider the number of right-leaning speakers who are disinvited or protested on campus every year. The vitriol is often frightening.

Even so, conservative students and professors shouldn’t head for the hills. Academia is a powerful institution—one of the most influential in our nation. Americans with college degrees report higher earnings and lower rates of unemployment, and, as a recent study found, those with college degrees rebounded from the Great Recession of 2008 faster than those without college degrees. As we cast our eyes toward a post-pandemic future, we’d be remiss to believe we can do just fine without higher learning.

The reasons aren’t just financial either. College graduates are more civically engaged and more likely to participate in volunteer work. They even have longer life expectancies.

Conservatives, then, ought to embrace higher education with an aim of changing it and thereby our culture at large. If we really want to have an impact, we must be a part of that culture. When I returned to graduate school in 2018, I realized just how little most left-leaning academics and students understand conservative thought. That’s not to say I had anything but a wonderful time in graduate school. I’m grateful for each and every one of my professors, all of whom took time to mentor me and make sure I was successful.

Nevertheless, I was struck by the profound lack of understanding about the political right.

This explains why most of my fellow graduate students had few, if any, close friends who were outspoken conservatives. After all, when we lack knowledge, we fall back on stereotypes. My peers often assumed President Trump represented the right as a whole, rather than a faction within a complex political spectrum. They saw conservatives as more callous and less empathetic than independents and liberals. Others assumed conservatives supported lower taxes only because they favored the interests of the wealthy.

My peers had an understanding of conservatism that was reliant upon media reports, second-hand rumors from friends, and a host of assumptions. The ivory tower’s ideological silo only reinforced these stereotypes. The same held true for many faculty members, no matter how positive their intentions.

I understand why some conservative students may feel defensive when stepping onto a college campus. We hear so much about “the threat of liberal professors” that we fear indoctrination lies around every corner. It makes us defensive. Yet to borrow a phrase from Wordsworth, conservatives must be “happy warriors.” If we pass through the schoolhouse doors defensively and stubborn in our own assumptions, we’ll hardly be positive examples of conservatism for our classmates and professors. My hope was this—when my left-leaning peers thought of conservatives, they wouldn’t think of some cliché they saw on TV. They would think of me, their friend and hopefully a positive example of a conservative student. And I think it worked. I know that some minds were changed.

Academia can only benefit from welcoming more conservatives, although the growing pains will not always be easy on either side. In this period of terrifying division, we have to find a way to bridge the gap. Conservatives must continue to familiarize ourselves with our own ideas—and those of our political opposites—by actively engaging with them in liberal environments like academia. More importantly, we can help our liberal peers do the same. When we rely less on stereotypes and more on humbly making conversation with those who hate our ideas, it’s a net good.

This is a massive undertaking and I’m certainly not naïve about the inevitable growing pains that come with close-contact ideological debate. But it’s still worth it. I went to left-leaning schools for my undergraduate and graduate education and I am better for it. You could be too.

Amy Lutz is a historian and Young Voices contributor based in Missouri. She holds a master’s degree in History from the University of Missouri, St. Louis. Follow her on Twitter @amylutz4.