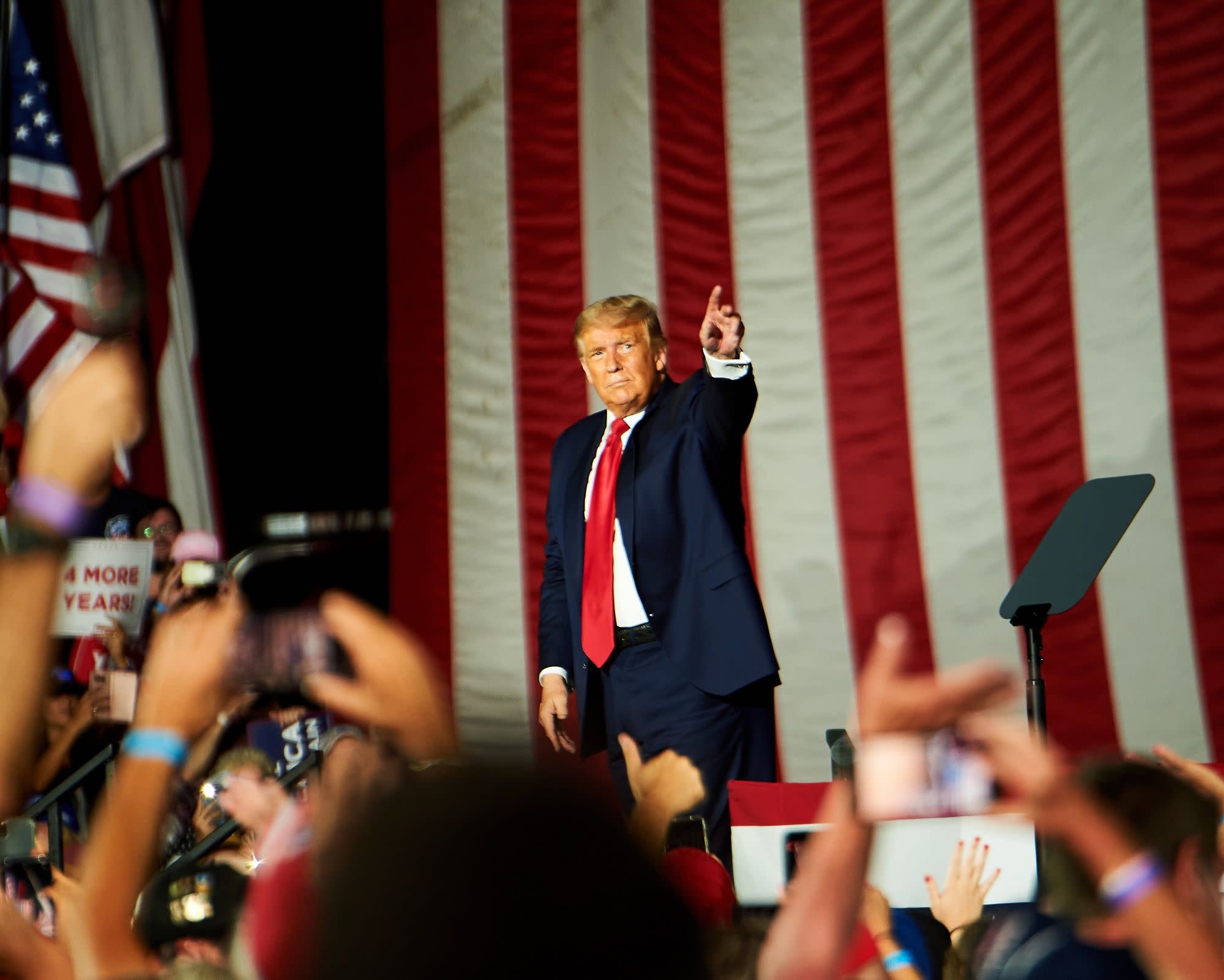 Republicans continue to line up behind Trump where their core interests coincide, such as solidifying a conservative majority on the Supreme Court by quickly confirming Judge Amy Coney Barrett. GOP candidates also are eager to tout tax cuts and deregulation under the president, longtime campaign themes that pre-date Trump.

But the president’s handling of the coronavirus pandemic and his attempt to force through a stimulus deal with Democrats are exposing fractures at a time when Republicans are facing grim Election Day prospects in three weeks.

Every recent national poll shows Trump trailing well behind Biden in the presidential race — 10 percentage points in the RealClear Politics average. Republicans have little chance of gaining on Democrats in the House, and may end up losing more seats. The party is at serious risk of losing its 53-47 Senate majority.

Direct, public criticism of Trump is still rare. GOP candidates need his fervently loyal base in an election where Democratic voters are motivated. Yet if they don’t try to create some distance with the White House they fully tie their fates to Trump.

“I think most Senate Republicans will privately acknowledge what everyone else seems to know: the president’s not going to win reelection and they are going to be dealing with a President Biden,” said former Arizona Republican Senator Jeff Flake, who retired in 2018 after Trump loyalists turned on him for criticizing the president. “He’s put some of my former colleagues in an untenable position.”

Trump’s erratic moves on the stimulus in particular have flummoxed Republicans, who were already divided among themselves over how big a package they’d agree to with House Speaker Nancy Pelosi and Democrats.

First he ordered an end to negotiations until after the elections, which endangered Republican Senator Susan Collins quickly labeled a “huge mistake.” Days later, Trump was pounding the table for a major deal.

But when Treasury Secretary Steven Mnuchin and White House Chief of Staff Mark Meadows drew up a $1.8 trillion administration proposal for talks with Pelosi, many Senate Republicans balked.

Trump undercut GOP lawmakers again on Tuesday a short time after Senate Majority Leader Mitch McConnell announced plans for a vote on a narrow piece of stimulus legislation, with a tweet.

McConnell’s decision to bring a vote on a smaller, Republican-only stimulus bill is a measure of defiance after Trump’s repeated urging for a massive pre-election stimulus, though he blames Pelosi for the failure to reach a deal.

Many GOP lawmakers are keenly aware that Trump could pull the rug out from under them at any moment. They also are concerned he could be even more unpredictable on stimulus negotiations as the election draws nearer, according to a person familiar with conversations among lawmakers and their aides.

White House spokeswoman Sarah Matthews said Trump “remains focused on saving the jobs of airline workers and providing relief to Americans unemployed through no fault of their own.” Matthews said Pelosi and Democrats were blocking action on pandemic relief “because of an upcoming election.”

One Republican who has consistently criticized Trump, Senator Mitt Romney, has a solid constituency in his home state of Utah that has made him largely immune to Trump’s wrath. He was the only Republican to vote to convict Trump on an impeachment charge and on Tuesday he ripped into the president’s political rhetoric, as well as the statements from some Democrats.

Some senators are shifting their campaign pitches to position themselves as a brake on Biden and the Democratic agenda. North Carolina Senator Thom Tillis, who is trailing Democrat at Cal Cunningham, told Politico last week that a Republican Senate was “the best check on a Biden presidency.”

Texas Senator John Cornyn, facing an increasingly competitive race against Democrat M.J. Hegar, said Wednesday on Fox News that he wants Trump to win so that the GOP can continue filling federal courts. But he acknowledged he is “very concerned” about Trump’s poll numbers and said Republicans “need the Senate as a firewall” against the Democrats.

A GOP strategist who has been consulting with Senate campaigns said Republicans have been carefully laying the groundwork to restrain a Biden administration on federal spending and the budget deficit by talking up concerns about the price tag for another round of virus relief. The thinking, the strategist said, is that it would be very hard politically to agree on spending trillions more now and then in January suddenly embrace fiscal restraint.

Some of Trump’s worst marks in polls come when voters are asked to assess his handling of the spread of the coronavirus, which has infected almost 8 million people in the U.S., including the president and some of his top advisers.

McConnell said last week he has been avoiding the White House for two months because proper protocols — social distancing and masks — weren’t being followed. Although he avoided mentioning Trump, McConnell said anyone not following health guidelines is now “paying the price.”

Even Trump’s staunchest supporters avoid directly tying themselves to the president. Embattled Arizona Senator Martha McSally refused to say in a recent debate whether she was “proud” of her support for Trump. She instead said was proud of delivering tax cuts. Senator David Perdue, asked about Trump’s low approval ratings, said “What I talk about is this: results,” citing economic growth pre-pandemic.

Kevin Madden, a Republican strategist and former aide to Romney and ex-House Speaker John Boehner, said it is now too late for Republicans to make a firm public break with Trump.

“Many Republican senators have built political profiles in the last few years as political allies of the president,” he said. “If there is anybody who’s going to survive and find those ticket-splitters, they will have started that process a long time ago and not now.”

For more articles like this, please visit us at bloomberg.com

Subscribe now to stay ahead with the most trusted business news source.