Biden campaign, MSM, and social media oligarchs all are signaling voters that Joe Biden’s pay-for-play scandal with Hunter as bagman is a BFD

The surest way to convince people that they ought to pay attention to something is to tell them they shouldn’t be allowed to see it. About a century ago, when Boston had a municipal movie censor, producers vied to be “banned in Boston” as a way of convincing the public to flock to their flicks.  This century’s version of the same lesson is called “The Streisand effect,” after the singer drew attention to her lavish seaside estate in California by attempting to suppress aerial pictures taken of it.

Nobody ever said Joe Biden was a quick learner. 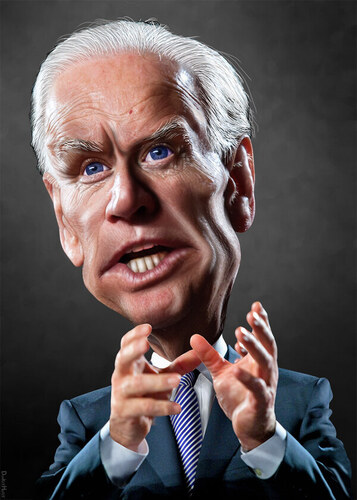 The Biden campaign has already badly blundered in its handling of the scandal unearthed when a computer repair store took legal ownership of a MacBook left with it more than 90 days and discovered thousands of emails as well as images and videos, some of them pornographic showing Hunter Biden. The store owner turned the laptop over to the FBI late last year, which has taken no public action, and out of frustration with the story being buried, released a copy of the hard drive to Rudy Giuliani, through an intermediary.

From Rudy to the New York Post, the story is finally becoming public through stories yesterday and today in the Gotham tabloid with an national following online. Twitter has gone full Pravda, censoring distribution of yesterday’s story, adding a “banned in cyberspace” label to a tale of a Ukrainian official of Bursima thanking Hunter for arranging a meeting his father, the Vice President.  Joe Biden had previously adamantly denied that he knew anything about his son’s business dealings. Today’s Post story is just breaking, but cannot be distributed via Twitter because the Post’s account is suspended, as well as that of the White House Press Secretary. Its revelations are very damaging to the Bidens:

Hunter Biden pursued lucrative deals involving China’s largest private energy company — including one that he said would be “interesting for me and my family,” emails obtained by The Post show.

One email sent to Biden on May 13, 2017, with the subject line “Expectations,” included details of “remuneration packages” for six people involved in an unspecified business venture.

Biden was identified as “Chair / Vice Chair depending on agreement with CEFC,” an apparent reference to the former Shanghai-based conglomerate CEFC China Energy Co.

His pay was pegged at “850” and the email also noted that “Hunter has some office expectations he will elaborate.”

In addition, the email outlined a “provisional agreement” under which 80 percent of the “equity,” or shares in the new company, would be split equally among four people whose initials correspond to the sender and three recipients, with “H” apparently referring to Biden.

Neither Jim nor the “big guy” was identified further.

Who, other than the VP, could be the “big guy”?

The campaign has not contested the authenticity of the emails. Given the claim that there are pictures of Hunter smoking crack and having sex with an unidentified female (apparently not his baby mama former stripper), contesting the authenticity could well lead to rlease of those pictures. But the campaign stupidly tried to get tricky with a “non-denial denial,” claiming that the meeting with the Burisma official was not on Biden’s official schedule. As if shady meetings on a pay-for-play basis would ever be officially noted.

And as Peter Schweizer’s investigation showed, on the dates when the meeting could have taken place, there was ample time for other meetings.  Moreover, there are other instances of Biden’s meetings not being noted on his official schedule. Mark Levin aptly drew comparison to the most damning feature of President Nixon’s handling of his own Watergate scandal:

Remember the 18-minute gap on the Nixon tapes during Watergate?  Well, we may have a 3-hour gap in Biden’s schedule on the day he is alleged to have met with the Burisma executive.  (H/T Julie Levin)

The Alphabet networks followed the lead of Twitter and had not one second of coverage of the scandal on their evening newscasts yesterday. Facebook has taken a slightly less thorough approach to censorship by allowing pots, but limiting their distribution, what was called during the Watergate scandal the “modified limited hangout” strategy. (It backfired then.)

Tonight, ABC will host a town hall discussion with ex-VP Biden that will serve as a test of its integrity. Will it try to pretend that the scandal is a non-event? George Stephanopoulos, a former Clinton administration official, has his reputation on the line. Meanwhile, on NBC, President Trump is certain to hammer the scandal in a town hall broadcast at the same time.

Last night in Des Moines, President Trump was adamant on the scandal

Perhaps the most explosive element of the scandal is yet to break wide open. Via RedState:

Rudy Giuliani took to YouTube to lay out the case for a new accusation:

That Joe Biden was receiving half of Hunter’s contracts.

Guiliani presents a text message, allegedly from Hunter Biden to Naomi Biden, his daughter.   In the text, Hunter says that he has been paying for everything for 30 years and it has been tough, but that he won’t take 50% of her salary as “Pop” did.

“I love you all but I don’t receive any respect and that’s fine I guess. Works for you apparently. I hope you all can do what I did, and pay for everything for this entire family for 30 years.  It’s really hard but don’t worry, unlike Pop,  I won’t make you give me half your salary.”

Also in the video, Biden describes contracts that his brother James, who was woefully unqualified, received simply because of his association with Biden as Vice President. Biden also allegedly used his influence to help James’ wife, Sara.

If these texts are accurate and mean what they seem to mean at first look, then Hunter was acting as a bagman for bribes paid to his father.

It doesn’t get any more scandalous than a drug addicted, skank-banging adult child acting a bagman for a Vice President who is his father.

Unless, that is, the President of the United States is also involved.