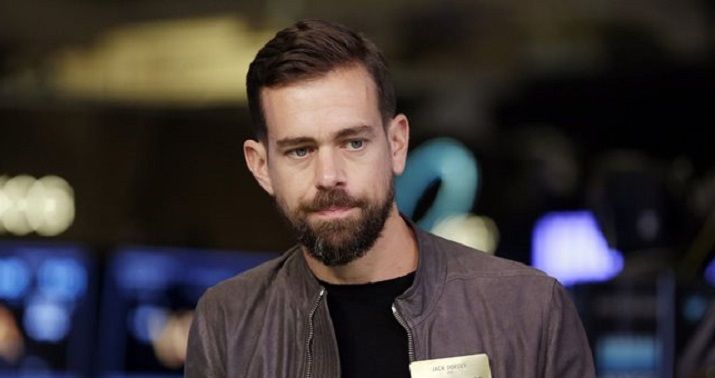 John covered most of the lowlights of the bombshell New York Post article yesterday about Hunter Biden’s influence-peddling at Burisma, with a specific focus on how the social media giants reacted. Much of the initial focus was on Facebook for the rapid way it clamped down on any mention of the story, and rightly so. But as John noted, Jack Dorsey’s crew at Twitter wasn’t far behind. They almost immediately started muting, shadow-banning and disabling the accounts of anyone who dared to mention the forbidden knowledge. Heck, even Ed Morrissey had one of his tweets hit with a “suspicious content” tag just for linking to it.

Twitter quickly went through a series of excuses for why they were doing this, beginning with claims that the content was “false.” They then moved to say that the story was “unverified,” before finally settling on saying the news was based on “hacked content.” All of those claims seemed to fall apart pretty rapidly and by the end of the day, Dorsey was forced to come forward and admit that his company had handled the issue in an “unacceptable” manner. But even then he didn’t say that they shouldn’t have been running this scheme to protect the Biden campaign. He just apologized for “not explaining it” well enough. (NY Post)

Twitter CEO Jack Dorsey said it was “unacceptable” that the social media giant blocked users from sharing a Post exposé about Hunter Biden’s emails without providing a clear message as to why it was taking the action.

Dorsey released his statement in a tweet Wednesday night — hours after a number of high-profile Republicans, including Sen. Josh Hawley, blasted the social media giant for blocking the stories from being shared on the platform.

“Our communication around our actions on the @nypost article was not great. And blocking URL sharing via tweet or DM with zero context as to why we’re blocking: unacceptable,” Dorsey wrote in the tweet.

Our communication around our actions on the @nypost article was not great. And blocking URL sharing via tweet or DM with zero context as to why we’re blocking: unacceptable. https://t.co/v55vDVVlgt

We should also point out that this effort to suppress the story, which essentially amounts to election interference, isn’t limited to social media. The memo obviously went out to all of the cable news networks quickly. As of this morning, the most recent mention of the name “Hunter Biden” on CNN’s website is an article from more than a week ago talking about “baseless conspiracy theories” regarding Ukraine. NBC News actually does have one story touching on the subject, but it’s focused on comments from President Trump “repeating his often-told conspiracy theory” about Burisma. They go on to claim that the emails “aren’t verified” and “no such meeting with Joe Biden” was on his schedule from the time. ABC News took the same path, describing the news as a “dubious tabloid story.” So we’re seeing a familiar pattern here. The mainstream media is either rushing to discredit the story without attempting to verify it or simply ignoring it entirely.

The truly laughable part of all this is that the idea this was somehow “fake news” or election interference has already imploded. As the Daily Wire quickly reported, the Biden campaign isn’t even denying it, though they’re not confirming it either. They did say that “it’s possible” that the former VP may have had an informal meeting with a Burisma executive. But you know how that goes, right? We all have so many meetings with wealthy Russian oligarchs. Who can keep track of them all? I’m sure it’s easy to forget a few of them, right Joe?

By the way, that reminds me of another rake that Twitter stepped on when attempting to justify their actions. The last excuse we heard was that the information about the meeting taken from Hunter Biden’s emails was “hacked content.” But if the information was actually hacked from Hunter’s documents, doesn’t that sort of imply that it’s true? Why would anyone bother hacking somebody else’s data just to steal something useless? By saying this was “hacked,” Dorsey is tacitly admitting that the emails are real and the story is based on something real enough to merit public investigation and discussion. So why is it still being suppressed?

The irony here is that most of the mainstream press obsessed for years over supposed Russian collusion to interfere in our elections. But now, right in front of our faces, those same media outlets are engaging in actual election interference by blocking a huge story from the public’s view.

Just for fun, here’s Josh Hawley in a Free Beacon “Beastmode” segment asking Amy Coney Barrett if a “hypothetical Vice President with a hypothetical adult son” who was selling access to the Vice President to a foreign oligarch constitutes corruption. Enjoy.