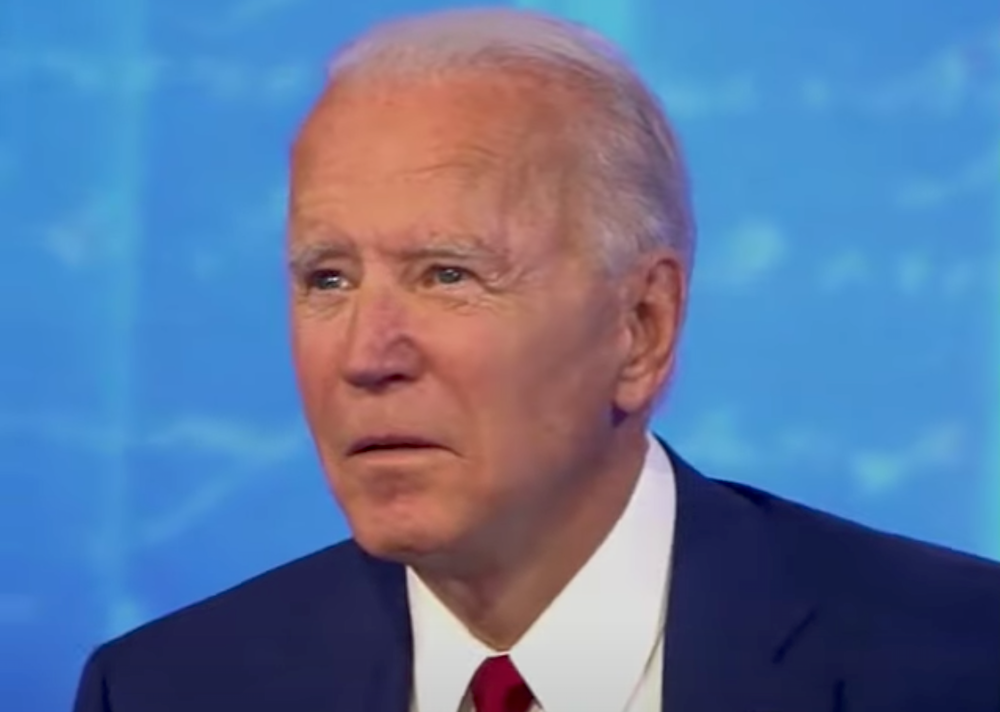 Joe Biden came into Thursday night’s town hall, which was originally supposed to be a debate, stung by new allegations of influence-peddling involving his son Hunter. The question on everyone’s mind going in was whether he would be allowed to answer any question harder than chocolate or tapioca? With social media strangling the Hunter story from the New York Post, the nation’s oldest continuous daily newspaper, and Twitter going dark after criticism, it was up to old media, ABC News, to act responsibly and ask the question.

Joe appeared with Greek heartthrob George Stephanopoulos. They started off with a question from a Democrat who was dismayed by Trump’s response to COVID-19. What would Biden have done differently? Now listen, carefully. He wanted more access to China; so did Trump. After that? Biden wrote a USA op-ed. But he can point to nothing he would have done substantively differently from Trump’s response. Nothing. This is important. According to Democrats, Trump killed 200,000 people, but they can’t say what they would have done differently.

Biden’s big plan going forward seems to be a mix of big signs about masks in stores, ventilation systems, and bearing the example of wearing a mask. On vaccines, Biden referred to the body of scientists, whatever that means, and said that if they said it was OK, he would take it. But he reminded us that Trump lies and we should be careful.

Joe Biden insisted that as president he would spend a lot of time telling governors, mayors, and maybe even city councilmen, “Wear a mask!” “Mandate masks!” He then suggested that kids are in danger. Joe was waving his mask around the whole time, but he wasn’t providing a lot of evidence.

Lucky Joe just happened to have some kind of card in his pocket when he was asked by a Trump supporter about eliminating middle-class tax cuts Trump provided. Joe kept referring to the card — not without difficulty — but didn’t really answer the question. And heartthrob George, instead of pressing Biden on taking away middle-class tax cuts, asked if it’s really fair to tax the rich. He didn’t just put the ball on the tee, he grabbed Biden by the hips and said, “swing.”

A young, progressive, black voter asked if Biden would change the racist systems in America. Biden talked about funding, funding for education. He did not address the fact that some of our best-funded schools are some of our worst, especially in vulnerable communities. It was a saccharine repetition of generations of failure.

Biden insisted in regard to his support of the 1994 crime bill that he does not think drug addicts should go to jail. He thinks they should go into mandatory rehab — presumably in Ukraine on business travel. There were promises of talking to black and brown people. Biden also said police should “shoot them in the leg,” instead of shooting to kill in self-defense. He is very cavalier about the lives of law enforcement officers.

Biden was very gently asked if the confirmation of Amy Coney Barrett as a Supreme Court justice would open the door to establishing “guardrails” to protect the judicial system. Yeah, that was the question on whether he would pack the Supreme Court. No question, no answer — exactly what ABC News intended. Biden defended his position by referring to arguments between scholars. When pressed, Biden said he wants a slow debate process in the Senate or else he will consider packing the court.

Shockingly, we got a question from a disaffected Republican who doesn’t like Trump. Thank God ABC News found one of these 57 people or so who exist in the world. The question was how will Biden be more civil? It was a trash bag of nonsense that had no place in a serious town hall. It was the breadcrumbs in a very disappointing meatball.

This was really sad. It was sad in the way that old baseball players used to suit up and do old-timers games. This was an old-timer game. Biden put on his uniform and took batting practice, and he didn’t take it all that well. Biden was a back-up in the Obama administration, and making him the starter isn’t looking like a great bet.