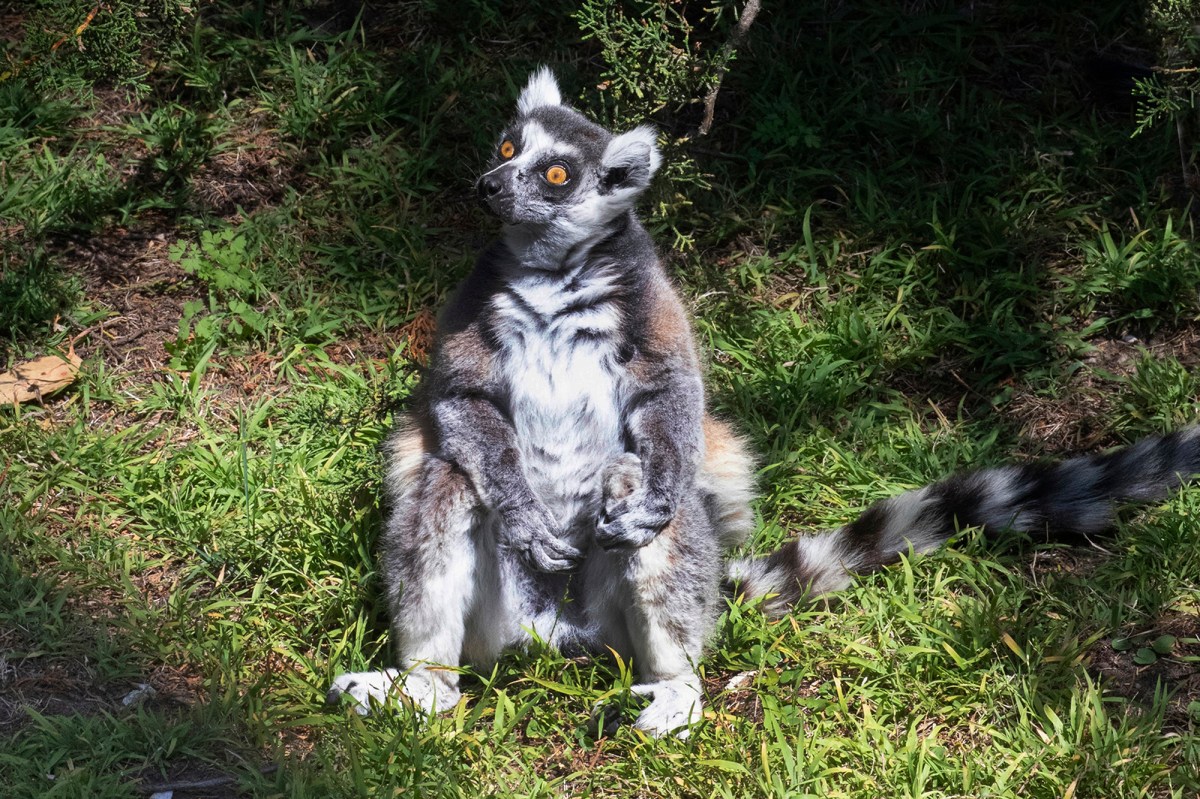 Recapture an endangered ring-tailed lemur stolen from the renowned San Francisco Zoo — and get a lifetime zoo pass.

James Trinh got the reward for spotting the lemur, Maki, and he couldn’t be happier. After all, he loves animals — and he’s only 5, The Associated Press reported.

Maki, who is 21 and has arthritis, went missing Wednesday, but zookeepers found evidence that he didn’t walk away on his own: Someone had pried open the door of his cage.

On Thursday, though, James spotted Maki on his way home from preschool, about 5 miles from the zoo. He exclaimed: “There’s a lemur! There’s a lemur!”

But the director of the Hope Lutheran Day School wasn’t so sure. “I thought, ‘Are you sure it’s not a raccoon?’”

Maki darted from the parking lot to the playground and hit in a miniature playhouse. The school called the cops, who called zookeepers. Everybody watched — kids, teachers and even moms and dads – as the caretakers cajoled Maki into a cage, the outlet reported.

The primate is “still agitated, dehydrated and hungry,” but should be back to good health soon, zoo director Tanya Peterson told the AP.

A $2,100 reward for locating Maki that the zoo had offered will go to the church, but Peterson wanted to give a little something to James and his family, too — the lifetime membership.

“They literally saved a life,” she said.