Portland cops to use three-digit IDs on helmets during protests 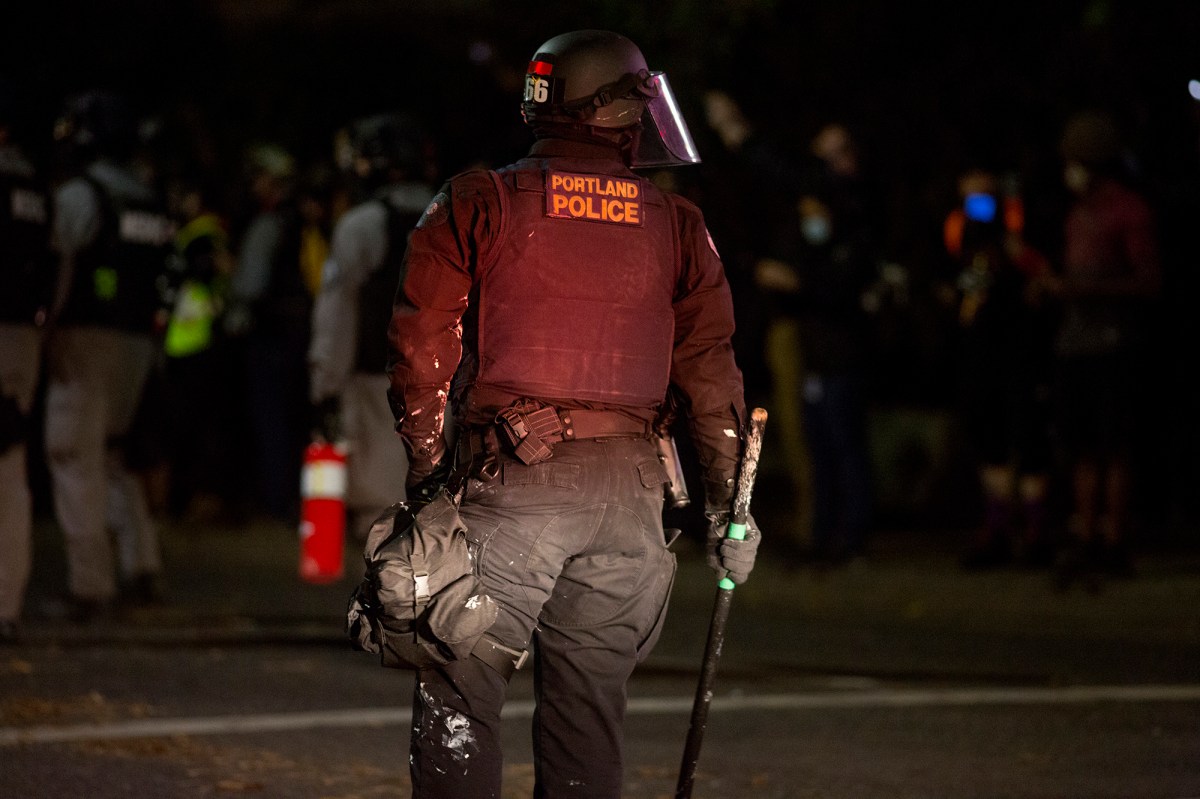 Portland cops will soon have large numbers stenciled on their helmets to make them easier to identify during protests.

The three-digit number will be part of a new numbering system for city officers’ identification, the Oregonian reported, as nightly protests which sprung up after the May 25 death of George Floyd continue.

Portland allowed officers to remove their name tags and replace them with six-digit personnel numbers out of concern for officers’ safety, after personal information was posted online during protests in 2014 following the death of Michael Brown in Ferguson, Missouri.

Critics complained those personnel numbers were too difficult to read and mark down. The new numbering system will be in place by Nov. 15.

“We support peaceful protest and understand that reforms to advance racial justice are necessary and overdue,” Deputy Chief Chris Davis said in a statement Friday night. “We also want the public to be able to easily identify officers if they have concerns.”

The bureau also plans to eventually return last names to police uniforms, embroidering them onto the uniform instead of having officers wear metal name tags affixed to their uniforms. But the bureau did not provide a timeframe for the names to return to police uniforms.

Police also removed five officers from crowd control assignments and put them in “alternative” duties while their actions during recent protests are under investigation stemming from complaints from the public.