Rush and Kathryn Donate $500,000 to Support Our Heroes

RUSH: Can you believe this, folks? A police car in Seattle was set on fire while the police officer was sitting inside the vehicle. Now, this is absolutely outrageous. And unfortunately, it’s the kind of attack on law enforcement that is happening far too often.

Do you remember — I’ve been asking this question a lot. Do you remember when our police and our first responders were seen as American heroes? Everybody wanted to be in their company. They were loved. They were adored. They were appreciated. And it wasn’t that long ago. You go back 19 years to 9/11. But you don’t have to go that far back. 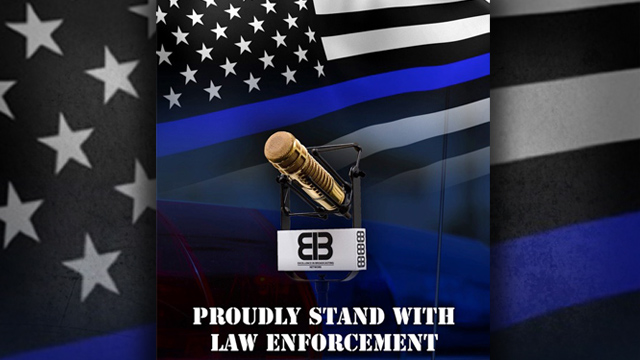 My point is that in less than a generation our culture has seemingly turned from having love and respect for law enforcement and first responders to outright hatred. And it’s been brought to us through the good graces of idiot outfits like Antifa or Black Lives Matter, which are both sponsors and sponsored by the Democrat Party. And it is mind-boggling how rapidly this has happened.

It goes to the whole question of what kind of country are we. We are a good country. America is the good guys. We are good. But we are up against a political party which does not believe it any longer. Lately policemen and policewomen are being lumped into a pool of evil villains. They’re being yelled at. They’re being attacked, demeaned, shot at, now lit on fire by rioters. People want to defund them. People want to put ’em out of business. It’s truly terrible what’s going on out there. And it’s not acceptable, period.

It is time we speak out, folks, and support our heroes again. Law and order, safety in our cities and towns should be top priority for all Americans, and appreciation for those on the front lines should never waver. These people put their lives at risk, their families at risk. They’re not paid anywhere near the top of the pay scale in America. And yet they do it. They all volunteer. They all have to pass rigorous tests to become uniformed police.

Now, I tell you what. This incident in Seattle, coming off the incident in Compton, California, where two sheriff’s deputies were sitting in their car and some locoweed walks up and fires inside the car point-blank. And one of the officers — and these are first-year officers — shot point-blank in the face is able to get out of the car and rescue and shield and protect her partner and herself. Now this in Seattle. And it’s just a shame.

So because of this, this year Kathryn and I have decided to donate 100% of Rush Limbaugh Show Store profits to the families of law enforcement. I mentioned this to you last week. Every week Kathryn and I will select deserving recipients from a list of nominees, and you’ll be able to nominate these people at a website that will tell you about it, but if you just go to RushLimbaugh.com and find the “Store” tab and just shop there, virtually every bit of profit associated with sales will be donated to the families of law enforcement.

If you’d like to be part of this, the Support Our Heroes campaign is what we call it. Simply visit the Rush Limbaugh Show store today and this weekend and shop. With every order, we’re gonna send you a free, exclusive five by seven Rush Limbaugh Proudly Stand With Law Enforcement magnet to display.

Now, to get things rolling today, ’cause we never ask people to do things that we don’t, to get things rolling today, Kathryn and I are adding $500,000 to this effort from our foundation to be distributed to the families of our heroes. This is a great time to pick up early Christmas presents, especially when you know that a hundred percent of the sales profits will be helping the families of law enforcement. Just go to the only official store located on RushLimbaugh.com. 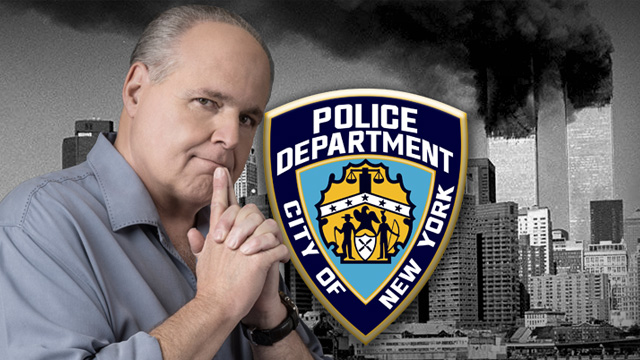 By the way, whenever we do this, all kinds of knockoff stores happen, all kinds of fakes. Do not fall for any of the fakes. Make sure you go to the RushLimbaugh.com website and find the “Store” tab. That’s the only place where the profit from your purchase will go to our law enforcement campaign.

Like we’ve got the new Preserve America ladies’ polo shirt. So I’m giving you a fair warning so that we don’t get a lot of angrygrams that we’re not going to be restocking this year. So when we sell out, we really are fully sold out. “Why won’t you restock, Rush? What’s the problem with restocking?” Don’t worry. We have sufficient quantity. This is the business model for this year and there’s a lot of requirements that we have to meet and so forth, and this is the best way for us to do it.

But it’s not a trick. It’s not designed to get you to act any faster than you would and it’s not designed to, “Oh, my gosh, Rush is out, let’s beg ’em to restock.” It’s not about that. One hundred percent of all profits go to the Support Our Heroes campaign. And you can do this by going to RushLimbaugh.com and look for the “Store” tab and be part of the Support Our Heroes campaign.

There’s also a tab on the Store where you can nominate deserving law enforcement or first responder heroes because that’s how we find out who is worthy of being donated to. So, it’s very simple. RushLimbaugh.com; look for the “Store” tab. You can be a part of the Support Our Heroes campaign, 100% of the profits, folks. We’re not making a dime on this. Every bit of profit on this — and the items are not cheap. Don’t misunderstand — 100% of all profit goes to the Support Our Heroes campaign.

We are very appreciative of the support we’ve had so far. In fact, we gave it a week to make sure — we didn’t want to say, “Oops, folks, we’re out.” So there’s still plenty there. We’ve sold out of some things. There’s still plenty. And you can see it, RushLimbaugh.com, official “Store” tab.