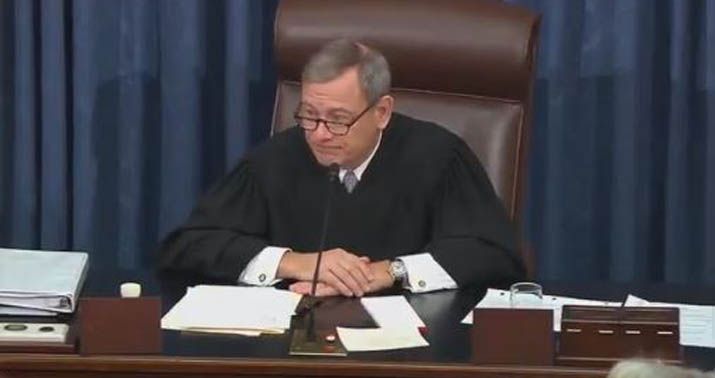 Thanks to the Supreme Court, the odds of knowing who won the presidential election on the night of November 3rd just fell even lower. Pennsylvania voters have been requesting absentee ballots in record numbers this year and those ballots traditionally had to be received by election day so the counting could begin as soon as the polls closed. But state Democrats went to court asking for ballots to be considered valid if they were postmarked by election day and received within three days later, on November 6th. The state supreme court sided with the Democrats on Saturday and the issue was appealed to the Supreme Court on an emergency basis. Last night the nation’s highest court weighed in by failing to weigh in. The court was deadlocked 4-4, allowing the state court’s decision to stand. (Associated Press)

The Supreme Court will allow Pennsylvania to count ballots received up to three days after the election, rejecting a Republican plea.

The justices divided 4-4 Monday, an outcome that upholds a state Supreme Court ruling that allowed election officials to receive and count ballots until Nov. 6, even if they don’t have a clear postmark.

Republicans, including President Donald Trump’s campaign, have opposed such an extension, arguing that it violates federal law that sets Election Day as the first Tuesday after the first Monday in November and that such a decision constitutionally belongs to lawmakers, not the courts.

Some of the breathless arguments I’m already seeing on cable news this morning over this decision are probably a bit overblown. This is more of a procedural question than one that’s likely to have a major impact on the election. While there will no doubt be a significantly larger number of absentee ballots this year than in previous elections, most of them have already been sent out. If you’re a voter who is engaged in the process to the point where you took the trouble to request a ballot in advance, what are the odds that you’re going to wait until the actual day of the election has arrived to mail it in? I can’t imagine the numbers being all that huge.

As to the GOP’s argument that this rule violates the requirement for the election to end on election day, I can understand how some might see their side of it. But at the same time, if you vote in person, particularly if your state uses those optical scanning machines, your vote is “cast” when you have filled out your selections and fed the ballot into the machine. So there’s a valid argument to be made that mail-in voters have “cast” their ballots when they mark their selections, place the ballot in the envelope and drop it in the mailbox. It doesn’t sound like that much of a deal-breaker to me.

The bigger news in this story, at least in my opinion, is how the Supreme Court wound up being deadlocked. No opinions were issued for this emergency ruling (as usual) but we know that Chief Justice John Roberts once again sided with the three remaining liberal justices in favor of the Democrats’ request. If you still needed more proof as to why Amy Coney Barrett needs to be confirmed and seated as soon as possible, this should be a good reminder.

John Roberts has stated repeatedly that he doesn’t want his court to be stigmatized as being ideologically and predictably locked between conservative and liberal justices. Anthony Kennedy used to fill the role of the “swing vote” to detract from that perception. But with Kennedy and Ginsberg both gone, it appears that Roberts is increasingly taking on that role for himself. I’m guessing he saw the opportunity to project the impression of “bipartisanship” in a case like this one that really could have gone either way and he took it, siding with the liberal justices yet again. With Barrett on the court, we’ll have five solidly conservative, originalist justices making up a majority and Roberts can go vote with the liberals until he’s blue in the face if he likes.