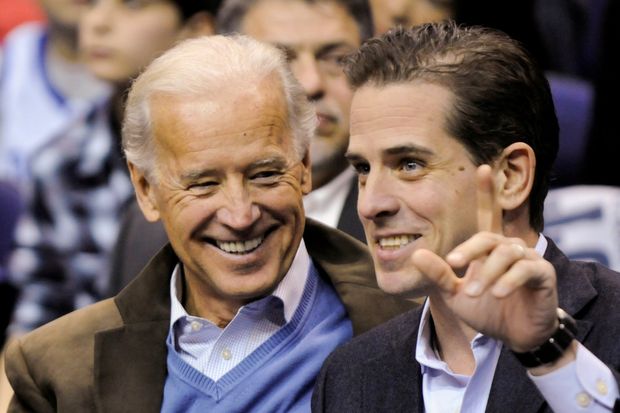 In November 2011, an elite group of Chinese Communist Party members and cronies of the Chinese regime secured a meeting in the White House thanks to the efforts of Hunter Biden’s associates. The meeting is said to have been with Vice President Biden and other Obama administration officials.

Schweizer and Bruner were able to break this story thanks to the cooperation of Hunter Biden’s former business partner, Bevan Cooney, who is serving a federal prison sentence for a fraud scheme. Cooney gave them access to his email account, which contains years of correspondence with Hunter Biden and his former associates.

Based on Cooney’s emails, Schweitzer and Bruner report that in November 2011, Hunter Biden’s business associates, including Devon Archer who has also been convicted in federal court, arranged meetings at the Obama White House for a delegation of the China Entrepreneur Club (CEC). According to McCarthy, the CEC “is led by high officials of the Chinese Communist Party, some government officials (including diplomats), and billionaire business executives with close ties to the regime.”

How would the extreme gratitude of the Chinese be manifested? According to Schweizer and Bruner, in discussions among themselves, Hunter Biden’s crew made it clear that they anticipated cashing in on business prospects that were expected to arise from providing the Chinese with high-level access to the Obama administration. As we will see below, they succeeded.

That’s known as influence peddling — in this case for the benefit of powerful adversaries of America.

Devon Archer tried to keep Hunter Biden’s fingerprints off of the effort to secure a White House meeting for the Chinese. In an email to Cooney and another associate, he said, “Couldn’t confirm this with Hunter on the line, but we got him [presumably, Kashoggi] his meeting at the WH Monday for the Chinese folks.” However, Hunter Biden was copied on an email sent a minute earlier discussing dealings with Kashoggi.

The visit occurred on November 14. The CEC delegation was logged in as guests of the deputy director of Obama’s Office of Management and Budget. However, it received high-level access, including a personal meeting with Vice President Biden. This was later memorialized in a CEC publication (at page 53) by CEC Secretary General, Maggie Cheng.

The reporting of Schweizer and Bruner is independent of the New York Post’s reporting on emails from Hunter Biden’s laptop. It is based not on those emails, but on Cooney’s.

However, McCarthy notes a connection between the CEC story and what Hunter Biden’s emails reveal:

Hunter and Archer later formed the Bohai Harvest RST (BHR) investment fund backed by lavish Chinese government funding. The arrangement was being negotiated when Hunter accompanied his father on Air Force Two for a 2013 trip to China. BHR eventually made investments in a ride-sharing company said to be closely connected to Liu Chuanzhi, the CEC chairman — a former Communist Party delegate who was among the leaders at the 2011 White House visit.

This, it seems, was the payoff (or part of it) to Hunter Biden and Devon Archer for setting up that meeting at the White House for Liu Chuanzhi and the other Chinese Communist bigwigs.