Why President Trump’s Recovery Should Inspire Hope, Not Derision 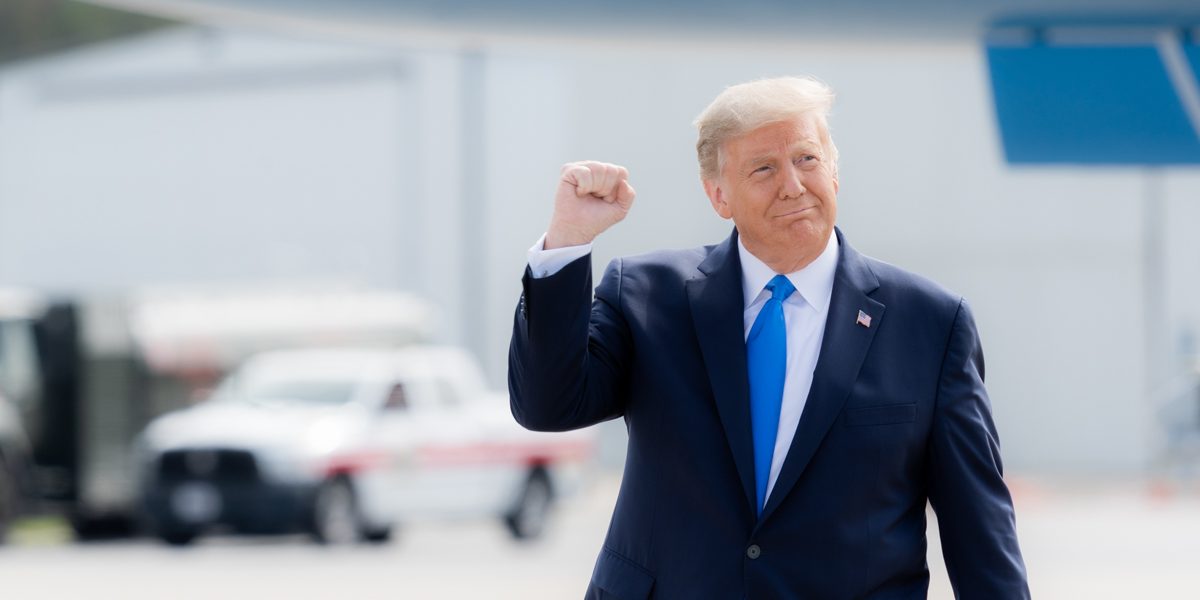 It is no secret that many of President Trump’s critics found news of his coronavirus infection a cause for celebration, a sad indictment of how this pandemic has become politicized. But his relatively speedy recovery from the virus should be welcome news not only for his supporters but also for those viewing the pandemic outside of the political prism. Much of our 24-hour news cycle, whether in the U.S. or in the UK, where I live, is filled with a defeatist mentality towards the pandemic, often neglecting the fact that the overwhelming majority of people who contract the virus recover either naturally or with medical treatment.

Granted, many may argue that the treatment received by President Trump is unlikely to reflect that which is offered to the majority of people. But a lack of conclusive evidence behind drug strategies for COVID-19 precludes any standardization of its care across the world. This allows medical practitioners some degree of improvisation in their decision-making, dependent on clinical severity, local resources, and patient preference.

The three drugs used in the treatment of the president’s infection, the REGN-COV2 antibody cocktail, Remdesivir and Dexamethasone, demonstrated what can be improvised from the cutting edge of medical science when the stakes are high; and it doesn’t get much higher than the president of the United States.

The REGN-COV2 antibody cocktail is a drug consisting of multiple antibodies that neutralize the Spike protein of the coronavirus, which allows the virus access into human cells. The antibodies are created by two parallel methods: one is derived from “humanizing” genes from recovered mice infected with SARS-CoV-2, and the other is derived from the blood of recovered COVID-19 patients. A cocktail of different antibodies is used as a single antibody can rapidly lead to the virus mutating and developing resistance. The REGN-COV2 antibody cocktail is currently undergoing human clinical trials.

Remdesivir is an antiviral drug believed to work by interfering with the coronavirus’s RNA replication process. An early clinical trial performed in China did not demonstrate any advantage of Remdesivir in COVID-19 patients, although some feel that this may be because the drug was given after peak viral replication and also because the study population was too small. A much larger study performed across many countries, however, showed that Remdesivir shortened the recovery time in patients hospitalized for COVID-19. This study has provided a platform to use the drug in many countries such as the U.S. and the UK, albeit in a restricted capacity. Recently, however, another trial organised by the WHO has cast doubts on its efficacy. Given the recent scepticism shown towards the WHO since the pandemic, particularly allegations of their bias towards China, it is unlikely their doubts would deter those already convinced of the drug’s merits.

Dexamethasone is a steroid that works by reducing the excessive immune response to the virus. It is a controversial drug to use, as historically in some respiratory illnesses such as severe influenza, it may actually make the patient worse. But clinical trials in humans who had COVID-19 have shown dexamethasone to be very effective in reducing mortality in very unwell patients. Its use in President Trump remains contentious, as many scientific bodies, including the National Institute of Clinical Excellence (NICE), have recommended that its use be limited to severely unwell patients rather than in mild cases.

Whether or not any of these drugs actually helped President Trump (himself considered to be in the higher-risk category) recover faster is open to debate. Recovery from the virus occurs on a spectrum. Some people are asymptomatic while others require high-level organ support. Some have mild symptoms that last only a few days while others have symptoms that last several weeks or months. Prime Minister Boris Johnson, for example, took many weeks to recover, and we still don’t really know why some people do better than others.

I’ve never witnessed a world leader so intimately engaged with his supporters as President Trump, and it is easy to see why he has such a strong core following. His eagerness to get back to these supporters who view him as an anti-Establishment crusader, following (and even briefly, during) his hospital stay, was likely intended to undermine that very Establishment’s message of an incurable and devastating virus.

While I do not necessarily share his view, which could be seen as a trivialization of the virus, I also believe it is important not to have a narrow view of the threat of the virus, so that we are not limited in how we can react to that threat. It is worrying to see, for example, how the livelihoods of millions, even billions, of people across the world have been destroyed, as a reaction to this perceived threat, in the form of lockdowns, business closures, and compromising the education and well-being of our young, who are the least likely to suffer the more pernicious effects of the virus. The fact that countries, such as Sweden, or states such as South Dakota, have successfully pursued less authoritarian policies compared to countries such as Peru or states such as Michigan only highlights that “the science” is not yet conclusive and that we should, therefore, be open to exploring alternative strategies.

While in no way belittling the tragedy that this pandemic has inflicted on so many, President Trump’s viral course should serve as a reminder that recovery from this virus, naturally or with medical help, should be viewed as the norm rather than the exception. This should give us a sense of hope in our own natural defenses as well as faith in our ability to innovate medically rather than live in a perpetual state of helplessness.