American Conservatism at a Crossroads 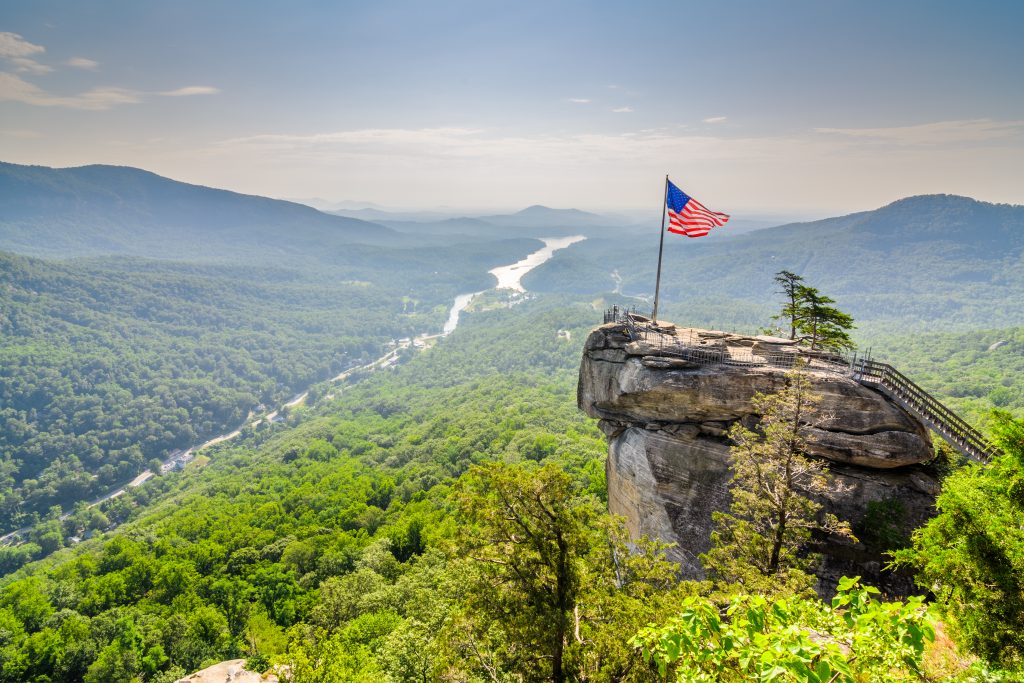 Blame it on the Eighties, at once the end of the beginning and the beginning of the end. According to the official script, our country ratified the conservative achievements of that decade. We twice elected Ronald Reagan president, cut taxes, won the Cold War and launched an information technology boom. “The conservative revolution is here to stay,” wrote Heritage Foundation Distinguished Fellow Lee Edwards at the century’s end.

Cut to 2020. Americans don’t seem to be celebrating. Urban rioters of all races are destroying property and assaulting “racist” whites. Public debt is nearly 100 percent of Gross Domestic Product, a figure the Congressional Budget Office projects will rise to nearly 200 percent by 2050. Hate crime hoaxes are rampant. And the House of Representatives is home to a collection of reprobates who profess a loathing for our historical identity. What conservative revolution?

This wasn’t supposed to happen. American conservatism, an ideal fusion of democracy, capitalism, a strong military, religious piety and open immigration is a model for the world over, right? But consider the possibility that this model has some serious design flaws and was never all that conservative in the place. Its legacy looks impressive, but that is largely a product of public relations.

Many conservatives sense they’re being had. And the conservative noticing the most is political philosopher Paul Gottfried. Through numerous books, essays and editorials, he has built a compelling case that American conservatism’s “triumph” owes to diluted mimicry of the very Left it claims to abhor, a mimicry that achieves self-parody in the tag line “Liberals are the real racists.” This metamorphosis of conservatism from an earlier, more authentic form, Gottfried has argued, has been disastrous, undermining the Right’s ability to reverse our nation’s accelerating leftward drift. His new collection, The Vanishing Tradition, featuring 10 outside contributions, unmasks the character of this identity transference and its consequences.

Gottfried, for over three decades a professor of humanities at Elizabethtown College in Pennsylvania, takes big ideas seriously. Anyone who has read his published work, or listened to his annual president’s speeches at the H.L. Mencken Club, is familiar with his witty, acidic views of the media-conscious enforcers of Conservatism, Inc. He doesn’t hold back here either.

In the Introduction and Afterword, Gottfried identifies the nature of the power players who run the apparatus of official conservatism. America, he emphasizes, is not exempt from the logic of political regimes. Even in democracies, certain ideas take precedence over others more because they are officially sanctioned, not because they are the winners in an intellectual “marketplace.” People who hold power are not objective referees. They set the boundaries for what can and cannot be said publicly because their goal is protecting their legitimacy. Egalitarian liberalism is firmly ensconced as America’s reigning Big Idea. Yet tragically, conservatives lie to themselves that they’re in control. If they lose a few matches, that is due to insufficient minority “outreach” or hostile, clandestine liberal forces (e.g., George Soros).

Bollocks to that, says Gottfried. The primary obstacle to conservative dominance is conservatism itself, or more accurately, the amalgam of money men and opinion leaders collectively known as Conservatism Inc., still trying to give the Eighties a permanent lease on life. Conservative gatekeepers are not about to risk breaking up the center-Right coalition established in the Reagan era by tolerating heterodox opinions from within. That this coalition was fragile from the start, prone to capricious shifts in public opinion, does not enter their minds. Desperate to preserve their institutional viability, this faux-Right has no qualms about barring participation by troublemakers, especially on issues related to race and immigration. Peter Brimelow, John Derbyshire, Jason Richwine and Gottfried himself, among others, have learned first-hand of this version of “cancel culture.” Conservatives still can obtain a platform, of course, but on the condition of their good behavior, which is to agree to be on the losing side.

Conservatives who play this game, however lucrative it may be, are on a fool’s errand. “(T)he conservative movement has insulated itself so well against examination by an independent Right that it no longer has to worry about inventing its past,” Gottfried states in the Introduction. “It has become, with the docile compliance of the Center Left, the ultimate creator of how it got to where it is.” In his Afterward (“The Never-Ending Purges”), he likewise offers: “The purges were not a passing ancillary aspect of conservatism; they were a defining (author’s italics) characteristic of a movement, whose modus operandi was to take up stands where the Left had been the moment before.” This capitulation has imposed real costs upon our nation – such as the recent destruction of the once-lovely Portland, Oregon.

Political philosopher Jack Kerwick clarifies the traditionalist position in the book’s template essay, “Big Conservatism and American Exceptionalism.” Big Conservatism, or the “Big Con,” he argues, rests on the premise that America, unlike other nations, is a creed, a set of universally applicable propositions such as equality, democracy and liberty. In effect, we are the French Revolution done right. By importing people from other countries and exporting our economic, diplomatic and military largesse to other countries, we make the world and ourselves better off. In this schema, the Somalians are as capable of assimilation as the Scots. Apparently, Rep. Ilhan Omar never got that memo.

This sentimental fantasy, dressed up as reason, argues Kerwick, is the foundation of American Exceptionalism (AE). And accepting it has become a requirement for conservatives in search of an audience. Our post-Cold War conservative intelligentsia heap scorn upon any intimation that some nations are better for America than others. Allan Bloom, Irving Kristol, William Bennett, Dennis Prager, Charles Krauthammer, Jonah Goldberg, Ben Shapiro, David Brooks – it’s the same story. AE is less philosophy than political evangelism, concludes Kerwick, “a set of beliefs to which universal moral and spiritual significance has been assigned.”

Political scientist Nicholas Drummond argues that the purveyors of American Exceptionalism – mainly East and West Coast acolytes of the late philosopher Leo Strauss – habitually distort our nation’s founding principles. They interpret the Declaration of Independence’s phrase, “All men are created equal,” for example, as a mandate for ignoring race, language, borders and other markers of national identity. In fact, our Founders, far from celebrating “diversity” (i.e., factions), greatly feared it. If James Madison could survey today’s ethnically balkanized landscape, he would be warning fellow Americans of the risk of becoming the province of plutocratic elites ruling over a divided citizenry.

If the traditionalist-neoconservative fissure has a Ground Zero, argues anarchist firebrand Keith Preston, it occurred four decades ago in the “conservative” Republican campaign to derail President Reagan’s nomination of Melvin Bradford for chairman of the National Endowment for the Humanities. Preston’s version of this oft-told story reveals the mendacity of the opponents of Bradford, a Southern traditionalist less than enamored of Abraham Lincoln, who sought to dump him in favor of William Bennett. On the surface, the battle was over the flow of NEH grant money, but underneath it was over America’s reigning ideas and symbols. In the end, Bennett, an intellectual middleweight and moral scold, won the job.

Mainstream conservatives believe in exporting our propositions everywhere. But what if nations so inculcated fail even to respect these propositions, much less practice them? Suppose the Middle East turns out not to be Eastern Europe. Then what? Independent scholar Marjorie Jeffrey sees downsides everywhere. The reluctance of establishment Right, locked into an all-nations-are-created-equal psychology, she argues, has mired us in needless wars and diplomatic crises. She argues for a return to the realism espoused by the late diplomat George Kennan, whose prescient writings of decades ago underscored that nation-states ultimately are about interests, not alliances.

So how does America adopt a more traditionalist-realist sensibility? One possible source is the so-called “Alt Right,” whose street theater and occasional violence has invited comparisons to neo-Nazism, but, argues the University of Victoria’s Richard Marcy, actually recalls French Situationist rebels of the Left in 1968. In their goal of disturbing and reframing public discourse, the Alt Right at times has met with fitful successes, especially via online video presentations. But the street provocateurs are still a long way from being thought-provoking.

The American Catholic Right also could be a countervailing force, but their best days appear long over, maintains Georgia Southwestern State University’s Jesse Russell in “The Contradictions of Catholic Neoconservatism.” Starting in the early Eighties, the leading lights of that world, such as Michael Novak, Richard John Neuhaus, George Weigel and Robert George, served as effective counterweights to an increasingly radicalized Church. But after the U.S. invasion of Iraq in 2003, they could not finesse their dual role as interlocutors for the Vatican and spokesmen for Republican White House foreign policy. Nor could they achieve widespread appeal among religious or lay audiences.

Southern conservatives, meanwhile, are without a home, observes native North Carolinian Boyd Cathey. Multiculturalists and neoconservatives have refashioned conservatism to their own political goals, depicting traditional conservatives as “racists” who jeopardize Republican election prospects. Something valuable has been lost. Bob Corker, Lindsay Graham and Nikki Haley are Southerners and call themselves conservatives, but they can’t hold a candle to Sam Ervin. Cathey concludes: “Southern conservatives, properly understood, have no place in contemporary establishment conservatism. Their orientation and those who express it have become a hindrance to the ‘movement’ as it reaches out and tries to form alliances with the opposition, always on the left.”

The Right might look northward for inspiration, argues Canadian native and political philosopher Grant Havers. His essay, “The Tory Right and the American Conservative Movement,” emphasizes affirmation of ethnic roots as the basis for any successful nation. And that doesn’t sit well with either big government or big business. Havers’ lodestar is the late Canadian social philosopher George Grant, who rejected abstractions like “freedom” and “equality” in favor of a Tory-progressive fusion that emphasizes “love of one’s own.”

To fund its ventures, the Old Right will have to look beyond the Washington, D.C. think tanks, argues Joseph Cotto, chief editor of the San Francisco Review of Books. Leading conservative nonprofits such as the American Enterprise Institute and The Heritage Foundation have demonstrated that they can be bought. Cotto recalls one instance about a dozen years ago when Heritage received large donations from Lockheed Martin in return for boosting the company’s (unsuccessful) campaign to restore Pentagon funding cuts for the costly F-22 Raptor fighter jet. Such co-dependence, in which research and lobbying functions merge, “renders it difficult for the funded institutions to change course if their interests will be compromised as a result of a policy shift.”

What about the immediate future? Assuming President Donald Trump is reelected – not a safe assumption at this writing – the road is uphill. His successful campaign four years ago rested implicitly, and at times explicitly, on a rejection of American Exceptionalism. Why is he avoiding this strategy this around? He shouldn’t, implies University of Alabama political scientist George Hawley in his essay, “Republican Voters and Conservative Ideology.” Hawley amasses survey data pointing to American Exceptionalism as past its sell date. One study, published in 2008, found that only 7.4 percent of potential voters defined themselves as “strong conservative” and “strong Republican.” Hawley writes, “The public’s conservatism, as the conservative movement understands the term, is more symbolic than substantive.” That’s how Donald Trump was elected president in 2016. The deciding factor was supporters who could have cared less if he was a “true conservative.”

As a conservative retrofit is necessary, it should be away from the “movement” psychology. Political movements (i.e., ideologies), by nature, demand mass obedience in the pursuit and maintenance of power. Individualism is a casualty. Movement conservatism, despite its vast resources, does not have much to show for its efforts. Sam Francis used to say that the conservative movement isn’t conserving anything and it’s not moving anywhere. The Vanishing Tradition, a collection written by and for individualists, presents sensible ways both to conserve and move.