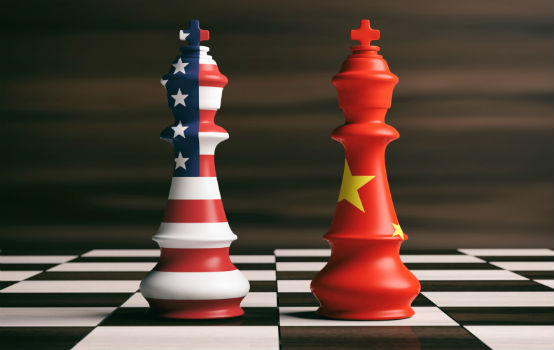 Beijing needs to be deterred, but the Chinese threat is also much weaker than some Americans think.

Recently, Taiwan accused two Chinese embassy officials of beating up one of their diplomats in Fiji. The officials apparently tried to harass attendees and take photographs at an event at the Taiwanese representative office and a violent scuffle ensued. This is but the latest example in a series of actions by Beijing that have undermined China’s image abroad.

A new global attitudes survey from the Pew Research Center found that an increasing number of countries have strong unfavorable views towards China. Beijing has brought this on itself through its aggression, human rights abuses, and handling of the coronavirus. The good news is that while policymakers in Washington are rightly concerned with Beijing, these polls indicate that China cannot dominate Asia, let alone the world.

Beijing is facing an acute public relations nightmare—one it could have avoided. People have seen what the Chinese Communist Party (CCP) in Beijing does to other countries and to its own people, and are increasingly alarmed.

There have been many headlines about the threat from China, including the fact that they now have the world’s largest navy (though not by tonnage) and that they routinely steal American industrial and military technology. The good news is that, with patience, Beijing’s heavy hand will be its own undoing.

China is surrounded by relatively modern medium-to-large powers that will naturally balance against—and constrain—Beijing. Additionally, China doesn’t have a strong hand to play. For all of the talk of America’s decline, some commentators forget that Beijing must reckon with a huge rapidly aging population, massive economic debt, and a top-down command economy that isn’t as efficient as a true free market.

Consider the unique geographic advantage America has. The continental United States only has two neighbors, both of which are friendly and weaker than America. Moreover, the United States has two large oceans on either side that provide buffers against would-be invaders. Contrast that with China, which faces a U.S.-allied South Korea, Japan, Australia, and the Philippines; nuclear-armed great powers in Russia and India; the rogue nuclear state of North Korea; and many other wary neighbors.

Even if China has friends (the 2019 survey found that 71 percent of Russians are favorable towards Beijing) it cannot ensure they will remain loyal. Good will is hard to build and easy to fritter away.

Meanwhile, according to two professors at Peking University, China’s population already began shrinking in 2018 as millions of Chinese became senior citizens. As a result of short-sighted population controls under the One Child policy, China will not have enough young people to keep up the economic boom of the last 40 years. The fewer the young workers paying taxes, the less money Beijing will have to pay for its aged citizens’ health care, let alone a modern military or foreign wars.

Beijing could decide to take on more debt, but it does not have a global reserve currency like Washington does to soften the blow. According to the Brookings Institution, by 2015, China’s public and private debt in their financial system had reached 250% of their GDP. If a big enough panic hits, the CCP’s capital controls might not be enough to stop capital flight and economic collapse. Beijing will try to lessen its debt and switch from an export-based economy to a more consumer-based one, but reform is exceedingly difficult.

Beijing needs to be both deterred and engaged through firm diplomacy. Having enough planes, ships, and diplomats is vital. To get there, Washington should reduce its commitments in other regions, especially the resource-draining forever wars in the Middle East.

Many policymakers were complacent in the past and Washington is correct to adjust course. However, there is a concerning chance they could also overcompensate by becoming too hawkish towards China. For instance, putting too many soldiers, planes, and ships right near China’s borders would be an error.

Deploying nearly 200 aircraft in the Philippines did not stop Imperial Japan from starting a war in 1941. Neither did repositioning the Pacific fleet base from San Diego to Pearl Harbor. Instead of being scared into submission, Tokyo decided it was better to hit America’s high-value targets and try to win by fait accompli. Today, Washington should be careful not to put too many of its best units and weapons too close to China.

To outcompete Beijing, Washington must factor patience into its strategy and regional diplomacy. Time is not on the CCP’s side. Beijing continues to blunder, its neighbors are increasingly hostile, and China has vast domestic problems. The CCP can try, but it won’t be able to fully dominate either Asia or the world.