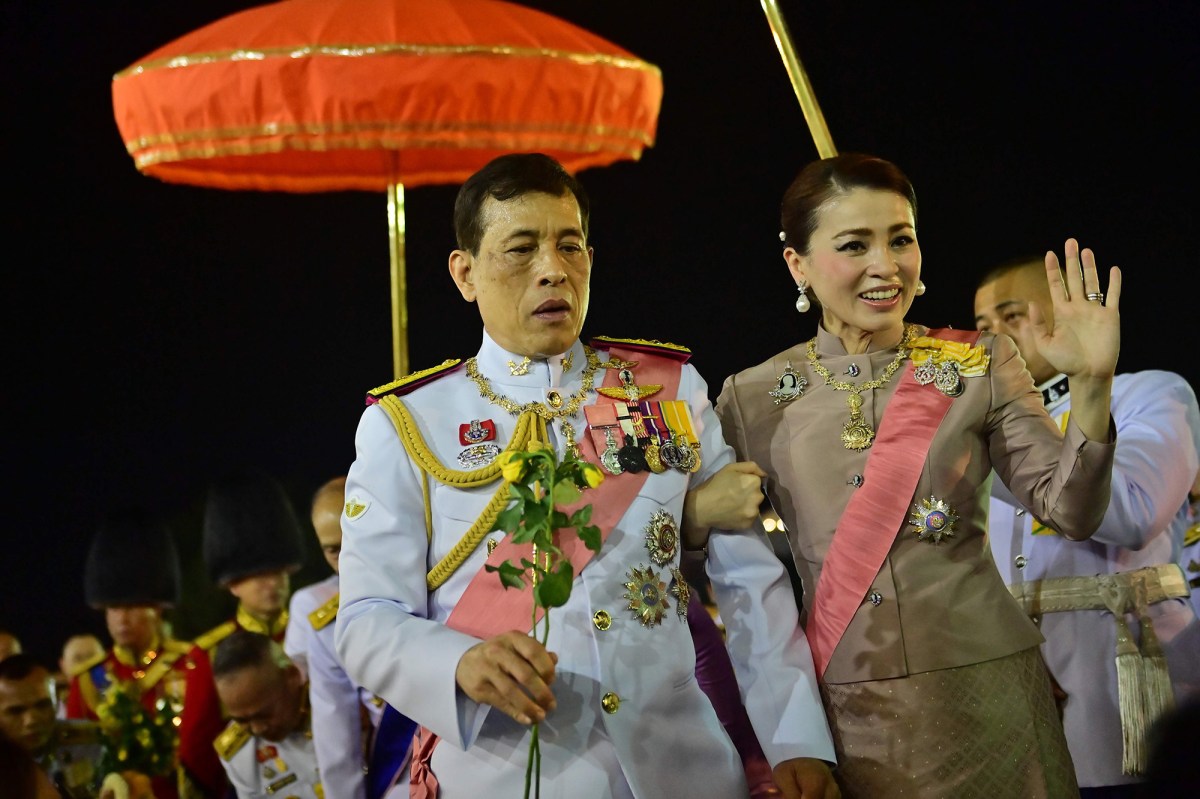 Thailand’s playboy king has been secretly rushed to hospital at 2am for a coronavirus test after one of his bodyguards tested positive for the virus.

King Maha Vajiralongkorn, 68, was treated at Bangkok Hospital in the early hours of Wednesday morning, according to reports.

One of the playboy king’s guards recently contracted the killer virus after the royal entourage flew to Thailand, reported by German newspaper Bild.

But despite the speculation, the king’s alleged hospital stay has not been confirmed to be Covid related.

Medical staff were also told to keep quiet about it, according to reports.

The king had recently returned to Thailand to mark four years since the death of his widely respected father, King Bhumibol Adulyadej.

But it’s been said that no one in the entourage traveling alongside the Covid-positive guard went into quarantine or self-isolated – including the king’s wife, Queen Suthida.

Vajiralongkorn spends much of his time in Germany – which has caused discontent among his subjects.

Thai protesters have complained about the cost of the king’s stays in Europe as well as his absence from the kingdom.

In recent weeks, anti-government protests and clashes between royalists and pro-democracy activists have occurred in Bangkok.

While German media can cover the king’s exploits when he’s in Europe, Thailand’s defamation laws mean that it’s tough to criticize the king in his home country.

There are sentences of up to 15 years for insulting the monarchy in Thailand.

Reports earlier this year said the king had booked out the whole fourth floor of a Bavarian hotel -which included a luxurious “pleasure room.”

The king, also known as Rama X, was “isolating” in the hotel after it was given “special permission” to stay open because the party was classed as a “single household” amid the pandemic.

He reportedly decked out his private floor at the resort with treasures and antiques from Bangkok.

The concubines were dubbed his “sex soldiers” as he reportedly enjoyed playing a kind of military role-play with them.

The king last year broke up with his mistress, Sineenat Wongvajirapakdi of the Royal Guard, and stripped her of her military ranks as he accused her of being “disloyal”.

Meanwhile, his wife Queen Suthida reportedly spends most of her time at Hotel Waldegg in Engelberg, Switzerland, without her husband.

The Thai king has an estimated fortune of around $32 billion, and has been on the throne since 2016 but was crowned last May.

He is known for his jet-set lifestyle and eccentric, playboy behavior.

In once instance, Vajiralongkorn declared his favorite pet, a poodle named Foo Foo, an air marshal.

He even took the pooch to a 2007 reception hosted in his honor by US Ambassador Ralph “Skip” Boyce.