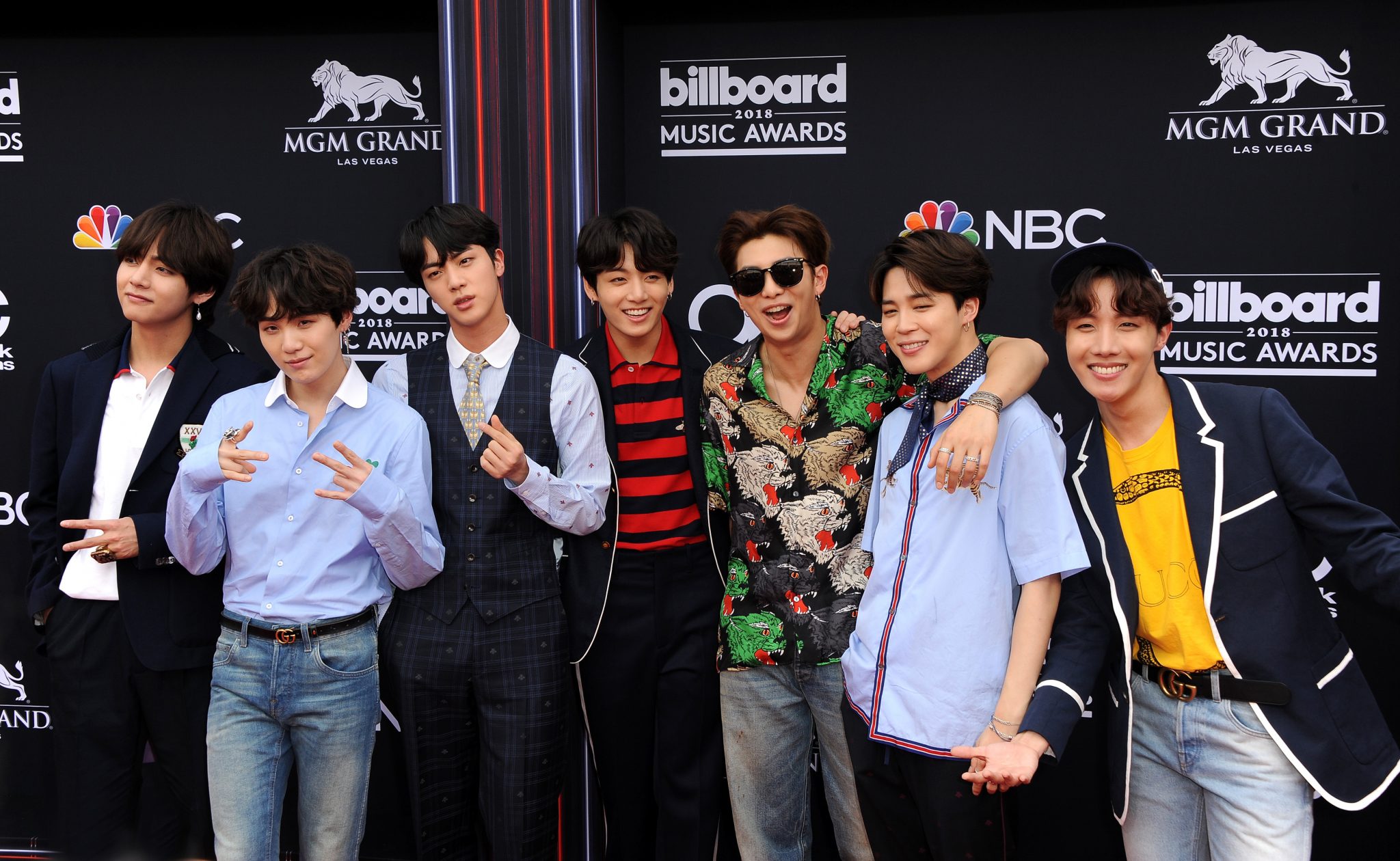 The South Korean K-pop group BTS rules the music world. It’s not my schtick, but that apparently means I am almost alone. Most of humankind understands it is not wise to challenge BTS’s followers, as angry Chinese social media mavens found after criticizing the seven young South Koreans for not celebrating the PRC for having attempted to subjugate the Republic of Korea and deliver it to the vicious misrule of Kim Il-Sung.

It should surprise no one, even Chinese, that South Koreans look more favorably on American than Chinese intervention in the Korean War. On June 25, North Korea’s Kim, chosen by occupying Soviets to create another oppressive satellite state under their control, launched an invasion of the ROK. That triggered three and a half years of war.

Most of the peninsula was ravaged. Both national capitals were wrecked. Seoul changed hands four times. Millions of people were killed. Millions more were injured. Additional millions were displaced. The impact of that horrid war lingers seven decades later, with a divided peninsula, heavily armed border, lurid war threats, and divided families.

All this goes back to self-proclaimed “Great Leader” Kim’s visions of grandeur and conquest.

Left alone he would have prevailed. Over the last seven decades the people of south as well as north on the Korean peninsula would have lived under one of the most oppressive tyrannies on Earth. The Democratic People’s Republic of Korea was a horror even by communist standards, outstripped only by Albania, perhaps, in the degree of conformity and submissiveness demanded by rulers acting as gods. And Kim was determined to inflict his selfish grandiosity on all Koreans.

That did not happen only because U.S. President Harry S. Truman reacted by sending desperately ill-prepared American forces into battle. The Korean peninsula did not much matter to the U.S. directly — before 1945 Washington had never concerned itself with which “whale” was in control of the “shrimp,” as Korea and its neighbors had been known. Once dominated by China, the peninsula became a Japanese prize of war, only to be detached by the victors after Tokyo’s 1945 defeat. Bordered by communist giants the Soviet Union and the People’s Republic of China, the peninsula almost seemed indefensible.

Chinese nationalists erupted against BTS, decrying the group’s failure to also applaud the PRC’s soldiers, who sought to kill, capture, and enslave South Koreans a couple generations ago.

Washington, however, had helped set up the combustible environment: dividing the peninsula, establishing a combative authoritarian as president of the ROK, refusing to provide the South’s military with heavy weapons, and withdrawing America’s garrison in the face of an aggressive Kim backed by the Soviet and Chinese regimes.
Having done much to bring catastrophe down upon South Koreans, the U.S. could not honorably stand by.

Once America was involved, liberation of North Korea beckoned. Don’t just push the aggressor back across an artificial border when he faced total defeat. Instead, why not end Kim’s vicious misrule entirely?

The answer, it turned out, was Mao Zedong’s fear, not entirely unfounded, of allowing the U.S. military on its border. After all, Republicans, at least, were dedicated to rolling back the Chinese Revolution. Unfortunately, since Washington refused to recognize the PRC, which had displaced the American-backed Nationalists led by Chiang Kai-shek, there was no communication between the two governments. One could imagine an agreement for an allied halt, whether at the old border along the 38th parallel or a new line further north, such as between the peninsula’s narrow neck from Pyongyang to Wonsan. Leaving even a smaller North Korean buffer state might have foreclosed Chinese intervention.

Alas, the U.S. and its allies instead drove toward the Yalu and were attacked by hundreds of thousands of Chinese “volunteers” sent by Mao. The war did not end at Christmas 1950, as Gen. Douglas MacArthur had promised, but ran another two and a half bloody years, until July 1953. Although Beijing’s attempt to force South Koreans under Kim’s ultimately suffocating totalitarian system failed, death and destruction continued mercilessly. It is impossible for any South Korean to view Chinese intervention as a positive.

Thus, when BTS received the Korea Society’s James A. Van Fleet Award, named after the commander of the U.S. and United Nations forces during most of the Korean War, the group naturally lauded the shared sacrifice of American and South Korean military personnel. It was their loss that allowed the singers and the rest of their countrymen and women to live in what has become a free and prosperous society.

But Chinese nationalists erupted against BTS, decrying the group’s failure to also applaud the PRC’s soldiers, who sought to kill, capture, and enslave South Koreans a couple generations ago. (What should the musicians have said? “We thank the PRC and its armed forces for having attempted to prevent us from gaining the liberty and opportunity to do what we love and makes us happy. How grand that they cared enough to kill so many members of our grandparents’ generation and destroy so much of the country in which we live! Why, they almost prevented us from being born.”) There were even Chinese calls to boycott the boy band.

It turns out that few people, Chinese included, paid any attention to the latest nationalistic nonsense. Certainly, there was no noticeable impact on the group’s sales, as it managed to simultaneously capture the No. 1 and 2 spots on America’s pop charts. Attorney S. Nathan Park observed, “China’s media offensive against the kings of K-pop barely lasted two days. Global Times quietly deleted some of its articles criticizing BTS, and the negativity against the group in Chinese social media also faded quickly.” People’s failure to heed such a foolish, self-serving complaint demonstrates cynicism toward and even hatred of the PRC’s increasingly totalitarian politics.

China still draws admiration for its recent development and increasing economic successes. But no one truly respects or praises President Xi Jinping and the Chinese Communist Party as they take the PRC backward in history toward the inglorious murderous Maoist past. The world must wonder, what next? An international Cultural Revolution against anyone who does not venerate Xi’s image and thought? The latest Pew Research Center survey documents a veritable collapse in China’s international favorable ratings.

Although the short-lived attack on BTS cannot be blamed on the Xi government, the underlying rabid, thoughtless, and imperialistic nationalism well illustrates Beijing’s current approach to its neighbors. China’s over-the-top response to South Korean participation in America’s THAAD missile defense system led to a wholesale reconsideration of Seoul’s relationship with the PRC. The BTS incident, despite its abortive nature, is likely to reinforce South Korean concerns about its large and potentially threatening neighbor.

Seoul is right to be wary about the danger of being dragged into U.S.–China disputes of little importance to the ROK. Nevertheless, South Korea has good reason to broadly align with its neighbors and America to constrain Chinese ambitions. Xi Jinping’s rule threatens human liberty well beyond the PRC’s borders. The BTS furor offers a helpful reminder that countries and peoples within China’s reach, such as the South, should be prepared to respond in their own defense.

Doug Bandow is a Senior Fellow at the Cato Institute. A former Special Assistant to President Ronald Reagan, he is author of Tripwire: Korea and U.S. Foreign Policy in a Changed World and co-author of The Korean Conundrum: America’s Troubled Relations with North and South Korea.