What a Great Debate! Trump Was on His Game and It Was Glorious

RUSH: So, it’s a television debate last night, right? And I gotta tell you something, folks. Trump looked tan. He looked rested. He looked energetic. He looked ready to go. He looked calm. He looked collected. He was steady on his feet. He knew exactly what he was gonna do. He had his mission statement set out, and he went ahead and did it. On the other hand, there was Joe Biden looking old and frail and confused and sickly. It’s television, and that is what people saw. (crowd chanting, “We love you” audio). 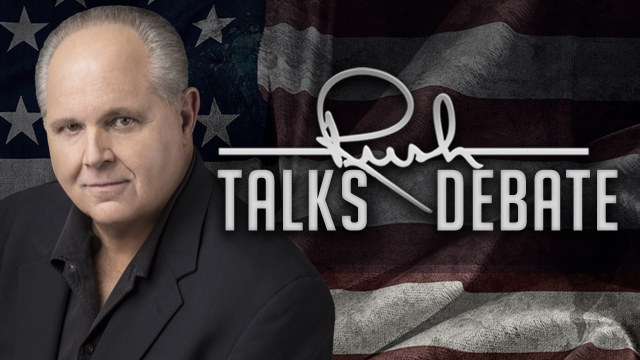 RUSH: Yessiree. And we are loaded. We’ve got lots to unpack today. It’s a great day today. What a great day to get into the weekend. It was a great debate last night. It was uplifting. It was calming. It was reassuring. It was everything I hoped it would be. I’ve heard people say that it may have been Donald Trump’s best debate performance in the history of Trump debate performances. It could well be. Especially if you measure it against expectations.

“Who built the cages, Joe? Who built the cages?” What a killer line that was, folks. And it was one of many. You know, the Drive-By Media, they’re out there saying, “Well, it was a tie.” They declared the debate a tie. That means that Trump won. Here’s audio sound bite number 1 we put together a media montage to illustrate this.

BRIT HUME: Trump gave his best debate performance perhaps ever, but I think the former vice president fought him to at least a draw.

CLAIRE MCCASKILL: I don’t think this debate moved the needle much, one way or the other.

JOHN DICKERSON: The needle only moves when somebody has a big gaffe.

EUGENE ROBINSON: I don’t think Donald Trump moved the needle. If it was a tie, a tie goes to Biden cause he’s ahead.

DAVID AXELROD: If you’re ahead and you get a draw, you win.

MATTHEW DOWD: Nothing changed. So, this is a net win for Joe Biden. 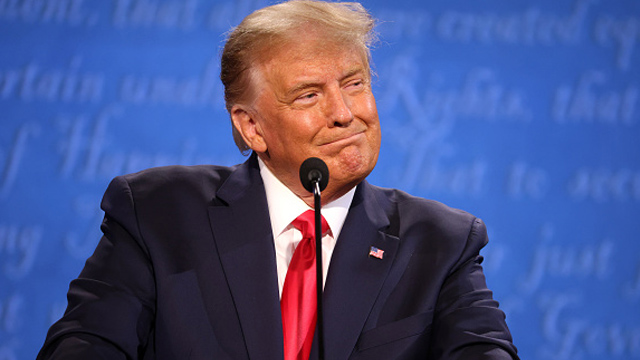 RUSH: No. No. Joe Biden ruined himself in Philadelphia and Pennsylvania, throughout the whole state, with his statement on oil and gas. The gaffes were many. Biden was filled with gaffes last night and people in the states where those gaffes mattered obviously took note of them. So, the media is trying to say it was a tie. You could hear in their voices they’re disappointed. They know it wasn’t a tie.

What a line. What a line. “I ran because of you guys. If you guys hadn’t done such a bad job I wouldn’t have probably run.” Oh, my friends, it was one killer after another. “You were there for 47 years. You were vice president for eight years. You’re all talk. You got nothing done.” Trump pounded that home time and time again. It was devastating, folks. Trump’s still the outsider fighting against corruption and red tape, fighting against insiders like Joe Biden.

“I’ve never taken a dime from any country ever.”

“No, that’s why you put your son in the pipeline, Joe. Your son took the money and then funneled it to you. You’re the Big Guy, right, Joe?” Trump called him the Big Man. 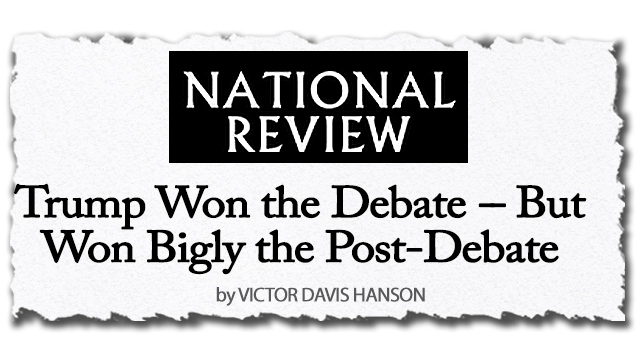 Biden said no one said that anything he or Hunter did in Ukraine was wrong. Looks like an unethical — he didn’t look there last night, folks. He just didn’t. This is a Joe Biden scandal. He is the Big Guy. I tell you what. Victor Davis Hanson has a piece today saying the real benefit of the debate last night is all the opportunities post-debate, all of the opportunities for ads and so forth for the remaining days of the campaign. And that’s right. This sets Trump up for some killer ads. And, frankly, there are millions of Democrats who are unaware of this scandal.

And Trey Gowdy was a guest. And Trey Gowdy came in and poured cold water on ’em and said (paraphrasing), “I hate to tell you guys, but nobody outside this network and the New York Post is gonna ever know about this.”

“That’s right. They’re not gonna cover this.” And they aren’t. They’re gonna do their level best to ignore this. And you know why? There’s a whole bunch of reasons why, but the primary reason is there’s not a single member of the mainstream media White House press corps, you name it, that wants to be the reporter that breaks ranks and does damage to the Biden campaign. 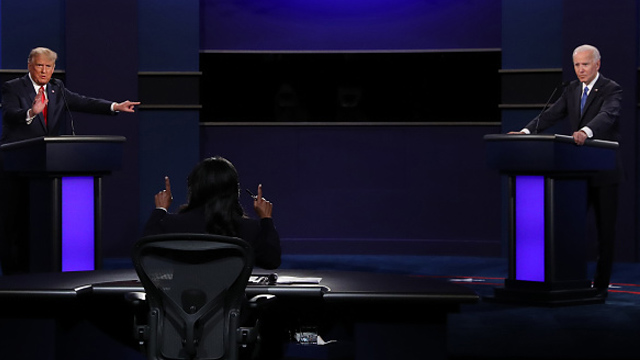 But that’s okay. It’s okay because it sets Trump up for some killer ads, and those ads are going to reach Democrats who don’t know about the story. Most important in these exchanges (and this is for the ads), Biden did not deny a single word of the emails — and he said the laptop was a Russian operation! “Oh, yeah, the laptop, this is Russian disinformation.”

That’s been blown to smithereens too. That’s been knocked out of the ballpark. It isn’t. It was a stupid political position to try to take. The Russians, the Iranians, the disinformation. On the other side of Biden, though, Trump was on his game — and, folks, it was glorious. Trump explained why Biden is wrong for America and what Trump has done for America.

Trump time and again said, “You’re all talk. You’re all talk. You get nothing done! Why didn’t you do it, Joe?” Then Joe said (sputtering), “Well, why didn’t we get it done? We had a Republican Congress.” “Sometimes, Joe, you gotta talk ’em into it. I had a Democrat Congress; I had to work with them. I got it done.” Oh, that was such a score.

That was another killer moment in the debate, when Biden thinks he’s gonna score big points by blaming everything not getting done on the Republicans. Criminal justice reform. Trump says, “Well, Joe, I’ve had nothing but Democrat opposition. The Democrats are opposing me on COVID legislation. We’re trying to get money to the American people, Joe, and your party is standing in the way.

“Nancy Pelosi doesn’t want me to get any credit for it, and so the American people are going without, and Biden (sputtering), “Well, well, you know, I — I had trouble with Republicans.” “Yeah, well, I’ve gotten some things done with the Democrats and we’re gonna get this done, too, Joe. You wait. Sometimes you have to talk ’em into it.” I mean, Trump was strong. Biden was weak. 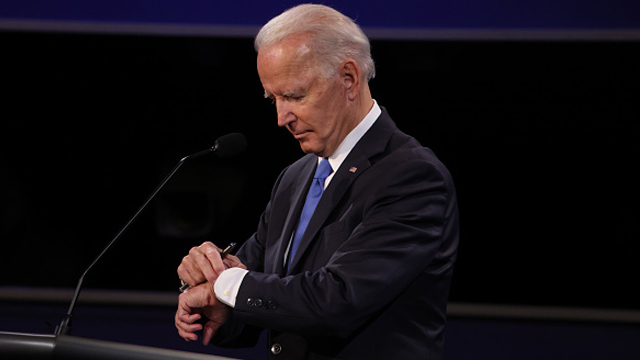 He was Trump. Trump was Trump all night, but he was also restrained. You know, I, El Rushbo, counseled Trump to be calm, and he was. I thought he struck the perfect balance. He remained on point. His tone was close to perfect. He hit on big points. He’s an outsider. He ran for president because of Joe Biden and Barack Obama. He ran to reverse course.

He ran to make America great again, and Trump said we had to keep the country open while fighting the virus. Trump was strong on jobs — strong on standing up to China, on staying out of wars — and here’s Biden basically saying, “We’re looking at a dark winter.” This is the Democrat view of things. Everything is dark. Everything is dank. Everything is pessimistic.

Everything’s apocalyptic. Biden… I’m sure one of the biggest thrills of the night for Joe Biden… I’m sure that when he finished saying this, he thought he had scored a grand-slam home run. He essentially said… You know, Trump’s saying, “We have to learn to live with the virus, Joe. We can’t shut everything down. We gotta learn to live with the virus.”

Biden said, “No, we have to learn to die with it.” Now, that’s not exactly what he said. What he said is, “He says, ‘We’re learning to live with it.’ People are learning to die with it! You folks at home, you’ll have an empty chair at the kitchen table this morning. The man or wife going to bed tonight, you’re reaching over to try to touch, out of habit, where their wife and husband is gone.

“Learning to live with it? C’mon! C’mon! C’mon! We’re dying with it.” No, but that’s how Democrats look at things. Everything is apocalyptic. This is how they think they score points with people. It is impossible for them to be upbeat. The Democrats cannot be optimistic. It goes against every aspect of their agenda. They just can’t do it.

They want people turning to Washington for whatever they need or are going to get. They want whatever is going to make them satisfied or happy to come from Washington, not from themselves. So Biden has to make the point that when it comes to the virus, “people are having to learn to die with it” while Trump says, “We have to learn to live with it.” 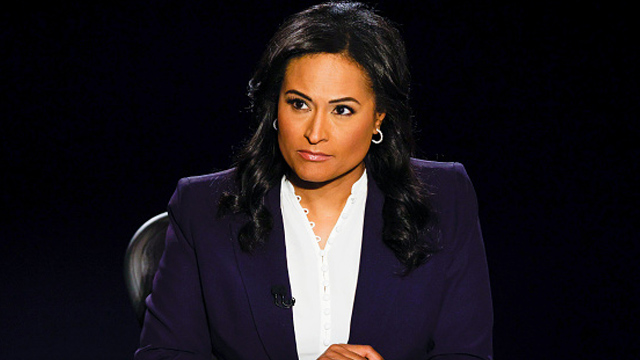 The Democrats are not helping. They don’t want to help. They want the lockdowns and the shutdowns that are in place to stay in place. Biden wants them expanded. There’s literally no optimism whatsoever on the Democrat side of things here, and it was so obvious in contrast with Trump last night, who was nothing but optimistic and can-do.