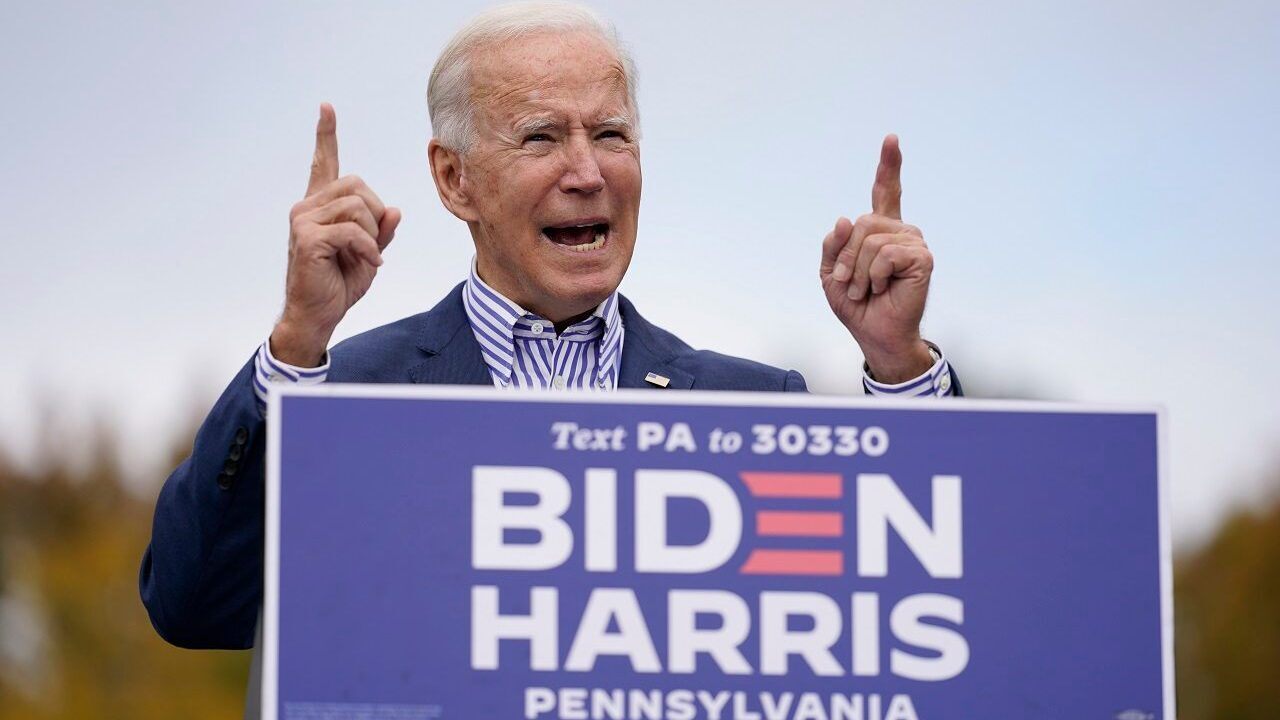 Democratic presidential nominee Joe Biden is getting grilled in Pennsylvania ever since he said during last week’s debate that he plans to “transition” away from the oil industry.

In three separate local news interviews in the key battleground state on Saturday, Biden responded to questions about his comment, as well as his mixed messages regarding fracking.

“Look I’m from Scranton, Pennsylvania. My great grandfather was a mining engineer. So I come from coal country. And I’m not talking about eliminating fracking, I just said no more fracking on federal lands,” Biden told CBS Philadelphia. “With regard to gas, oil, coal all of it, the transition is taking place having nothing to do with anything I’m proposing. The fact is that the fastest growing industries in the country are solar and wind. We can move in a direction where the transition takes place, so that people are not left behind, and we we got to invest in the new technologies.”

Talking to an NBC affiliate WBRE in Wilkes-Barre that same day, Biden had the same message, saying he would put an end to existing subsidies and tax breaks for oil companies.

“I will not ban fracking, I said no fracking on federal land. I will not ban fracking, number one,” Biden said. “Number two, the coal and, excuse me, the natural gas industry, and oil is not going to be fundamentally changed. They’re already in transition. What I’m saying is that we will not continue to subsidize, give tax breaks to the oil companies which amount to $40 billion. They will not get that, and that money will be put into research and development to figure out how to carbon capture what’s coming off of gas and oil.”

Biden provided some additional detail when he spoke to Scranton ABC affiliate WNEP.

“What I said was, we’re gonna stop the subsidies for oil, which is about $40 billion. We’re going to take that money, invest it in new technologies for what they call carbon capture. We’re going to still need oil. We’re gonna still have combustion engines, We’re still going to need oil for many things, but what’s happening is you have to do it, and we can work toward getting it done so you can capture the carbon that comes from that gas and that oil. That’s what has to be done.”

During the final debate between Biden and President Trump, the president seized on Biden’s comment about moving away from oil.

Regarding fracking, Biden has been inconsistent with his long-term goals. He has regularly said that he only intends on banning new fracking on federal lands, but during a 2019 Democratic primary debate, he took a much more sweeping approach. The former vice president was asked whether there would be “any place for fossil fuels, including coal and fracking, in a Biden administration?”

Biden’s response: “No, we would — we would work it out. We would make sure it’s eliminated and no more subsidies for either one of those, either — any fossil fuel.”