Chelsea Handler Scolds 50 Cent For Supporting Trump: “I Had To Remind Him That He Was A Black Person” (VIDEO) 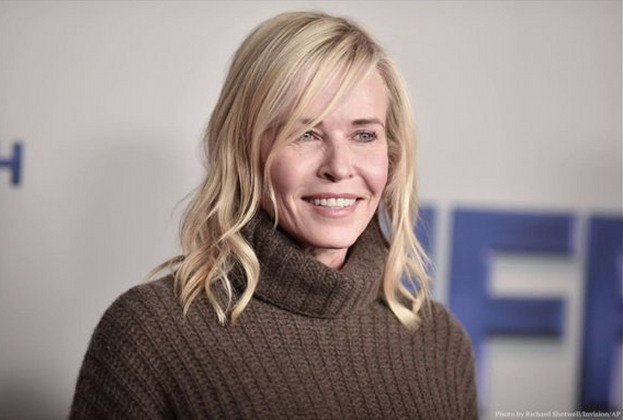 You rarely get to see a better example of the liberal mindset than this.

She actually said she needed to remind him he was a black person. She clearly thinks she knows what’s best for black people.

What a snob. Not to mention, racist.

Chelsea Handler explains shaming of Trump-backer 50 Cent: ‘I had to remind him that he was a Black person’

Chelsea Handler offered an explanation as to why she publicly scolded her ex-boyfriend 50 Cent for supporting President Trump during her Friday night appearance on “The Tonight Show.”

The comedian had been feuding with 50 Cent — born Curtis James Jackson III — since Monday when he shared an image from a news broadcast on Instagram that depicted the rates at which certain places would be taxed under Joe Biden’s plan. The broadcast highlighted New York state (58%) and New York City (62%).

“WHAT THE F–K! (VOTE ForTRUMP) IM OUT,” wrote Jackson in the caption. “F–K NEW YORK The KNICKS never win anyway. I don’t care Trump doesn’t like black people 62% are you out of ya f–king mind.”

Handler insisted the 62 percent tax hike “isn’t a plan” under Joe Biden, calling it a “lie” during her interview with “Tonight Show” host Jimmy Fallon.

“So he doesn’t want to pay 62 percent in taxes because he doesn’t want to go from ’50 Cent’ to ’20 Cent’ and I had to remind him that he was a Black person, so he can’t vote for Donald Trump and that he shouldn’t be influencing an entire swath of people who may listen to him because he’s worried about his own personal pocketbook,“ Handler said.

On Friday’s #FallonTonight, @50cent’s ex-girlfriend, @ChelseaHandler, scolded him: “I had to remind him that he was a black person, so he can’t vote for Donald Trump.” If he denounces Trump, “I might be willing to go for another spin, if you know what I’m talking about” pic.twitter.com/bILbTsK7R0

This is how many people on the left think.

They believe they know what’s best for everyone and you’re stupid if you don’t listen to them.