Larry C. Johnson: Joe Biden – The Art of the Steal and China Deal 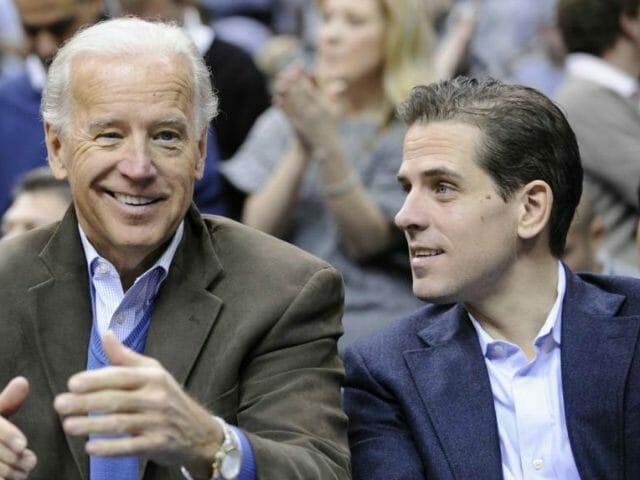 Joe Biden may not be the brightest light bulb in the tanning bed, he he knows how to work the Washington incest and looting system, which operates under the guise of lobbying but is really about selling access. Joe Biden sold out his country so that he could enrich himself and his family.

If you are a Biden supporter you will not like the facts presented below. But denial does not erase the emails, the text messages and the videos that confirm that Joe Biden used his son as a cut out to scoop up tens of millions of dollars. Denial does not eliminate the eyewitness testimony and documentary evidence from Hunter’s business associate, Tony Bobulinski, about a perverse deal with a Chinese businessman, Ye Jianming who sent $5 million dollars to the Bidens in August 2017. More about that later.

It is beyond dispute that Hunter Biden used his status as the son of the Vice President to leverage business deal that produced millions of dollars for him and, ultimately, his father, Joe Biden. Hunter lamented in a text to a family member:

I love all of you. But I don’t receive any respect and thats fine I guess -works for you apparently. I Hope you all can do what I did and pay for everything for this entire family Fro 30 years, It’s really hard. But don’t worry unlike Pop I won’t make you give me half your salary.”

How Joe Biden was receiving this money remains to be revealed. However, the evidence of massive unexplained sources of income is visible in the four houses that Joe Biden, a former Government employee, now owns. Joe Biden became an instant multi-millionaire upon leaving office. It was not because he is a great raconteur or brilliant writer. He is not.

During the period covering 2013 thru November 2017, Joe’s son Hunter used “Pop’s” government job to rake in cash from several foreign deals, which included China, the Ukraine, and Russia, Hunter teamed up with Jonathan Li after securing a board slot in Li’s enterprise, Bohai Harvest RST Equity Investment Fund Managment Co, which is managing assets worth $2.1 billion. Hunter was paid $1 million a year ($83,333 a month) from Burisma, a Ukrainian Gas company, where he was a board member. Hunter received an unexplained $3.5 million from Elena Butrina, wife of the former mayor of Moscow. And Hunter’s firm got $5 million from Ye Jianming, now disgraced (and missing) head of CEFC.

Joe Biden was more devious in getting his share of the Chinese money. According to the National Legal and Policy Center, the University of Pennsylvania paid unprecedented sums to Biden, with a substantial portion of those funds coming from anonymous donors in China:

The former vice president collected $371,159 in 2017 plus $540,484 in 2018 and early 2019 for a vaguely defined role that involved no regular classes and around a dozen public appearances on campus, mostly in big, ticketed events.

The National Legal and Policy Center said in a May 21 announcement that:

“since 2017 alone,” the year the Biden center opened, it has received “over $70 million from China, of which $22 million were listed as ‘Anonymous.’”  The complaint specifically names the Biden Center, which is part of the University of Pennsylvania.

The entries do acknowledge that the foreign gifts came from China. However, because the gifts from China are more than $250,000, federal law requires that the specific name of the individual donor to disclosed, not just the country of the gift’s origin.

It is no coincidence that after the Biden Center opened in Washington, DC in February 2018, donations to that entity soared:

Can you imagine the media frenzy that would erupt, justifiably so, if the Trump family engaged in just a fraction of these shady deals? There is something dirty and crooked about how Joe Biden and his family have used Joe’s position as an audacious pay for play scheme that is global in scope and involves millions of dollars.

Here is the timeline of these transactions. They scream for a full scale criminal investigation.

December 2013–Hunter Biden travels to Beijing with his father on official business and introduces his father to his Chinese business partner, Jonathan Li of Bohai Capital, with whom he had concluded a lucrative real estate deal. Bohai Harvest RST (Shanghai) Equity Investment Fund Management Co. (BHR). BHR, according to the Senate report, was “controlled and funded primarily by large Chinese government-owned shareholders”and is 80% controlled by Chinese entities. After the China trip, BHR’s business license was approved.

May 6, 2015 to December 8, 2015–Elena Baturina sent 9 wire transfers totaling $241,797.14 to a Rosemont Seneca Thornton bank account, which then transferred the money to BAK USA, a start up technology company headquartered in Buffalo, N.Y., that produced tablet computers in with unnamed Chinese business partners. BAK USA filed for bankruptcy on March 29, 2019, with a reported loss of $39 million.

May 2017–Hunter Biden met with Ye Jianming, chairman of Chinese energy company CEFC, to discuss investment opportunities in the US. After the meeting, Ye sent a 2.8-carat diamond to Hunter along with a “thank you” card.

August 8, 2017–$5 million was wired from a CEFC-affiliated investment vehicle to a Delaware LLC, which spent the next year transferring nearly $4.8 million directly to Hunter Biden’s firm, according to Senate investigators.