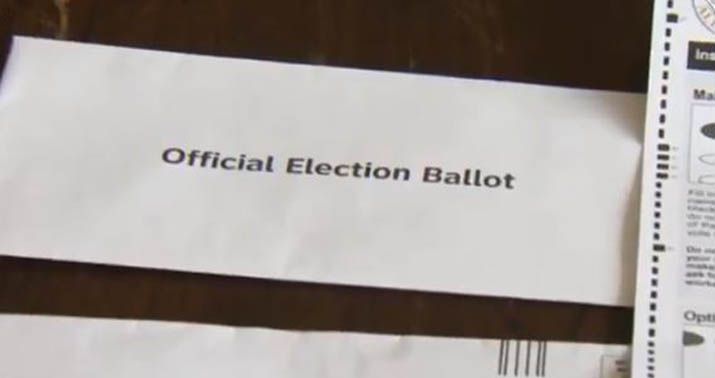 Pennsylvania election law contains a requirement that absentee ballots must be signed by the voter so that the signature can be checked against the one they have on file. If the signatures do not match, the ballot is rejected. Or at least it used to be that way. But as of this week, thanks to a decision by the state supreme court, that’s no longer the case. Kathy Boockvar, the Secretary of State (well, Secretary of the Commonwealth, technically) went to court to challenge that law in anticipation of unprecedented numbers of mail-in ballots being used in this year’s election. The Trump campaign and Pennsylvania Republicans disagreed, leading to this week’s showdown. In a surprisingly unanimous ruling, the justices decreed that no ballots would be rejected solely on the basis of the signatures not matching. (National Review)

The Pennsylvania Supreme Court ruled Friday that ballots from voters in the battleground state may not be rejected due to signature comparisons alone.

“County boards of elections are prohibited from rejecting absentee or mail-in ballots based on signature comparison conducted by county election officials or employees, or as the result of third-party challenges based on signature analysis and comparisons,” the two Republican justices and five Democratic justices wrote in their decision.

I’ll be among the first to admit that there are plenty of problems with signature requirements in election law. For one thing, people’s signatures tend to change over the years. Earlier this year when a similar question came up, I went back and looked at my own signature on some very old documents in our files from when I was discharged from the military. I compared that to some legal documents I’d signed this year and kept copies of. The two signatures looked absolutely nothing alike. Further, the people they have comparing signatures at the Board of Elections offices aren’t exactly forensic specialists in handwriting.

But with all that said, it’s worth asking why it’s apparently so easy for one executive branch official to dismiss a law passed by the legislature at the drop of a hat. That law has been on the books for ages (for better or worse) and if it was flawed, the legislature could have taken the matter up at any time to amend or eliminate the requirement, but they didn’t. They left it on the books and it was used in virtually every election in the modern era. The order to compare signatures was an accepted requirement and the law didn’t have a codicil at the end saying unless it becomes burdensome or inconvenient to do so.

Someone will also need to explain how this decision impacts elections both in the past and in the future. Does the court’s decision mean that all of the ballots that were rejected in the past must now be counted? When the election of 2022 rolls around, will the law simply go back into effect? Or has the ruling effectively struck it down?

This just seems like an awfully convenient gift for supporters of massive mail-in voting if you ask me. There are laws like this on the books all over the nation and I can’t find a single instance where such a law has been declared unconstitutional. And if the law passes constitutional muster and was duly enacted by the legislature, then only the legislature should be able to remove it. I’ll be curious to see if GOP appeals this ruling. If the Supreme Court were to agree that the law is flawed, that could immediately affect election laws all around the country.