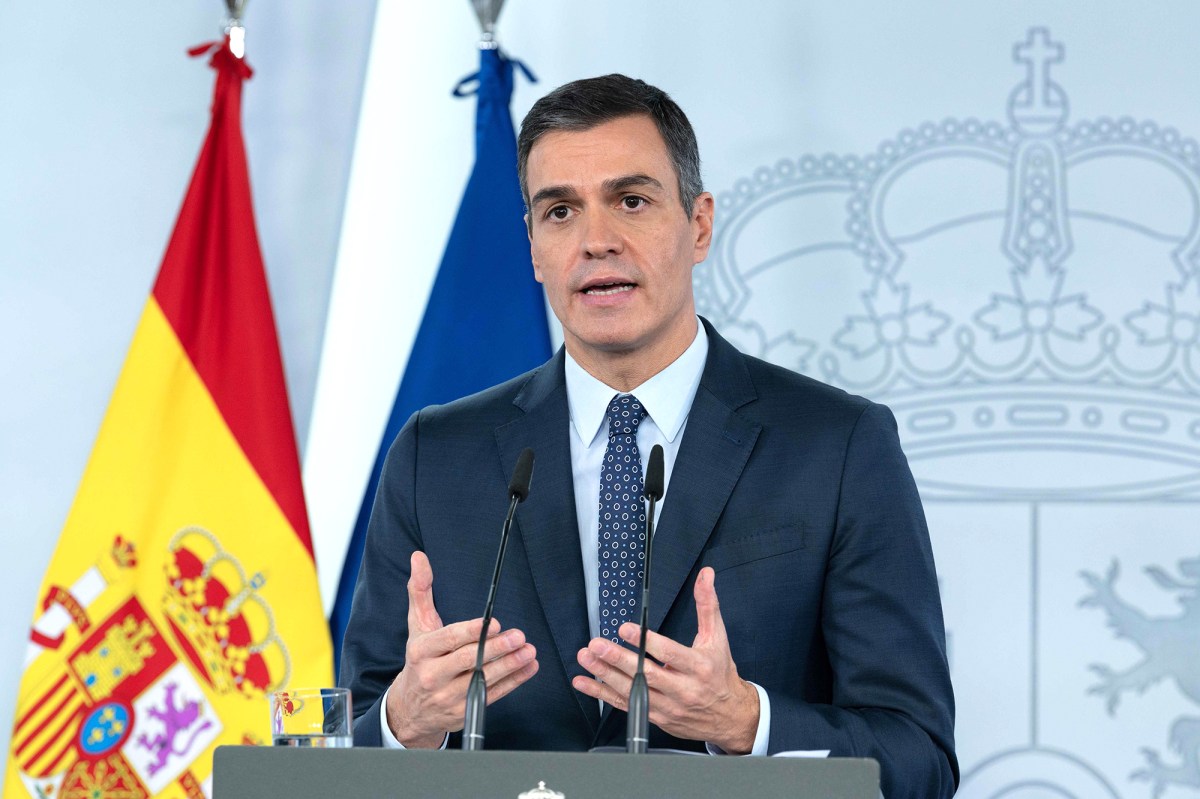 Spain on Sunday declared a national state of emergency and curfew in order to beat back a COVID-19 resurgence in Europe — while Italy also imposed its toughest measures since its national lockdown.

Spain’s Prime Minister Pedro Sánchez announced the curfew from 11 p.m. to 6 a.m. will go into effect Sunday on the mainland and likely last six months in order to combat the second wave of the virus.

“The reality is that Europe and Spain are immersed in a second wave of the pandemic,” Sánchez said in a nationwide address. “The situation we are living in is extreme.”

The curfew does not apply to people who are commuting to work, buying medicine, and caring for elderly and young family members, he said.

The order also won’t be imposed in the Canary Islands, where the infection rate remains low despite jumping by more than a third in the country in the past week, the Financial Times reported.

Sanchez noted that the new decree is not as restrictive as the mandatory home confinement that he ordered in March, which lasted six weeks.

“There is no home confinement in this state of emergency, but the more we stay at home, the safer we will be. Everyone knows what they have to do,” he said.

Under the fresh wave of restrictions, all bars and restaurants across the country will also have to close by 6 p.m., he said.

Conte said the fresh restrictions are a better alternative to a nation lockdown, which was imposed in March and lasted 10 weeks.

“Our aim is to protect health and the economy,” Conte said.

Italian officials said Saturday that new cases had climbed by 19,664 in 24 hours in what was a new daily record, the outlet reported.

“These are difficult days,” Health Minister Roberto Speranza said. “The curve of contagion is growing in the world. And in all Europe the wave is very high. We must react immediately and with determination if we want to avoid unsustainable numbers.”