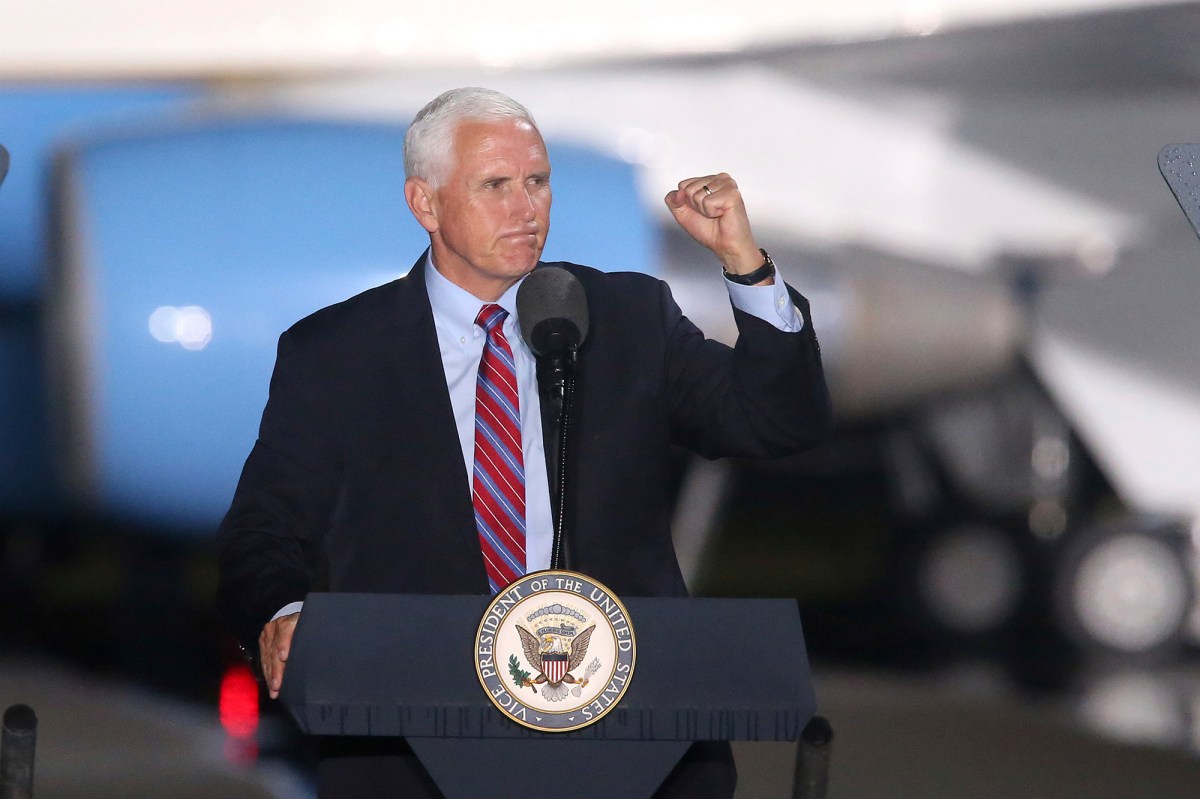 A close adviser to Vice President Mike Pence tested positive for the coronavirus earlier this week, according to reports on Saturday.

Marty Obst — who is Pence’s senior political adviser, though not a government employee — tested positive for COVID-19 on Wednesday, Bloomberg reported.

He was last around the vice president about a week ago, though not in close proximity.

It wasn’t immediately clear if Obst had developed symptoms of the virus. He declined to comment to Bloomberg.

Obst isn’t the first person in the veep’s orbit to catch the bug.

A spokeswoman for Pence, Katie Miller, tested positive for COVID-19 in May and later recovered.

The virus has spread through the White House since at least September, infecting the president, the first lady and several top aides.

Pence — who was in Tallahassee, Fla., on Saturday night for a campaign event — has so far dodged the illness.