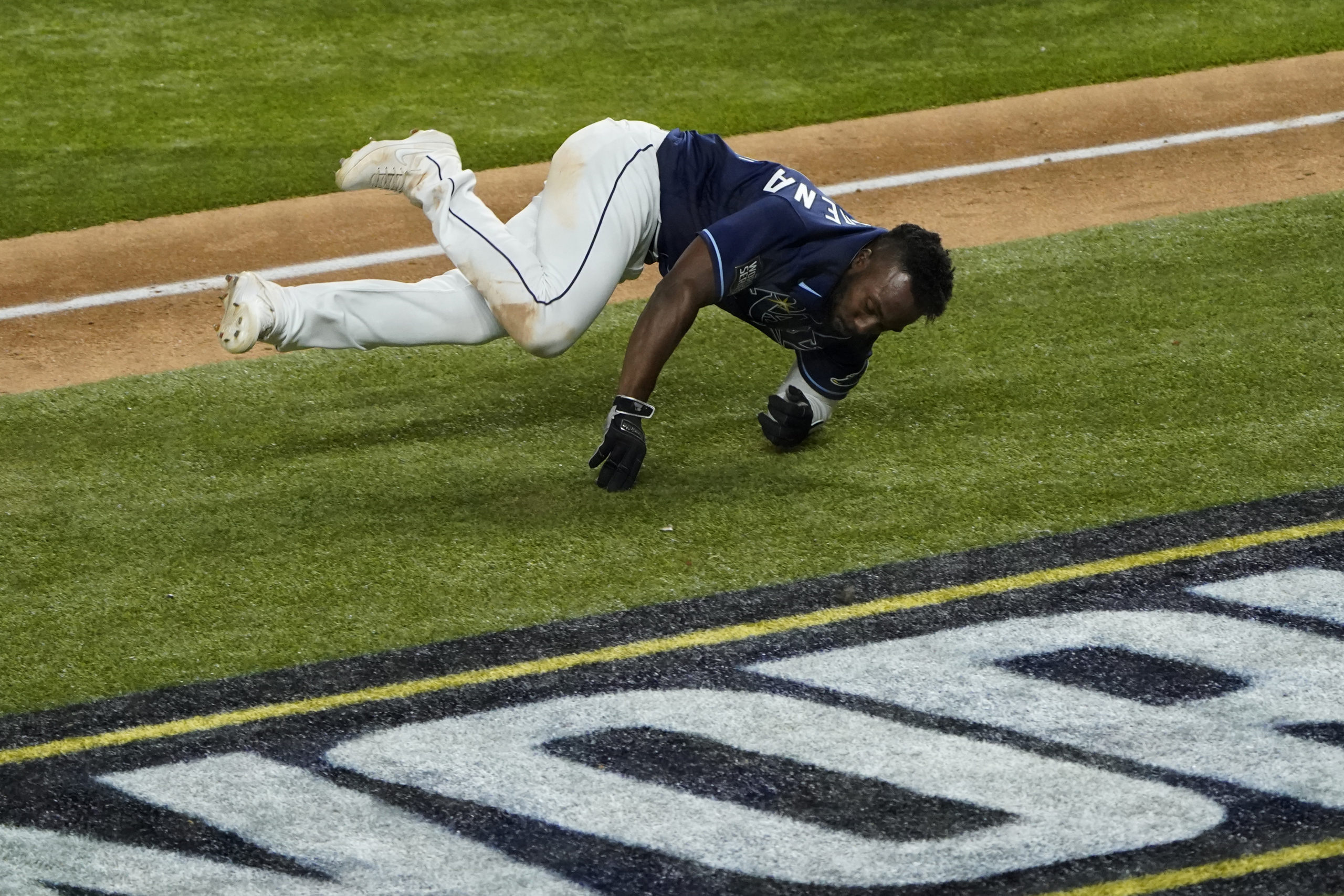 I watched my first World Series game in 1956 at a friend’s house and have watched at least part of almost every Series game since 1958, when my parents broke down and bought a television set.

The best Series game I’ve ever seen was Game 6 in 1975, between Boston and Cincinnati. The most dramatic was Game 7 in 1960, between Pittsburgh and the New York Yankees.

Yesterday’s Game 4 between Tampa Bay and the Los Angeles Dodgers doesn’t rival those two games, nor does it match some others I’ve seen. However, it might be the craziest World Series game I have ever watched.

Last night was the first time I’ve laughed hysterically at the end of a World Series game.

All Game 4’s are pivotal, but this one seemed especially so. The Dodgers were up two games to one. A Dodgers win last night, and the Rays would need to win three straight. The great Clayton Kershaw would be the Dodgers starter in one of them. Current ace Walker Beuhler would be their starter in another.

Last night’s game featured at least a run in every inning except the second. There was a lead change in the bottom of sixth, when the Rays scored three times to take a 5-4 lead. The lead changed hands again in the top of the seventh, when the Dodgers scored twice.

The Rays restored parity at 6-6 in the bottom of that inning, only to see the Dodgers regain the lead in the top of the eighth.

These changes in fortune were the result, in part, of poor relief pitching, as both managers tried to “bullpen” their way through the game. I thought Tampa Bay’s manager, Kevin Cash, might have been guilty of over-managing. He burned through two of his three best relief pitchers — Diego Castillo and Pete Fairbanks — in the middle innings, getting only 12 pitches from Fairbanks and only five from Ryan Thompson, a good middle reliever to whom Cash turned in the fourth inning.

After conceding at least one run to the Rays in every inning from the fourth on, Dodgers manager Dave Roberts finally got a shutdown inning in the eighth from the duo of Adam Kolarek and Brusdar Graterol. However, Roberts pulled Graterol after only seven pitches and brought in veteran ace Kenley Jensen to pitch the ninth. A standard move, to be fair.

Jensen isn’t nearly the pitcher he once was, though. His 91 mph cut fastball seemed out of place in a game where 95 mph looked like table stakes.

Even so, Jensen struck out the first batter he faced. He took advantage of the fact that pinch hitter Yoshitomo Tsutsugo was more intent on tying the game with one swing than on reaching base to start a rally. That’s the modern game in a nutshell.

The next batter, veteran Kevin Keirmaier did reach base on a single. However, Joey Wendell lined out to left field.

That brought Randy Arozarena to the plate. Arozarena, a Cuban refugee, was little more than a throw-in in a deal with the Cardinals last offseason that brought Jose Martinez (since traded away) to the Rays. He barely played at all for the Cards in their 2019 ALCS encounter with the Washington Nationals.

However, this year Arozarena is enjoying one of the best postseasons I can remember anyone having. He has nine home runs in 18 games, a .377 batting average, and an OPS of 1.289.

After a conference on the mound, the Dodgers decided to pitch to Arozarena, rather than put the winning run on base intentionally, but to pitch to him carefully. The result was a walk.

Up stepped Brett Phillips, a career .202 hitter. He was in the game only because Cash had used Ji-Man Choi to pinch hit for Mike Brosseau (hero of the Rays victory over the New York Yankees) and later inserted Phillips as a pinch runner for the rotund, though not unathletic, Choi.

With only a backup catcher remaining on the bench, it was up to Phillips to keep the Rays’ hopes alive.

Then came what is surely the most bizarre World Series play I’ve ever seen. Phillips dropped a single to center field. Chris Taylor, playing out of position due to in-game maneuvering by Roberts, got to the ball quickly, but booted it away.

Arozarena tried take advantage of Taylor’s misplay and score all the way from first. The play at the plate would have been close, I think. However, the Cuban, moving like a runaway freight train, tripped and fell about half down the third base line.

This was no ordinary fall. It was accompanied by tumbling that would have made Cristiano Ronaldo proud.

The throw home was on the money and, of course, in plenty of time, but slightly to the first base side of the plate. Smith thought he needed to make a sweep tag on Arozarena. Thus, he tried to catch the ball and move his glove towards the third base side in one motion. As a result, the ball bounced off of his glove towards first base.

Arozarena, having picked himself up, was able to score the winning run.

Three miscues on a single play in a World Series game between the two teams with the best records in baseball. And on a play that decided the game.

Thus did Game 4 of the 2020 World Series become an instant classic. It figures to be a hardy perennial for future writers of “This Day in Baseball History.”

Memo to MLB: Baseball can be truly exciting when batters are doing things other than striking out and hitting home runs.