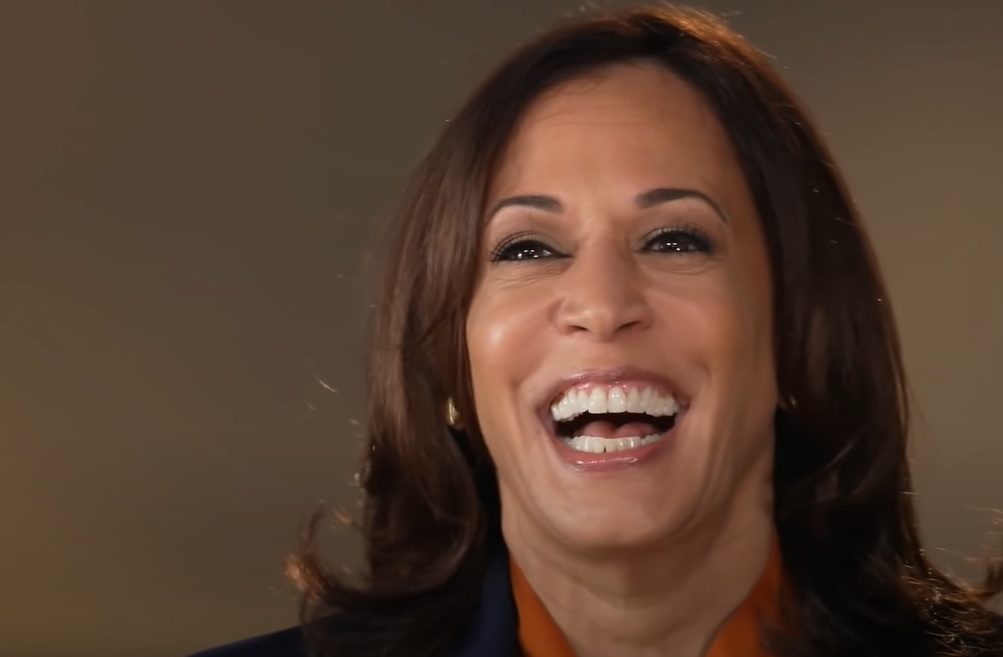 Democratic vice presidential candidate Kamala Harris was pressed on CBS’s “60 Minutes” Sunday night on whether the California senator would push a potential Biden administration further to the left than the platform has already shifted.

“You’re very different in the policies that you’ve supported in the past,” said CBS’s Norah O’Donnell. “You’re considered the most liberal United States senator.”

Harris dismissed the idea as a Republican talking point accusing O’Donnell of regurgitating a line from Vice President Mike Pence.

“Somebody said that and actually it was Mike Pence on the debate stage,” Harris said, laughing it off.

“Yeah, well actually the non-partisan GovTrack has rated you as the most liberal senator,” O’Donnell pressed. “You supported the Green New Deal. You supported Medicare for All. You’ve supported legalizing marijuana. Joe Biden doesn’t support those things. So are you going to bring the policies, those progressive policies that you supported as senator into a Biden administration?”

Harris responded by offering a non-answer, telling O’Donnell she would be governing by her own personal experiences.

“I will always share with him my lived experience as it relates to any issue that we confront. And I promised Joe that I will give him that perspective and will always be honest with him,” Harris said.

“And is that a socialist or progressive perspective?”

Harris was clearly caught off-guard by O’Donnell’s persistence. The California senator, who indeed has been rated by the independent non-partisan group GovTrack as the most progressive member of the upper chamber, again laughed off the socialist label.

“No,” Harris said chuckling uncomfortably. “I would not have joined the ticket if I didn’t support what Joe was supporting.”

O’Donnell’s consistent press for an answer marked one of Harris’s only relatively tough interviews of the entire campaign, where Democrats have enjoyed a remarkably amicable press asking former Vice President Joe Biden what kind of ice cream the candidate got at a campaign stop while being embroiled by legitimate scandal legacy media refuses to cover. Among the few other times Harris faced an actual challenge was when she was pressed by Vice President Pence on the debate stage earlier this month.

O’Donnell’s questioning, where the CBS anchor merely cited an academic standard to refute Harris’s rejection of the “socialist” label, was met with scorn from Democrats and their allies in the media as some unfair truth-to-power kind of moment. CBS’s Lesley Stahl on the other hand, denied verifiable evidence even existed on well-established claims brought up by President Trump.

Did these motherfuckers just ask @KamalaHarris if her perspective is “the socialist or progressive perspective.”

What in the actual fuck is wrong with white media? Do they even fucking HEAR themselves?

Oh, fuck me. Norah O’Donnell asking: “Are you really a socialist?”

Norah O’Donnell is doing what the MSM always does: frame every single question from Republican attack lines. Kamala did a good job handling the ridiculous line of questioning. #60Minutes pic.twitter.com/3MnioI5ysg

I had a lot of laughs over 60 Minutes but I’m not gonna forget that Norah O’Donnell is a Republican hack.

It is October 2020 and a Very Serious Journalist just looked Kamala fucking Harris in the eyes and asked her if she’s a socialist pic.twitter.com/VA5S4wBN3k

It’s possible, given Harris’s reaction to O’Donnell’s questioning, that she was not even aware of the GovTrack rating placing Harris to the left of self-proclaimed socialist Sen. Bernie Sanders of Vermont.

Considering Biden’s leftward lurch following the Democratic primary, applying the socialist label to the party’s nominee doesn’t remain too far from the truth.

In July, the Biden team hammered out a 110-page “unity” task force agreement with Sanders pledging to “rewrite the economy” and achieve “environmental justice.” The agreement earned the former primary rival’s praise that if elected, Biden would be “the most progressive president since FDR.”

Even before his selection of Harris on the ticket, Biden proposed more than $10 trillion in new spending. Former President Barack Obama reportedly told the New Yorker that between Sanders and Biden, their goals are “not that different.”