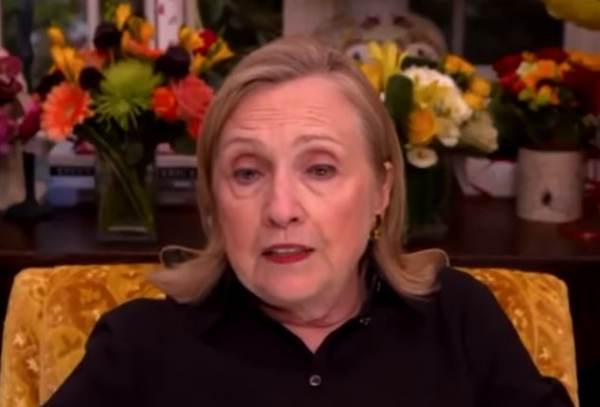 ‘Now, thankfully Nancy Pelosi bless her heart in every way we can, has teed up a lot of great legislation,” Clinton told SiriusXM’s Signal Boost this morning.https://t.co/vps54u99Oy pic.twitter.com/XzwK8ZNW9c

Hillary Clinton: You know, I’ve told the Obama campaign, uh, I mean I told the Biden campaign and the Biden transition that they’re going to have to move really fast because let’s assume we take back the senate. It matters if we take it back and have 50 votes, or 51 votes or more. And we’re going to have to move very quickly. And thankfully, Nancy Pelosi, and bless her heart in every way we can, has teed up a lot of liberal legislation. It’s been sitting there dying in Mitch McConnell’s office. But she has legislated on everything we care about. Even bipartisan legislation. So I would hope that if we get the Democratic Senate… if we want to get something done again. And one of the areas we’ll have to move quickly on is the courts. We’re gonna have to move quickly on everything, election reform, climate change, COVID relief, expanding healthcare, everything that we care about.