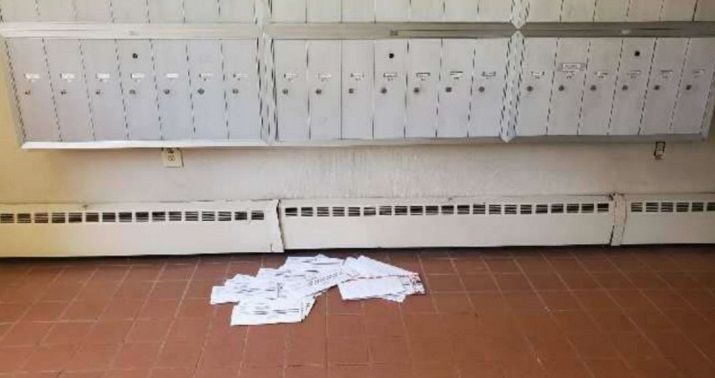 This is turning into something of a habit at this point. Republican officials from multiple states have been challenging Democrats’ efforts to stretch out mail-in voting deadlines as far as possible. Given the short window left before the election, most of these challenges are being booted straight up to the Supreme Court for a resolution on an emergency basis. The latest two episodes of this show took place yesterday, with the final one coming from the tightly contested state of North Carolina. There, Democrats issued a rule stating that ballots could be accepted up to six days after election day and the GOP objected. A lower federal court sided with the Democrats and the Supremes once again allowed the lower court’s ruling to stand. (NBC News)

The Supreme Court late Wednesday declined to block lower court rulings that allow six extra days for accepting ballots sent by mail in North Carolina. The justices left the later deadline in place, a victory for Democrats in a presidential battleground state…

The Trump campaign, state and national Republican parties, and Republican leaders of the state legislature said a decision by North Carolina’s Board of Elections to extend the deadline, upheld by lower federal courts, had posed “an immediate threat to the integrity of the federal elections process.”

The board changed the mail ballot deadline from Nov. 6, set by the state legislature in June, to Nov. 12, explaining that it acted “to protect lawful North Carolina voters from having their votes thrown out because of mail delays that the Postal Service had explicitly warned the state about.”

Some of you may be wondering how Amy Coney Barrett voted, now that she’s been seated as an Associate Justice. The answer is that she didn’t. There was another vote earlier in the day giving the court a second chance to overturn a similar ruling in Pennsylvania. Barrett didn’t vote in that one either. The stated reason was plain enough. She had only just arrived that day and hadn’t had time to fully review the requests from both parties. That’s pretty standard for any new justice showing up in the middle of a busy court schedule.

The North Carolina ruling isn’t as bad as it may look on the surface, and not nearly as odious as the Pennsylvania decision. Despite stretching the deadline out to November 12, any ballots received during that period will still have to be clearly postmarked by election day, November 3rd. All this rule is really doing is allowing for the possibility that the Post Office might not be able to deliver some ballots as quickly as usual due to anticipated high volumes of mail.

The other thing I would note, just as with the recent decision on the same subject in Wisconsin, is that the court continues to not override the decisions made by the lower-level federal courts who are closer to the dispute. As long as the rules don’t appear discriminatory or unconstitutional, how states run their elections is typically left up to them. There’s plenty of precedent for this, so it’s not outrageous that the court would continue to defer in these matters. Clearly justices Thomas, Alito and Gorsuch don’t agree, but they appear to be in the minority here. And even if Barrett had decided to vote and sided with them, the measure still would have failed.