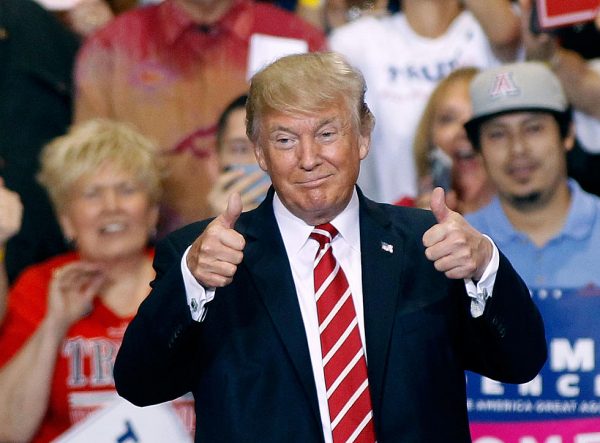 We are five days away from Election Day, but we have also been accepting mail and early in-person voting for a while now. In fact, for most states the early voting part ends tomorrow. I don’t know about you, but I will be glad to be rid of all the annoying political ads and the incessant drumbeat of media commentary. But for here I want to take a look at the early vote numbers, and what it suggests for the election condition overall.

You may note that I am paying no attention at all to the polls. That’s because the work of a polling agency, whether well-intentioned or not, is far less significant than the meaning of actual votes. It’s important to also understand what we can and cannot confirm from early voting.

First, a bit of context. Democrats usually take advantage of early voting more than Republicans. This may be due to the habit of voting on election day at the usual precinct, or because younger voters are a bit more in a hurry to get their vote in. This means that Democrats usually gain a lead in early voting, which is one reason the media is warning voters not to read too much from early voting; there is a theory that Clinton supporters relaxed when she led in early voting, and so were not able to match the Election-day rush from Trump supporters.

At this date, Target Smart shows that 69.2 million people have voted, and of those 33.8 million were Democrats and 28.5 million were Republicans (a 5.3 million vote difference, with 6.9 million early votes from Independents). That’s a 48.8% to 41.2% split in favor of the Democrats.

The first thing I will note is that 48.8% Democrats is a pretty high portion of the vote, even if that’s early, but the 41.2% Republican share is higher than the weighting used in all those polls. A lot higher, especially if Republicans will do better on Election Day than Democrats.

But will they? Some in the media have started selling the claim that Republicans ‘cannibalized’ their votes to get some early shots in. But the polls, yes the same ones that like Biden so much, say that’s not the case. The JTN/RMG Research poll says that 54% of Democrats have already voted, versus only 39% of Republicans. And the Economist/YouGov poll says that 64% of “Biden supporters” have already voted, versus 42% of “Trump supporters”.

Now we can’t tell for sure that someone will have voted for Trump or Biden just from their party, but I do think generally it’s likely to believe that Democrats will vote for Biden, and Republicans will vote for Trump. Using the JTN poll’s numbers, that would mean that Biden will end up with 62.6 million votes plus whatever he gets from Independents, versus 73.1 million for Trump plus whatever he gets from Independents. Since I think with California and New York going to Biden, he must beat Trump in the aggregate Popular Vote to have a chance to win the Electoral Vote, that means Biden needs to win Independents by something like 1.1 million votes, which is not a hill he could easily climb. Using the Economist’s numbers, Trump is projected to lead Biden 67.9 million to 52.8 million, a 15.1 million vote lead that Godzilla would have trouble climbing over. These are very raw figures of course, and could be very different from the real end product, but it does suggest that if Trump’s Election-Day turnout is anything like History suggests, then the President may be in very good shape.

But it’s important not to get over-confident, and I have always known to focus on the states. Assuming turnout on Election Day is as expected, not as the polls project, I see Biden claiming 83.3 million votes to Trump’s 78.7 million as things stand now. That 4.6 million vote spread is consistent with what I have read from most analysts, but again what matters is how the states play out. And for that I consider the historical performance of the states, the voter registration numbers in states, and the turnout results in early voting relative to 2016.

First, the numbers from Target Smart and NBC indicate that Trump’s early voting performance is as good or better than 2016 in twenty-eight states out of fifty, and worse in twenty-two. For the most part, this appears to be simply the result of polarization. In another eight states, Trump has done worse than 2016 in early voting, but voter registration trends are in his favor, sometimes to strong degrees. This creates opportunity in thirty-six states, sometimes not enough to win the state but enough to make things interesting. Here are my worst-to-best battleground state conditions as I see them at this time:

Trading Nevada for Michigan and losing Arizona would hurt a bit, but President Trump is still projected to win re-election with 283 Electoral votes. And if he continues to gain strength, that final tally could be much more impressive.

With that said, it still comes down to people actually showing up and voting. As of today, Democrats have a lead which will only be beaten with Republicans and Independents showing up at the polls and supporting the only adults in the election. We need to vote, get our family and friends to vote, and work like it will come down the wire.

Because it probably will.

Wizbang Weekend Caption Contest™
Psst! The Economy Is Enjoying The Most Powerful Recovery In History