There is a cascade preference for Trump among black voters 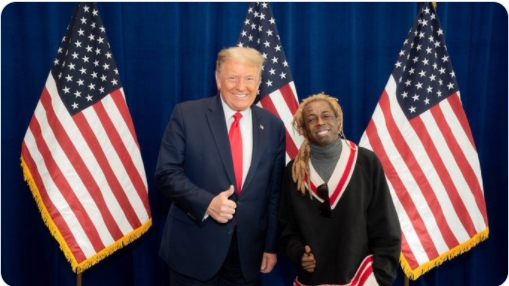 Before Trump took office, conventional wisdom was that American blacks would never vote Republican. As Lyndon Johnson reputedly said after passing the Civil Rights Act, “I’ll have those n****** voting Democratic for the next 200 years.” It didn’t matter that Democrats broke their promises or that their policies worsened the plight of inner-city blacks. Black voters remained loyal. This year, though, after Trump spent four years making a positive difference for black America, blacks are breaking ranks and openly supporting President Trump.

Thomas Sowell wrote in 2016, shortly before Trump was elected, “Black votes matter. If Republicans could get 20 percent of black votes, the Democrats would be ruined.” He added, though, “This is highly unlikely, given the approach used by Republicans.”

Thankfully, Trump jettisoned the traditional Republican approach to blacks, which was to ignore them. He supercharged the economy, which helped blacks. He choked off illegal immigration, which helped blacks. He reversed the disastrous 1994 Crime Bill that sent generations of black sons, brothers, and fathers to prison. He partnered with Sen. Tim Scott to create opportunity zones in black communities. He also worked with faith leaders, academics, musicians, and Kardashians, always with an eye, not to aggrandizing himself, but truly to improving the quality of black life in America.

Today, Trump tweeted out a video showing a man named Barry praising Trump’s policies, promises, and brains. Even more than his praise for Trump, Barry’s understanding of Biden – his criminality, his racism, his uselessness, and his affinity for China – is epic:

In Flint, Michigan, lifelong Democrat Maurice Davis, who voted for Hillary in 2016, stood before a cheering Trump-supporting crowd and announced that he too was supporting Donald Trump. He had looked at the crumbling community around him and harked back to Trump’s question four years ago: “What have you got to lose?” The Trump administration, said Davis, had reached out to him. That mattered. And he got a loving welcome from Republicans, which mattered too, because he is a patriot and wants the country to come together. His short speech is very moving:

Rappers have also started endorsing Trump. Kanye started it, of course, but he realized that maybe he’d be better going it alone.

Ice Cube stopped well short of supporting Trump but still said that the Trump administration had been willing to work with him in a way no other administration ever had.

50 Cent encouraged fans to vote for Trump when he realized what his tax bill would be under a Biden administration. He made a U-turn on that when his ex-girlfriend, Chelsea Handler, told him to stop thinking for himself and, instead, to think like a generic black man, plus she promised to pay his taxes for him. It didn’t seem to matter to 50 Cent that most blacks don’t have a rich girlfriend to pay them for their vote.

Wakka Flocka Flame endorsed Trump, saying that he is a better president than Barack Obama was:

It all started on Thursday when hip-hop personality and commentator DJ Akademiks shared a clip of a speech Obama gave on Instagram. Obama appeared at a rally in Philadelphia on Wednesday in support of his former vice president and the current Democratic presidential candidate, Joe Biden. “The big homie #barackobama violated #donaldtrump at a rally event today,” Akademiks captioned the post.

One of Akademiks’ followers commented that “it’s people who think Trump is a better President than Obama” along with a clown-face emoji, to which Flocka replied: “Guess I’m a clown.”

Earlier this week, Lil Pump endorsed Trump because he, like 50 Cent before Handler browbeat him, doesn’t want to pay high taxes (language warning):

And then, just yesterday, Lil Wayne boasted about a “great meeting” he had with Trump regarding criminal justice reform and Trump’s Platinum Plan, which will treat both the KKK and Antifa as terrorist groups, make Juneteenth a federal holiday, and continue to work on bolstering blacks’ economic status.

Just had a great meeting with @realdonaldtrump @potus besides what he’s done so far with criminal reform, the platinum plan is going to give the community real ownership. He listened to what we had to say today and assured he will and can get it done. 🤙🏾 pic.twitter.com/Q9c5k1yMWf

All of the prominent blacks who have transferred their allegiance to Trump have gotten grief for doing so. Nevertheless, most of them are sticking to their guns and every day more join in. This is a preference cascade in action.

Pair the preference cascade with the news that, after the last debate, 46% of black voters support Trump, and you can imagine that Democrats are contemplating their political apocalypse. Remember, though, that the only poll that matters is on November 3, so be sure to vote as soon as you are able. Yours may be the vote that makes the difference.