Alexandria Ocasio-Cortez Shows Off Her Drag 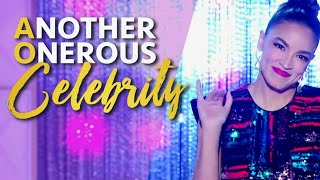 As it is another day that ends in “y,” Rep. Alexandria Ocasio-Cortez (D-NY) has found the spotlight. There were so many stories involving AOC last week, that an encore performance was needed. This one involves her favorite past times of being celebrity and bartending. Showtime released the seven-minute mini documentary of AOC in her home district of the Bronx and Queens, where she loves the bodega life and being a bartender. But it was her excitement of a dream come true over being involved as a guest judge on the upcoming season of “RuPaul’s Drag Race,” that clearly demonstrated how much of a celebrity she desires.
www.freedomproject.com
© FreedomProject 2020