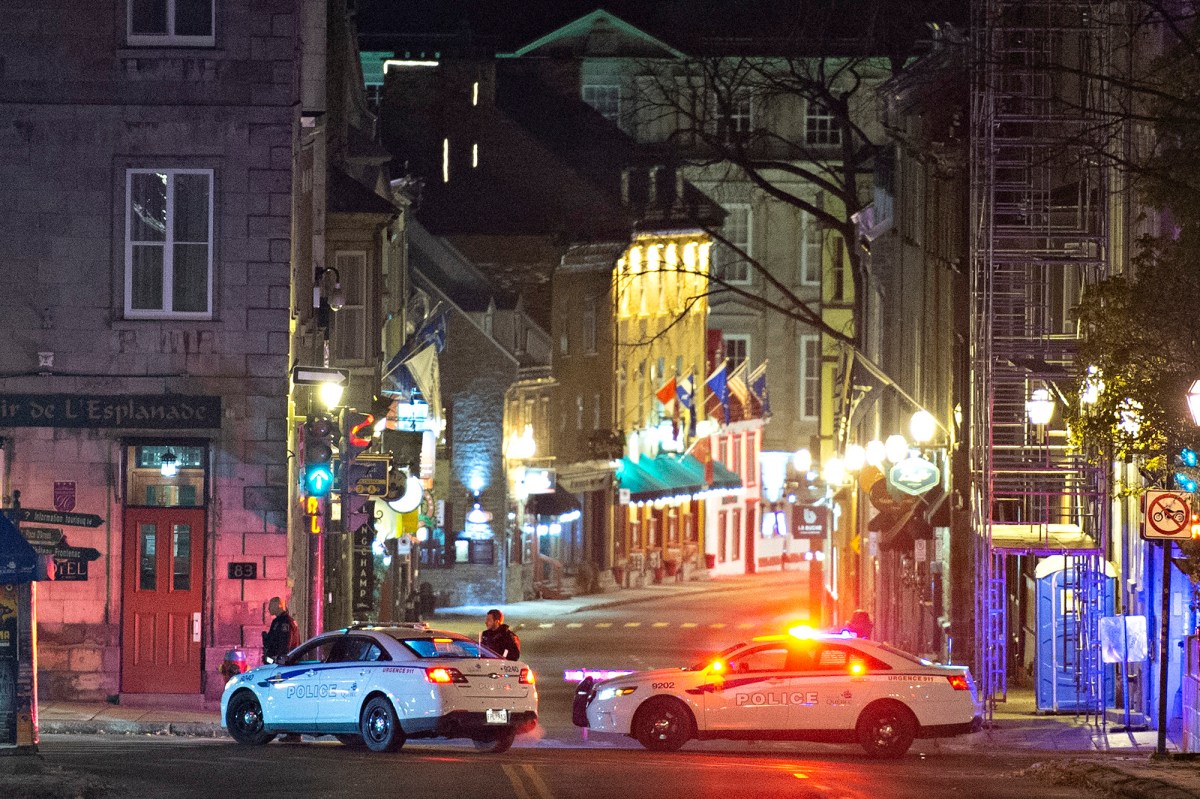 The costumed man who killed two people with a samurai sword and injured five others in Quebec’s old town Saturday night wanted to cause as much mayhem as possible, authorities said Sunday after his arrest.

The unidentified 24-year-old suspect, who lives outside of Montreal, was nabbed shortly before 1 a.m. on Sunday, less than a mile from the scene of the attacks, the CBC said.

He came to Quebec City “with the intention of doing the most damage possible” and likely “chose his victims at random,” Quebec City police chief Robert Pigeon said.

The rampage began at around 10:30 p.m., when the swordsman stopped his car near the Chateau Frontenac, a landmark hotel in the walled part of the city, Pigeon said.

The first victim’s body was found “lying on the ground, bludgeoned” in the vicinity of the hotel, according to the Globe and Mail.

Police found the car later with its engine on and a sword sheath and cans of gasoline inside, the paper said.

The violence continued for over two hours as police surrounded the vicinity and ordered locals to stay inside.

“We heard someone shout ‘there’s a sicko with a knife!’ Further away we heard screams. It was Halloween. In the beginning we thought it was pranks,” one witness told radio station FM93.

The unnamed suspect had no criminal record, but revealed “in a medical context” five years ago that he wanted to commit violence, police said.

“My heart breaks for the loved ones of the two people killed in last night’s horrific attack in Quebec City. I’m also wishing a full recovery to the injured,” Trudeau posted on Twitter.